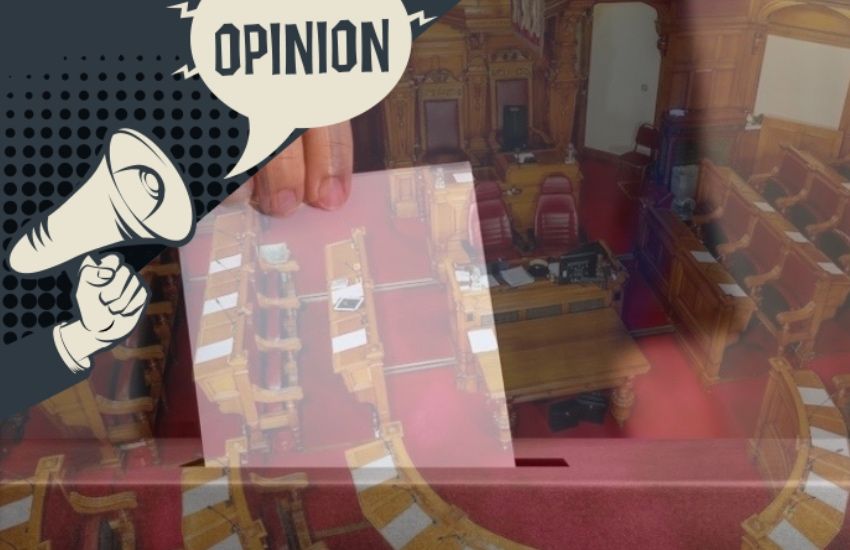 An opinion poll by a well-known organisation declared in 2014 that nearly three out of every five UK voters expect more from the government than they do from God!

I will leave it up to individual readers how to react to such a facetious observation. However, it does rather highlight some of the problems with representative democracy today. Public expectations and the ability of our elected representatives to meet them, and the reality is as wide apart as it was ever thus.

Declarations are now being made publicly from those who wish to stand for election in June, amongst these are existing states members, brand new candidates, and a number from the old guard. We have also witnessed the rise, and some might say fall, of the new party political system. A number of candidates who had nailed their mast to a particular party have reassessed their decision believing standing as an independent is a safer option.

Collaboration amongst others is also taking place with a coalition formed by those with shared policies and values. Electioneering is hotting up but will it result in a ‘new politics’ in Jersey or just a variation on an old theme?

I have to declare I view with some skepticism the decision by former parliamentarians in their decision to come out of retirement. No doubt they have good intentions but life has moved on and it's a whole new ball game now. The set-up of the public service is very different and the challenges faced for the government are large indeed. Those from the old guard may well yet believe change, and a return to what once worked well is required but they may be disappointed once they submit their proposals to their new colleagues.

The economic situation we all face currently, and the huge uncertainties surrounding events in Europe are still unfolding. How we as a small island jurisdiction are able to manage these, and other problems does, seem to a mere observer, hard to quantify. One can only admire those willing to take on the challenge but are they up to the task?

Voter turnout in Jersey is not high and the recent changes may well yet prove to be a huge mistake. The new districts, the loss of an island wide mandate are already being criticized by a number of knowledgeable commentators including former politicians, and indeed outgoing states members.

There is a real risk our traditional poor turnout at the June election, if it follows true to form, will not provide a meaningful result or indeed a sound mandate for the new assembly. Once elected of course it is down to states members to appoint the Council of Ministers, and that in itself, may prove a difficult choice for many.

Of course for many voters and nonvoters alike, there remains growing public pessimism that no matter who is in office, or what they do, in the end nothing really changes. Perhaps what we need most is less democracy and more accountability? We might do well perhaps to listen to the old guard on the island who say we need a return to a more values-based approach to how we do politics.