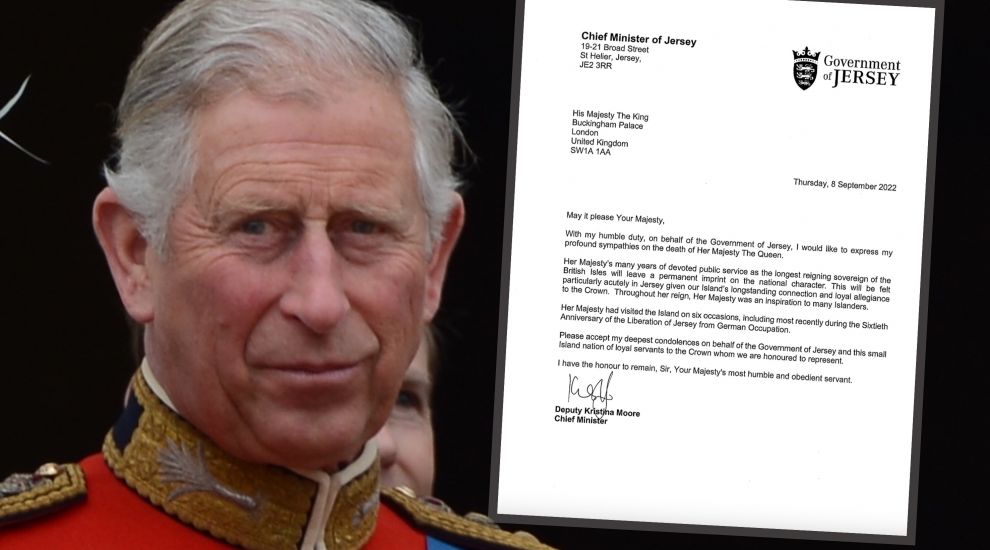 The Chief Minister has released her letter of condolences to the new King following the passing of his mother, Queen Elizabeth II.

Deputy Kristina Moore wrote to King Charles III yesterday, expressing her "profound sympathies on the death of Her Majesty The Queen" on behalf of the Government.

That letter has now been made public, and you can read it in full below... 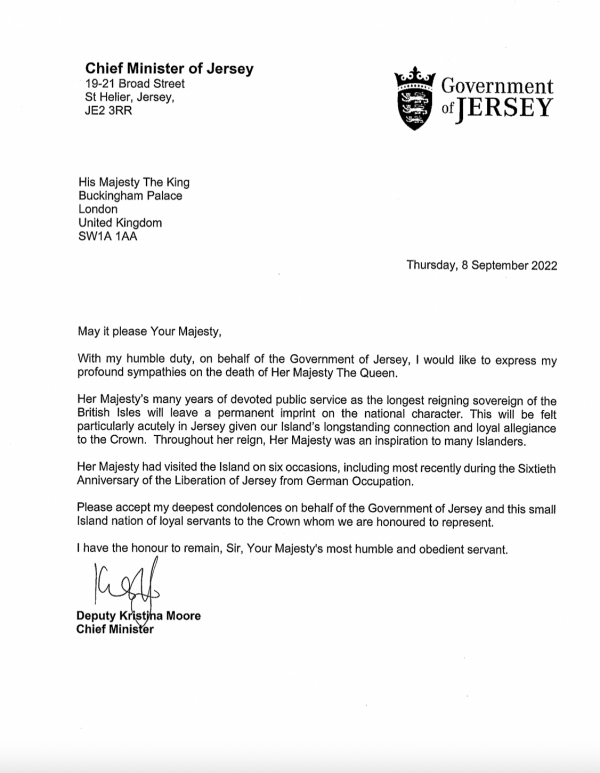 Click here for live updates on how Jersey is marking the death of Her Majesty.

WATCH: Platinum memories - our last great celebration of the Queen