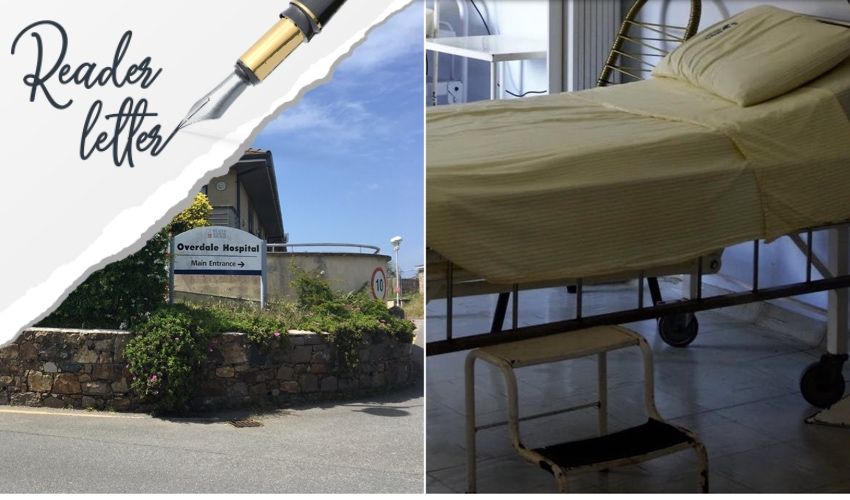 A reader has explained why they believe the island's stroke and trauma rehabilitation offering has "gone from a gold standard... to well below bronze", describing it as "nothing short of a scandal".

Brigadier Bruce Willing CBE had this to say...

I had to read the government announcement of its underspend in this financial year twice to believe what I was reading. Health and Community Services have saved £1.8 million by closing Samares Ward, Jersey’s only purpose-built rehabilitation facility designed to rehabilitate those suffering from severe strokes or recovering from severe injuries. This was Jersey’s ‘Headley Court’, (the famous military rehabilitation centre, now replaced by the National Rehabilitation Centre in Nottinghamshire, opened in 2018).

Samares Ward was closed in May 2020, allegedly to assist with the rehabilitation of Covid 19 patients recovering from being on ventilators. Now we discover that it was closed to save money – at the expense of seriously ill and injured islanders.

It was replaced with two bays in the Plemont medical ward in the General Hospital, one for ladies and one for men, each bay with six beds, squashed together, with no privacy, where everything, including the bed, must be moved when a cleaner, health care assistant or nurse wants to see a patient to help, or to make the bed, or to clean. Thus, the number of patients that can be catered is twelve. A third bay is taken up with the Hospital High Dependency Unit and a fourth by the physiotherapy gym. There is a tiny physiotherapy space compared to Samares Ward, and Occupational Therapy is confined to a corner of the physiotherapy ‘gym’. Worse than this, the gym can instantly revert to a medical bay, and the whole unit moved to another area, or closed at little notice. We have therefore gone from a gold standard of rehabilitation to well below bronze.

The huge difference between Overdale and its replacement is that at Samares Ward you left when nothing much more could be done for you, and further recovery would happen naturally, with time and exercise at home. At the General Hospital, you are sent home when those in charge decide that you can cope somehow, with help and adjustments and help, except that the home care and assistance is left to the patient’s family to sort out at their own expense. Some are sent to Care Homes or Nursing Homes and are lost to the rehabilitation system.

This is nothing short of a scandal, made worse by the proposal for the Plemont Ward system to be carried forward to the new hospital when it opens at the end of 2026. No wonder that a petition calling for the reopening of Samares Ward without delay has gathered more than 1,000 signatures in little over a week.  Sadly, my comment on not having a stroke in Jersey, although alarmist is a summary of a new rehabilitation reality in Jersey today. Therefore, Government must not be surprised if there is a public protest about this appalling situation.