Balls: We are a pro-business party 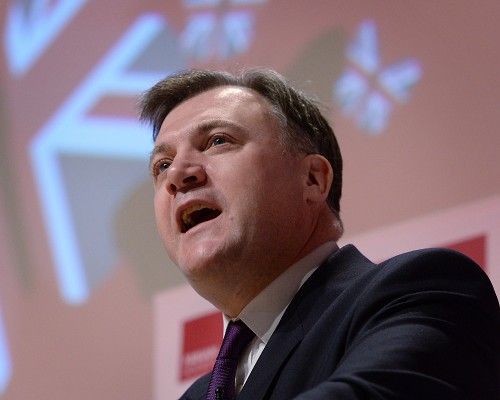 Balls: We are a pro-business party

Ed Balls has insisted Labour is not anti-business as a former Labour minister accused the party of choosing to "kick" Britain's wealth creators in the row over the 50p tax.

Lord Digby Jones said he expected the Shadow Chancellor to increase the top rate of tax to 55p or even 60p in government - something Mr Ball has denied. Business figures have continued to criticise the plans with the head of the London Stock Exchange Group, Xavier Rolet, the latest to raise concerns about its potential impact.

"The right tax rate for entrepreneurs is what motivates investments," he told Sky News.

"There are worries and certainly concerns that we do share that increasing the taxation, reversing if you want, the measures that have been taken in the last few years, could impact not only foreign but also domestic investments."

A poll for The Mail on Sunday found six out of ten adults backed the move and 40% disagreed that it would make the rich leave Britain.

But business leaders warned that the announcement would "significantly damage Labour's credibility" while former Labour City minister Lord Myners suggested the plans would not even get "a pass at GCSE".

Former Labour trade minister Lord Jones, now a crossbench peer, told BBC Radio 4's The World This Weekend: "In the last few months we've got, oh, if it creates wealth let's kick it - really go for energy companies, really go for house-building, bankers, this time it's going to be the high-earners.

He went on: "I am amazed he's going to keep it at 50(p). I'd expect if he becomes chancellor of the exchequer we could be looking at 55, 60 on the excuse he gave today."

Alistair Darling, who introduced the 50p rate when he was Chancellor, backed Mr Balls' plan to restore the rate.

He told the Sky News Murnaghan programme: "It's part of the deficit reduction plan that he set out and I thought Ed Balls delivered a very good speech yesterday."

He added: "In relation to the timing, you can always argue about this but I think Ed Balls is quite right, this is the last full year before the general election, to lay out proposals here in relation to deficit reduction and that's how you have to see this particular tax in that context.

"Also other measures in relation to supporting business and getting growth going, the business investment bank rates and so on. We are about 15 months away from a general election and I think this is absolutely the right time to do it."

Mr Balls defended the plans and also said he was "proud" of the Labour government's public spending as he defended its record ahead of the financial crash.

He added: "It's absolutely not back to the 1980s or the 1990s. I was part of a government which did very many things to open up markets, make the Bank of England independent, to work closely with business but the reality is we are in very difficult circumstances and because, if I'm honest with you, George Osborne's failure in the last few years, those difficult circumstances will now last well in to the next parliament."

Pressed on whether Labour should apologise for its level of public spending in government, Mr Balls said: "We didn't spend every pound of public money well but, to be honest, I'm really proud of what we did in our investment in the National Health Service, I'm really proud of the improvement in standards in schools, the extra police on the streets, what we did to tackle anti-social behaviour.

"But do I think the level of public spending going into the crisis was a problem for Britain? No, I don't."