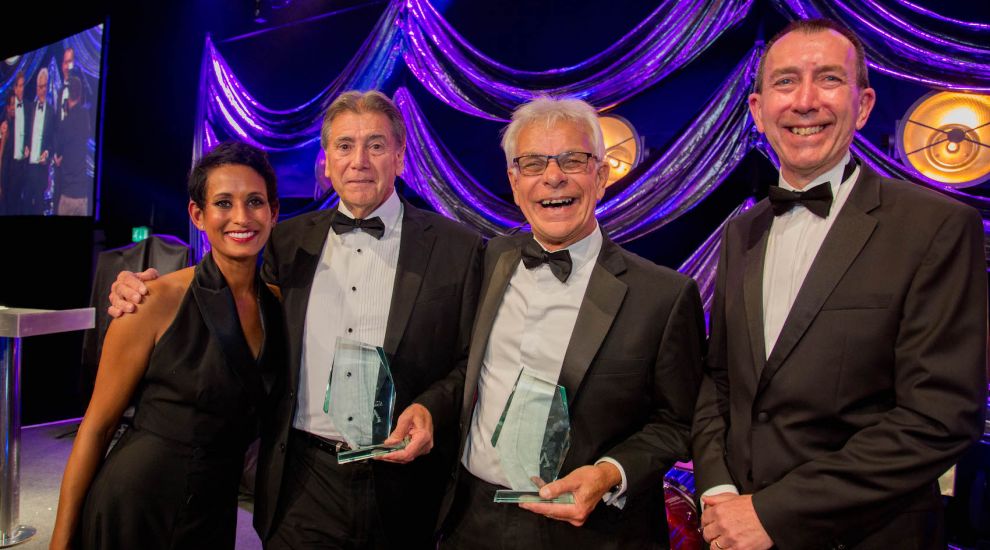 A trio of construction legends have been recognised for their decades of dedication to making their industry - and Jersey - a better place.

Held on Saturday 16 October, the glittering Jersey Construction Awards ceremony brought together 400 people from across the industry that represents 10% of the island’s labour market in a celebration of the resilience and collaboration demonstrated over the past 24 months.

Both were praised for their many years of dedication to Jersey after making the island their  “adopted home”, and going on to work on projects spanning retail to health. 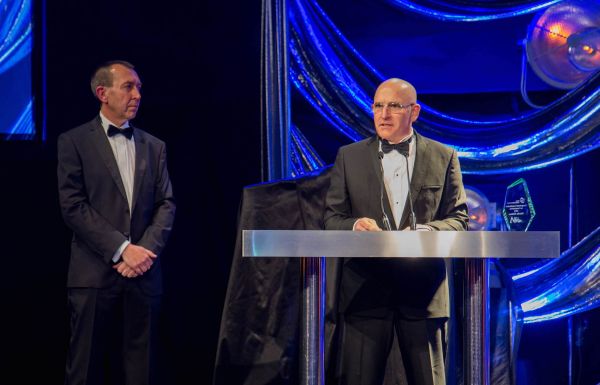 While the award represented his “dedication and leadership” during the pandemic, which helped keep sites open and saw industry secure lifeline support from Government such as through the permit scheme, it also recognised his wider contributions at the “forefront of the industry”, particularly in the realm of health and safety, for over 20 years.

Among the achievements listed were his championing of the Passport to Safety Scheme – a multiple choice test available in several languages for anyone who needs to spend time on a construction site, which launched in the early 2000s.

In a speech prior to receiving his award, Mr Holmes emphasised that health and safety should be “top of the agenda” for the sector.

Its ongoing importance was highlighted with the launch of a joint initiative between the Jersey Safety Council and six of the largest main contractors to roll out through the supply chain Behavioural Safety Leadership Training. 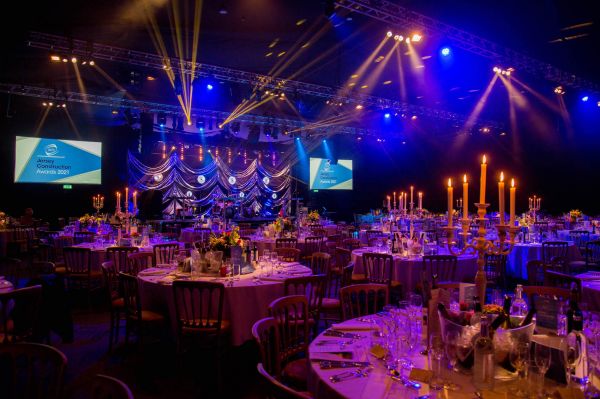 Pictured: 13 awards were presented at the gala dinner at the Royal Jersey Showground.

Mr Holmes also said that the industry needed to work to eliminate any perceptions of being unsafe as it seeks to generate interest among local young people given the difficulties of the post-Brexit labour market.

On this note, he celebrated the success over the past two years of the Design Engineer Construct programme, which now has more than 400 children across five island secondary schools studying Construction as a core subject, and recently saw Highlands students invited to pitch ideas for the redevelopment of Broad Street.

Workforce aside, further challenges to the industry, according to Mr Holmes, included the closure of Simon Sand Quarry, the collapse of Bellozanne’s main contractor and potential implications from the short-term Island Plan.

But the overall message was one of celebration, with Mr Holmes paying tribute to those who came together to make the Nightingale construction project possible and sharing excitement about increasing “momentum” behind “social value” initiatives.

Pictured: Guests at the event were treated to a Q&A with BBC broadcaster Naga Munchetty.

Continuing support for the Brick Foundation – the JeCC’s charitable arm, which sees local companies offer their services freely for community projects – was welcomed. Last year saw the foundation complete its biggest project yet – the redevelopment of one of the kennel blocks at the JSPCA to create a Small Animal Centre. The awards night itself generated £4,000 for the foundation through a raffle.

Brian McCarthy, Managing Director of Le Masurier, Jersey's second oldest company which is behind the Premier Inn developments, said being awarded Business of the Year with Under 10 Employees reflected the firm's enthusiasm for generating "long-term social value". Granite Le Pelley seized the award for larger firms.

The three projects of the year were La Cotte de St. Brelade, St. Thomas's Church spire and Les Quennevais School, while the redevelopment of the former St. Martin's primary school was ranked top for its sustainability.

But special praise was reserved for the Millbrook-based Nightingale Wing project. 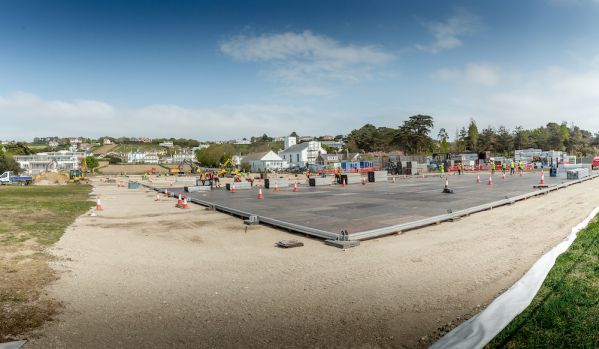 It received a Judges Award in recognition of the 80-plus local firms that set competition aside and joined forces to make the 180-bed covid hospital a reality in just 25 days in May 2020.

JeCC Business of the Year Under 10 Employees

Normans/Hadley Steel Framing Business of the Year Over 10 Employees

Grant Thornton Project of the Year up to £1m

Ronez Project of the Year Over £5m

George Carswell and Phil James (pictured top with Naga Munchetty on the left, and Martin Holmes on the right)