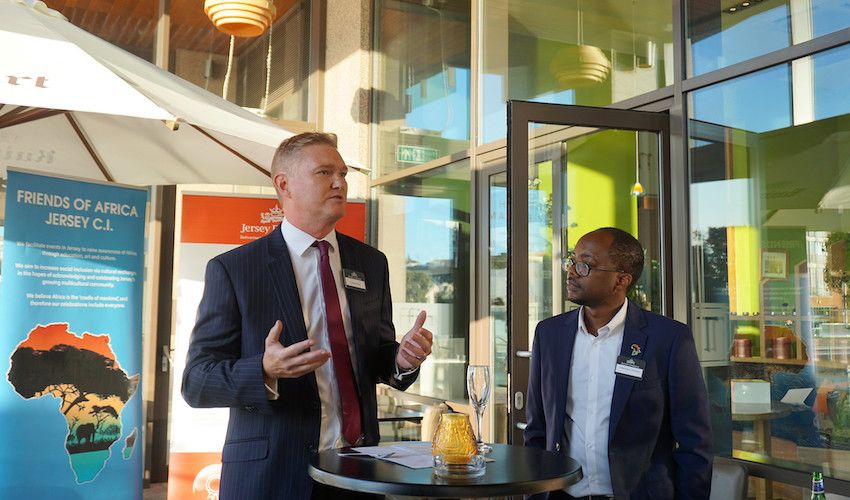 Jersey Finance has celebrated the island's longstanding relationship with Africa, as the island's largest business sector continues to forge connections on the continent.

The island's key finance promotion body recently hosted a networking reception in partnership with Friends of Africa Jersey CI, a charity aiming to promote, share and enhance the profile of Africa and African culture locally.

The event brought together approximately 100 members of the Friends of Africa community and members of Jersey’s finance industry, who share a mutual interest in Africa.

Commenting on the event, Allan Wood, Jersey Finance’s Regional Head – West, said: “Social inclusion is an essential component in a beautiful Island such as ours. We have a growing number of people of African descent on the Island who have made Jersey their home. We would like to support them to share their cultures and heritage, in turn enriching the culture of Jersey, whilst keeping in touch with their roots.

"Bringing the Jersey Africa diaspora together with the professionals that regularly travel out to Africa can only enrich relationships. Thanks to Washington Gwatidzo, the Friends of Africa community and the Jersey Finance marketing team for making this event possible.”

Video: A short film produced by Jersey Finance about the island's relationship with South Africa.

Washington Gwatidzo, Chairperson for Friends of Africa Jersey CI, added: “This networking event celebrates the growing relationship between Jersey and Africa; Jersey has opened its arms to us and in turn Africa has some of its brightest minds who contribute to the Island’s economy.

"Cultural exchange, increase of diversity and connectivity are the bedrock of getting the best out of both Jersey and Africa and more events of this nature will continue to foster positive relationships benefiting both in the long term.”

The renewed emphasis on the connection between the island and Africa comes as Jersey's government has published its Global Markets Strategy.

Put together by the External Relations Department, the document outlines an ambition to continue strengthening links with Africa, to which the government believes it can "act as a partner... to help support and deliver sustainable growth by the provision of access to capital markets, investor protection, and expertise and governance experience in areas such as anti- corruption and tax transparency".