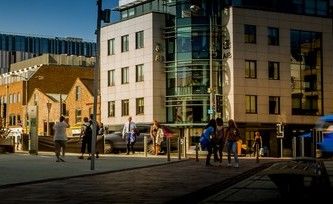 This week the Exchequer Secretary to the Treasury, David Gauke, described Jersey and the other Crown Dependencies and Overseas Territories as being at “the forefront” globally on the agenda for tax transparency.

This follows a further positive endorsement from the Secretary General of the Organisation for Economic Co-operation and Development (OECD) Angel Gurria, who praised Jersey’s efforts in tackling tax evasion at a major Europe-wide conference held in Brussels last month.

The Secretary General’s remarks came in a panel session at the European Competition Forum 2014, held on 11th February, looking at Taxation and Competition Policy in Europe. With specific reference to the G8 Summit in Lough Erne in June 2013, Mr Gurria said that he was “very happy” with the way Jersey and the other Crown Dependencies had responded to the global drive towards greater international cooperation and transparency, commenting that he had received “a number of commitments directly from the Crown Dependencies”.

He went on to allude to problems in this area that are now being focussed on, in what he referred to as “the big islands”, the UK and the US.

Meanwhile, the latest comments from Mr Gauke were made whilst answering a written question in the House of Commons when he highlighted the strides taken by the Crown Dependencies.

He said: “All of the UK's Crown Dependencies and Overseas Territories with financial centres have taken significant steps forward on tax transparency putting them at the forefront of this agenda globally. In addition to signing agreements with the UK for the automatic exchange of tax information, they have also agreed to be early adopters of the new global standard for automatic exchange. We will continue to work closely with the Crown Dependencies and Overseas Territories and will continue to press other financial centres to match the steps they have taken.”