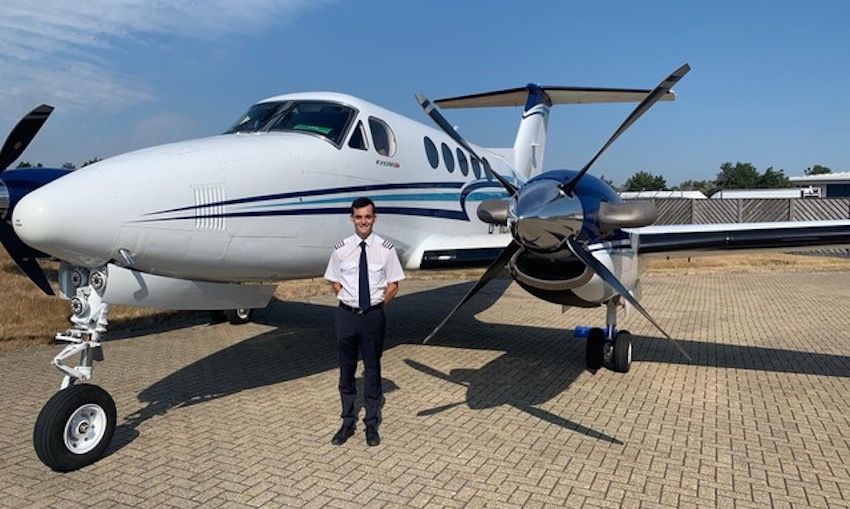 An islander passionate about flying has joined Isle-fly as a First Officer after training in Florida.

He then completed his commercial training in Arizona before moving to London to enhance his experiences of flying in poor weather.

He joins the Isle-Fly team after completing training on one of its main aircraft - the King Air B250GT - in Florida. He has now become First Officer of this aircraft.

He was awarded the Youngest Solo pilot award and the most promising student pilot award at just 17 years old.

“George is a talented young man with a bright flying future ahead of him," Paul Sabin, Director of Flight Operations said. "We feel very lucky to have him on the team.

"The airline industry has suffered greatly during the covid-19 pandemic, however due to the nature of our work as a private air charter, we have continued to be busy with pilots like George flying as far north as the Faroe Islands and as far south as Ibiza, chartering flights to Sion down the Rhone Valley and eleven other European countries."

Mr Romeril added: “I have been obsessed with aviation since I can remember. Growing up in St. Ouen, meant I was lucky enough to live near to the airport where I used to take the Number 9 bus from home to the airport in the summer to meet my instructor Dave Jandron who taught me to fly.

"It’s a huge achievement for me to work for Isle-fly not just because they are a great company to work for, but the experiences I have already had have been life-changing."