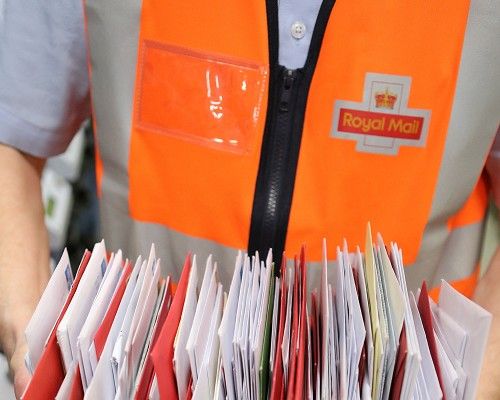 The Government could have achieved better value for the taxpayer through its controversial privatisation of Royal Mail, according to a new report which revealed that most investors given priority to buy shares, sold them shortly after making a profit.

The National Audit Office (NAO) disclosed that 12 priority investors sold all or some of their holdings within the first few weeks of trading. Critics of the privatisation said the spending watchdog offered "startling proof" that the Government sold off the country's family silver "on the cheap".

However, Business Secretary Vince Cable said the report showed that the Government achieved what it set out to do - securing the future of the universal delivery service through a successful sale.

The NAO said Mr Cable's department took a "cautious" approach to a number of issues which led to shares being priced at a level "substantially below" the initial trading price. On the first day of trading last year, Royal Mail's shares closed at 455p, 38% higher than their price sale, representing a first day increase in value of £750 million for the new shareholders.

Amyas Morse, head of the NAO said: " The Department was very keen to achieve its objective of selling Royal Mail, and was successful in getting the company listed on the FTSE 100. Its approach, however, was marked by deep caution, the price of which was borne by the taxpayer. The Government retained 30% of the company. It could have retained even more and allowed the taxpayer to participate further in the rapidly increasing share price and thus limit the cost to the taxpayer."

The Government could have retained 110 million more shares, worth £363 million, at the offer price, while still privatising the business, said the report. The NAO revealed that six priority investors sold all their shares within weeks of trading, while a further six sold part of their holdings, and four others increased their holdings. The 16 priority investors were allocated £728 million worth of shares, while another 94 institutions were given £570 million worth.

The Government of Singapore and the Children's Investment Fund Management each have over 3% of total shares, but other priority investors have not been named. Those which sold their shares made a "substantial" profit, said the report. Three surplus properties with a market value of more than £200 million were disclosed in the privatisation prospectus, but the NAO said it did not believe the basis on which the company was sold recovered this value.

The NAO pointed to "shortcomings" in the sale process, which said made it difficult for the Business Department (BiS) to change the share price above 330p - the top of the range set by the Government. Recommendations by the NAO included looking at alternative methods of accessing equity markets and reducing reliance on professional advisers, which the report said cost £12.7 million in the Royal Mail sale.

Mr Cable said: "We secured the future of the universal postal service through a successful sale of a majority stake in Royal Mail, predominantly to responsible long term investors. Achieving the highest price possible at any cost and whatever the risk was never the aim of the sale. The report concludes there was a real risk of a failed sale attached to pushing the price too high, and a failed sale would have been the worst outcome for tax payers and jeopardised the operation of Royal Mail going forward."

BiS permanent secretary and accounting officer Martin Donnelly said: "We remain strongly of the view that our course of action was appropriate given the significant risks at the time and the fact that the alternative of a failed sale would have been the worst outcome for the taxpayer.

Communication Workers Union general secretary Billy Hayes said: "Vince Cable can no longer hide behind his claims of 'froth'. The froth has gone cold as report after report condemns the sale for what it was."