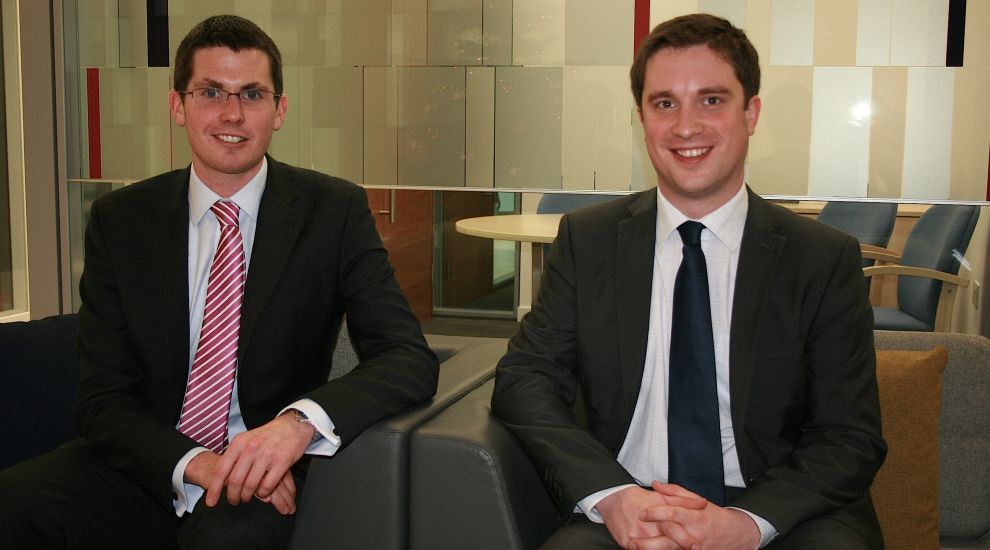 The partners of Voisin law firm are delighted to announce that Chris Le Quesne and Mark Boothman have passed the Jersey Advocates’ exams, and will be sworn in next month.

Ian Strang, Managing Partner, Voisin law firm managing partner Ian Strang said:‘We are delighted with Mark and Chris’ achievements, especially because the Advocates’ exams are extremely challenging, particularly when combined with full-time employment. It is a real credit to them that they have been able to achieve this success in only one year. They have both been with us for several years through our Bursary Scheme and will continue to be valuable members of the Voisin team.’

Chris Le Quesne (29) was born and raised in Jersey and attended Victoria College. He went on to study English Language & Literature at the University of Leeds, attaining an Upper Second. Chris returned to Jersey in 2008 to pursue a career in law and won a place on Voisin’s Bursary Scheme. He then undertook the Graduate Diploma in Law and the Legal Practice Course at BPP Law School in Manchester, attaining a commendation and a distinction respectively. During his studies, Chris regularly returned to Voisin to undertake work experience.

In September 2010, Chris joined Voisin on a full-time basis as a trainee solicitor.  He was admitted as an English solicitor in October 2012, at which time he began his studies for the Advocates’ exams.

Chris undertakes a wide variety of contentious and non-contentious work, acting for local and international clients. He has particular experience of corporate and commercial law and has worked on substantial corporate structuring transactions, together with regulatory and intellectual property matters. He also provides trust and chancery advice and has recently been engaged in large-scale commercial litigation.

Mark Boothman (28) was also born in Jersey. He was educated in the UK at Charterhouse and Hurtwood House Schools before reading History at the University of Warwick, where he obtained an Upper Second. Mark completed the Graduate Diploma in Law and the Legal Practice Course at the College of Law in Guildford and attained commendations in both.

Mark regularly worked at Voisin during his school and university years and was also a member of the firm’s Bursary Scheme. He joined Voisin as a trainee solicitor in September 2010 and qualified as an English solicitor in October 2012.  He also began studying with Chris for the Advocates’ exams in September 2012.

Mark is a keen marine conservationist and is a director of the Shark Conservation Society (a UK-based non-profit organisation specialising in shark research expeditions across the world).