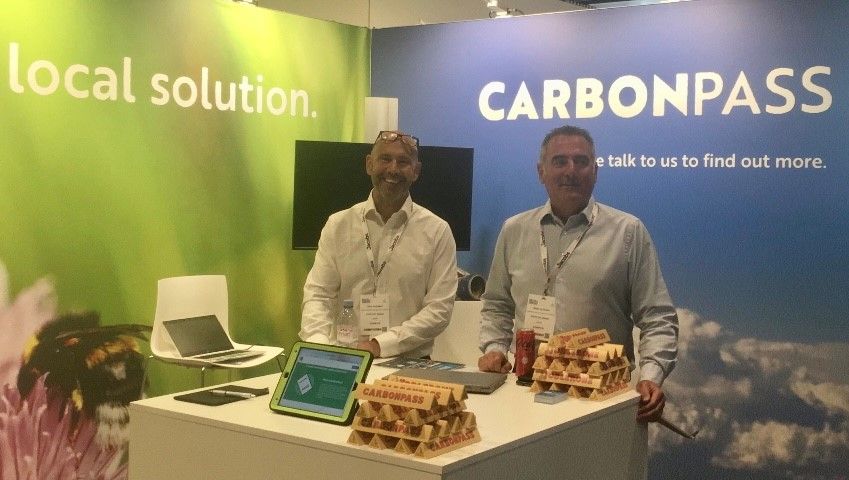 An app developed by Ports of Jersey to give passengers an easy way to offset the emissions from their journeys has been showcased in London and Paris.

Ports representatives have attended trade expos to demonstrate the app and to assess interest from airports and other organisations in joining the scheme.

More than 280 exhibitors were there to display the latest technology to representatives from airports in the USA, Canada, Europe and Asia.

CarbonPass was developed in partnership with Durrell and allows passengers to balance the carbon used on their flights and ferry journeys to and from Jersey.

Ports of Jersey’s Director of Sustainability, Jenny Marek-Murray, said: “We developed the platform as part of our sustainability strategy.

“It has been live for six months, and we thought other companies might value the technology we’ve developed, as we’ve done all the hard work and the CarbonPass can be used by other organisations for their staff and clients.

“We attended the two expos in June to find out what other airports and companies thought about what we were doing. We had some great conversations with companies who want to develop a way of tracking and balancing their employees’ travel.”

The CarbonPass can be fully customised to showcase an airport’s sustainability plans and to allow passengers to balance their carbon emissions using a specific scheme chosen by each airport.