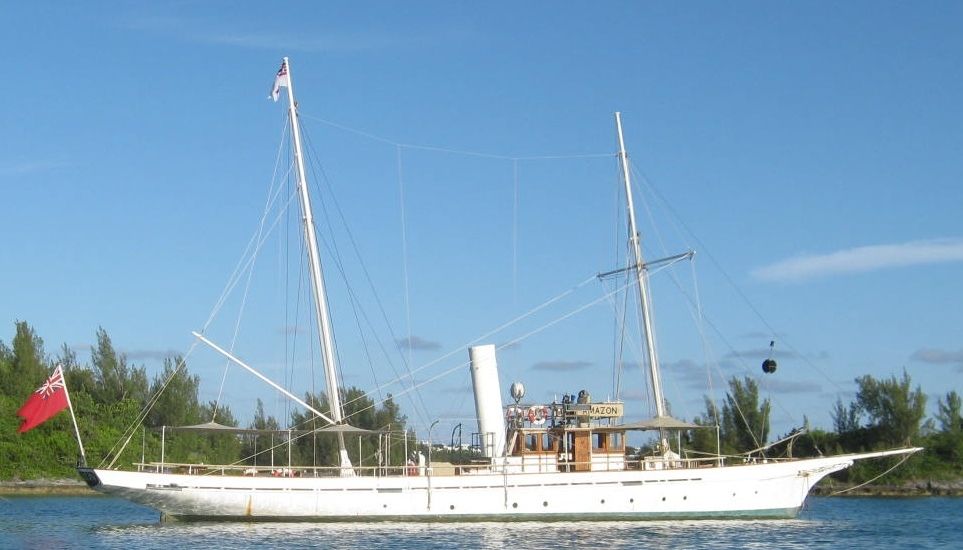 Amazon is a distinctive British wooden screw schooner and a frequent visitor to Gorey Harbour in the summer months. She was built in Southampton in 1885 by the Arrow Yard of the late Tankerville Chamberlayne, and was originally fitted with a steam engine, which was replaced with an oil-fired engine in 1937.

The majority of vessels that come on to the Jersey Register are modern, luxury designs, however, the occasional classic such as Amazon features from time to time. In addition to the registrations, more than 700 transactions processed in 2013

Debbie Podger, assistant registrar said: “The registry was delighted to be approached by the owners of Amazon when they first considered Jersey as their new port of registry. Having already been registered in Southampton, London and Guernsey, it seemed that Jersey offered the complete package and would be able to cater for the Owners’ specific historical requests.

“We generally spend most of our time dealing with luxury, fibreglass, newly-built motor yachts, so it was refreshingly different to delve into the 129-year history of this ship. There is also something magical about dealing with a ship which is British built, has cruised the globe, witnessed two Diamond Jubilees and has undoubtedly many more years of exploration to experience.”

Amazon has the unique distinction of being the only vessel to take part in the Queen’s Diamond Jubilee Pageant on the River Thames on 4 June 2012 - as well as being present at Spithead to witness the Royal Fleet Review for Queen Victoria’s Diamond Jubilee on 26 June 1897.

Prior to her recent transfer of port, her owners asked for the Jersey Register of British Ships to record her traditional imperial measurements alongside their metric equivalents in the new Certificate of Registry. Jersey’s Registrar of British Ships was happy to accommodate this request.