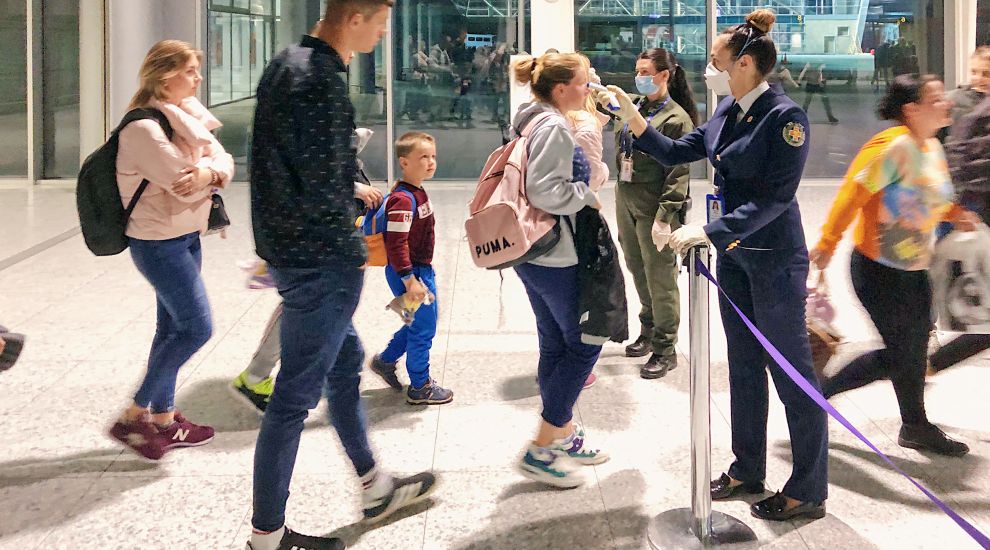 On the back of extraordinary moves in markets over the past few weeks, we have seen several clients get in touch to discuss their investments. Our Q&A below aims to cover some of the key points clients are concerned about, and offer our thoughts on the outlook going forward.

Market performance for the second week of March (9-13), was exceptional, with most major stock markets down by double digits – the UK was down by 17%, Europe 18%, Japan 16% and the US 8%. The US would have been down by more, were it not for a significant rally in the final hours of trading on Friday afternoon – an unusual enough event in itself.

However, the scale of these moves over the past week is unlikely to be fully reflected in client portfolios, many of which are diversified across a wide range of asset classes and international markets. Governments bonds, a traditional safe haven asset, have rallied strongly over the past month, for example, offsetting some of the losses from stock markets.

It is worth noting that UK-based investors will also have been protected by a fall in the pound (down 5% against the US dollar), which will have offset some of the weakness in global stock markets.

Are we facing a recession?

Yes, we believe that both the UK and Europe will experience a recession, with the US highly likely to follow suit. GDP growth across developed markets is likely to be negative for the next six to nine months, though the extent of any recession will be highly contingent on how the Covid-19 pandemic develops.

While the peak of the pandemic could well be behind countries such as China or South Korea, investors will be watching closely for a second wave of outbreaks in these countries. In the meantime, Chinese economic data is likely to remain poor for several months. Chinese retail sales for January and February were down 20.5% from the year before, with industrial production down 13.5%. While a return to reality is now expected, we expect a lingering impact on the economy to remain, particularly with Europe and the US now at the early stages of the pandemic.

The extent of any recession also depends on the scale of government support. Governments across the world are now announcing multiple aid packages to business. The UK has taken measures to support small businesses and while it was seen as leading the global economic response last week, is now seen as behind the curve and is now reported as working on further measures. France has promised €45bn to help its companies and employees with Covid-19, as well as €300bn of state guaranteed bank loans. Germany has unveiled a similar plan, with the government guaranteeing €93bn in bank loans to companies hit by Covid-19.

While the economic impact of Covid-19 is expected to be material, it is worth noting that several forecasters are still expecting a bounce back towards the end of the year. Goldman Sachs expects a 5% contraction in US GDP in the second quarter of this year, for example, followed by growth of 3% and 4% in the third and fourth quarters of 2020 respectively. A sharp bounce back in global growth should not be discounted.

What will it take to turn markets around?

Markets would be encouraged by signs of a levelling off in new Italian cases. To see a durable recovery, however, we likely need to see the peak of the pandemic in the US. Central banks and governments are likely to do everything they can to support economies in the short term, but ultimately this is a public health issue. While some businesses may not survive the short term, few ultimately expect long lasting economic damage, as experienced in the wake of the financial crisis.

What can governments and central banks do?

We have seen a range of central bank actions over the past fortnight. While these measures will help to support the global economy, we believe there could be further to come. The US Federal Reserve (Fed) could start buying company debt, for example, as the Bank of England and European Central Bank have done in the past.

In terms of the actions already undertaken, US interest rates have been cut by 1.5% across the first half of March. This will have a direct impact on the US consumer, where floating rate mortgages are more common and mortgage rates fall more in line with changes in the central bank’s interest rate. Having started with higher interest rates, the Fed had more scope to cut them and support the economy, as opposed to the UK, where the Bank of England has cut interest rates from 0.75% to 0.25%.

Central banks across the world have also pumped money into the financial system, providing hundreds of billions of dollars and euros in cheap loans to banks (ensuring they can extent credit to their customers) and expanding programmes to directly purchase government bonds.

Markets have demanded further measures, and ultimately further support will be needed. Markets are looking for a package in the size of the trillions rather than the billions. The IMF unveiled a $1tn economic aid package on Monday 16 March, but this will be spread across the global economy. We expect governments to continue coming forward with further measures in the coming days, particularly in the US, where President Trump will not want to risk his economic record in an election year.

Why has central bank action not stopped markets selling off?

While central banks have announced significant measures to support the global economy, ultimately they cannot prevent the economic fallout from quarantines and sharp falls in consumer spending power.

Their aim instead is to cushion the economy by ensuring people, businesses and governments can continue to access finance. By intervening in bond markets, central banks can ensure governments have the ability to support the economy through direct spending.

Why have markets sold off so quickly?

There is no doubt that this is a historically fast sell-off. US shares were setting new all-time highs as recently as February and their fall into a bear market (defined as a 20% fall from the all-time high) is the fastest on record. The FTSE 100 has fallen around a third from its February peak, with global shares down 30% overall.

The speed of the market reaction has been quickened by the structure of modern financial markets. Computer-driven trading accounts for a much bigger percentage of market trading than even five years ago, and the number of investment strategies which trade according to set rules has also grown significantly. Some investment strategies will have sold stocks purely on the basis that stock markets were falling or to rebalance their risk allocations. The fall in stock markets is not irrational. However, the fact that this has been a historically fast sell-off does not equate too how serious any economic damage might be.

How are companies being affected?

The impact on the corporate sector comes in two main forms:

There will clearly be disruption to supply chains in the short to medium term, as was seen during the worst phase of China’s pandemic. These disruptions will be difficult to predict as small parts go missing or goods remain in warehouses due to a lack of transport capacity.

The main economic concern will be a lack of demand, with discretionary consumer spending falling sharply as people cut back on eating out and clothes purchases. AB Foods, the owner of the fast fashion retailer Primark, has already seen a decline in footfall, with this accelerating over the weekend of 14/15 March.

There have been several high profile announcements of companies closing stores in response to Covid-19, including those such as Apple or Nike which our clients may already hold in their investment portfolio. Clearly, store closures will be negative for company earnings in the short term. Even as Apple closed its stores in Europe, however, it reopened its Chinese shops. The kind of high quality companies that we favour will continue to perform well in a post-Covid-19 world, and we would encourage investors to stay the course.

What action have you taken over recent weeks?

Ultimately, you may want to speak to your Investment Manager for a detailed understanding of any action undertaken in your portfolio. The kind of high quality businesses that we invest in have held up better than the market overall, with many having their own cash reserves or credit lines that they can draw on to help them in this time of difficulty.

Our research team has been meeting with company management teams and fund managers to understand how they are dealing with the current uncertainty, and communicating their updates to Investment Managers, making sure they have the latest available information. Where appropriate, this has included providing buy lists of companies we believe offer good long-term potential.

Measures to deal with Covid-19 will result in a hit to economic growth, but this should be measured in calendar quarters rather than years. In that regard, this is not the same as the 2008/9 crisis when the global financial system reached the brink of collapse. A lot of businesses will suffer in the short term – retailers, airlines, hospitality – and government aid or assistance will almost certainly be required in some instances. While markets are struggling to price the uncertainty related to Covid-19, this is ultimately a transitory problem, however, and we would encourage investors to stick to their long-term financial and investing plans.