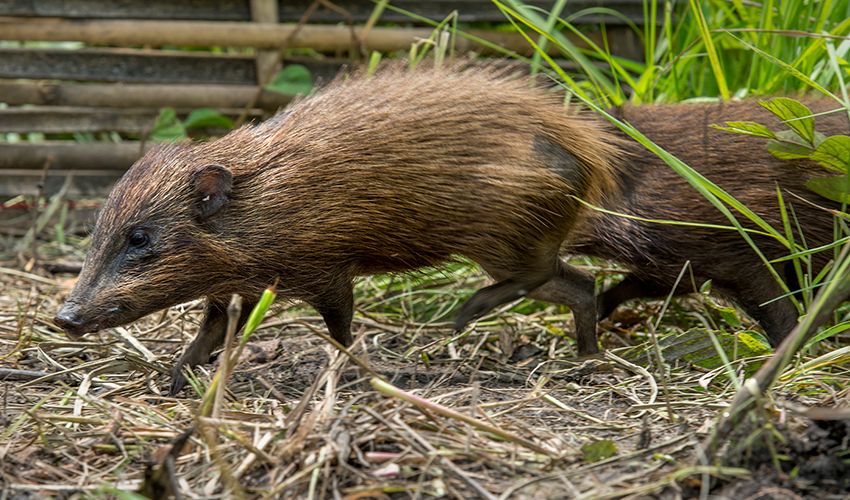 Ten captive-bred pygmy hogs were released into Manas National Park in Assam, India, by the Pygmy Hog Conservation Programme (PHCP) on the 8th and 10th June 2022. This is the third time Pygmy hogs have been reintroduced in Manas after the successful release of 14 Pygmy Hogs in 2020 and 12 Pygmy Hogs in 2021.

The PHCP, of which Durrell is a key partner, plans to release a target of 60 pygmy hogs in Manas by 2025. The iconic species return to their home, where their last original population still survives but has dramatically declined. With this release, the number of pygmy hogs reintroduced into the wild by the PHCP has reached 152, which is more than their current original global wild population.

In 1996, six hogs (two male and four females) were captured from Bansbari range of Manas National Park to start the highly successful breeding programme. The reintroduction of captive hogs in the wild began in 2008. Initially, three Protected Areas in their historical distribution range in Assam were selected. Over the next decade, 35 hogs were released in Sonai-Rupai Wildlife Sanctuary, 59 in Orang National Park, and 22 in Barnadi Wildlife Sanctuary. The reintroductions in Orang have been particularly successful as they have multiplied almost two and a half times in number and have spread to areas far from release locations. As part of its rewilding strategy, the PHCP will continue to maintain about 70 captive hogs at its two centres in Assam and breed more hogs for release.

In the last two years, when both Coronavirus and African Swine Fever in Assam have presented major challenges for the PHCP, the successful release of these 14 hogs in 2020 and 12 hogs in 2021 is a landmark achievement and is the key step on the road to the establishment of a new sub-population of pygmy hogs in Manas National Park. It has been estimated that the total number of reintroduced hogs and their progeny may have reached 200 in the four release sites. 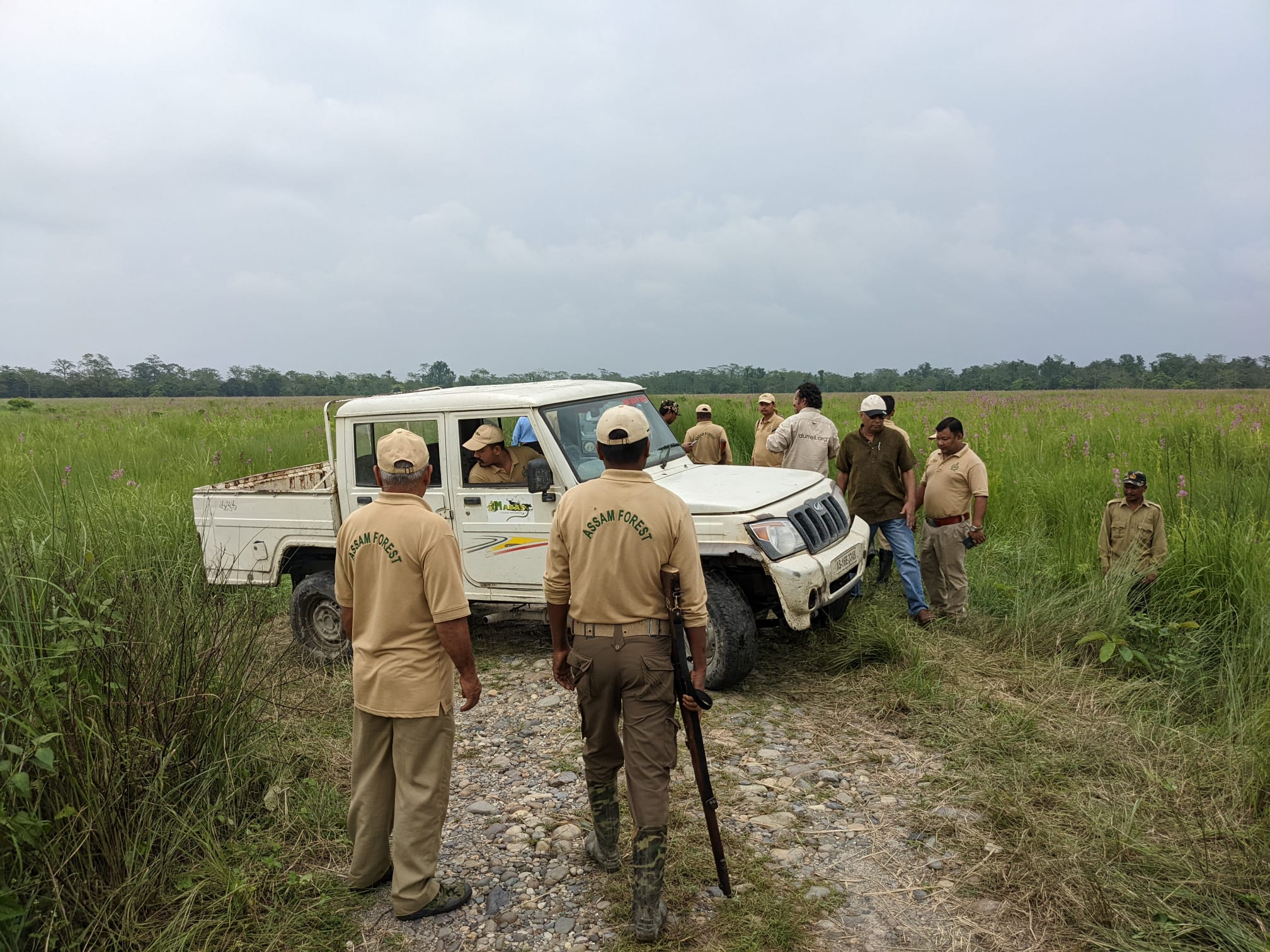 Manas contains some of the largest remaining grassland blocks in the sub-Himalayan grassland ecosystems. Found only in these tall dense alluvial grasslands, pygmy hogs are incredibly shy and are rarely seen. Dr Lesley Dickie, CEO of Durrell Wildlife Conservation Trust, came to Assam to participate in this year's pygmy hog release. She said, "Durrell has been committed to conserving the tiny but precious pygmy hog, and their grassland home, for decades. With our partners, including government, we strive to create a functioning habitat that also allows local communities to thrive. It was an honour to take part in this latest release, meet with our partners and see first-hand the amazing work of the Durrell team in India. I hope to return in the not too distant future."

Manas Field Director, Dr Vaibhav Chandra Mathur stated that "The Pygmy Hog is a species which has been recovered from the verge of extinction in the wild. With Manas Tiger Reserve serving as the source stock of hogs for the Pygmy Hog Conservation Program, this tranche of supplementation with a captive-bred population is going to strengthen conservation efforts, especially for tall wet grasslands, for which the pygmy hog serves as an indicator species. At the same time, this is an opportunity to develop scientifically and statistically robust monitoring protocols for the species, which are practically implementable in the field on a periodic basis, so that a pulse can be kept on pygmy hog numbers and their distribution status." 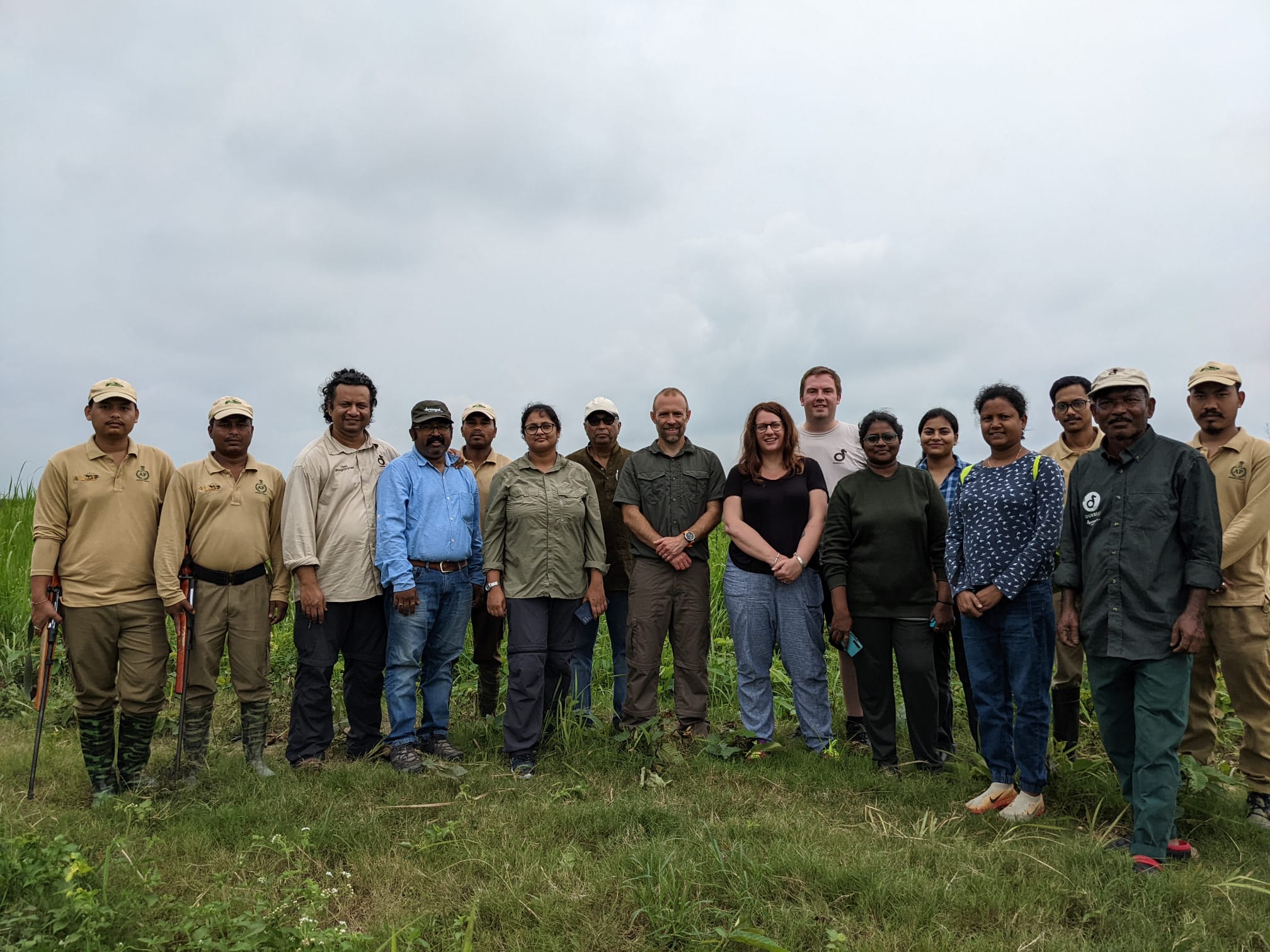 Dr Bibhab Kumar Talukdar, CEO of Aaranyak - a key partner of the programme, added that, "Conservation of lesser-known species such as pygmy hogs, Bengal florican and hispid hare and other grassland obligatory species is equally important as those of charismatic species such as the tiger and the one-Horned Rhinoceros. Pygmy hog reintroduction efforts will help the grassland as they indicate the health of the habitat and also the programme envisaged to contribute for restoration of their habitat."