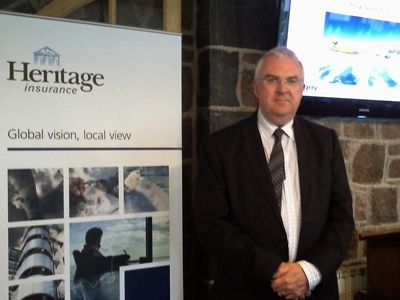 Aurigny has been ranked the world’s third best short haul airline in the 2017 Telegraph Travel Awards, thanks to the positive feedback of our customers.

Finishing the year on a high, Aurigny was the highest ranking British airline, and came just behind Swiss and Icelandair in the standings, compiled by the UK newspaper.

It comes less than a year after Aurigny scooped second place in the annual Which? Magazine best short haul/economy airline survey. It also betters its fourth-place finish in the 2016 Telegraph Travel Awards.

This year’s Telegraph Travel Awards are based on the opinions of almost 90,000 readers. Aurigny achieved the highest ranking of four British and Irish airlines to make the top ten, with Jet2 in fourth place, Aer Lingus in ninth and CityJet in tenth.

It comes as Aurigny launches its new team of staff at London Gatwick Airport this week, to further improve the overall customer experience at the London gateway.

Aurigny’s CEO Mark Darby, said: “This is a really positive way to end 2017, in what has been a very busy year for us. These rankings are based on the views and opinions of the people who matter most, our travelling public, so third place is a great achievement and it’s great to see we came out on top of all the British airlines. None of this would be possible without the hard work and dedication of everyone here at Aurigny, so I’d like to say a big public thank you to all our staff for their tireless efforts.”

Commercial Director Malcolm Coupar said: “This is really great news for everyone at the airline. For staff, it’s great for them to know their efforts have been recognised by the public. We have been working hard this year to improve our customer service and communication and this will continue to be a priority next year. We have also been trying our best to promote the islands and what they have to offer, and this accolade can only help to raise the profile of Aurigny and the Bailiwick as a whole. Finally, I’d just like to thank all our loyal customers, without whom none of this would be possible.”