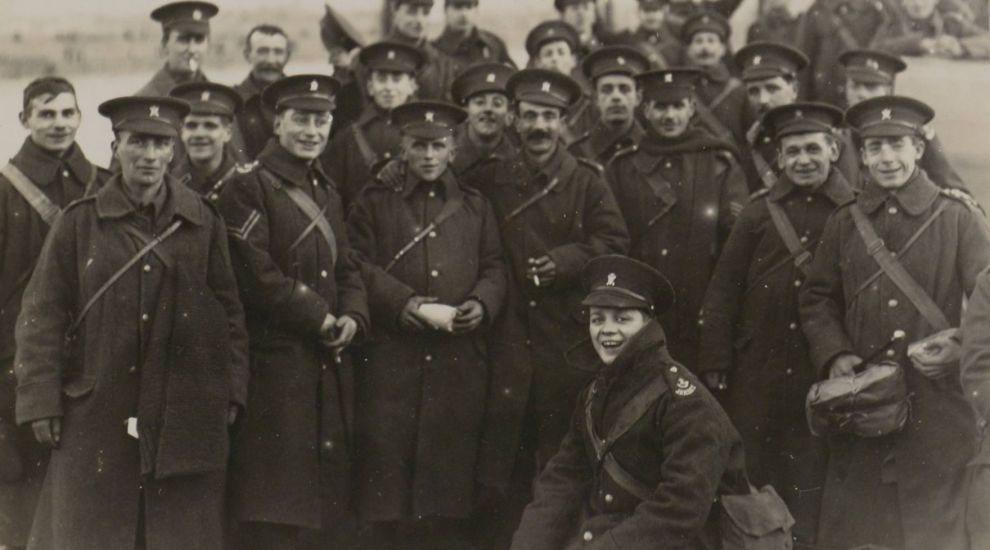 A service was held in the Royal Square this morning to remember the “sons of Jersey” who lost their lives in the Battle of Guillemont 105 years ago.

The Jersey Contingent was Jersey’s Military contribution to the Great War and formed a contingent as part of the 7th Battalion, Royal Irish Rifles.

The ceremony included a short display by the Band of the Island of Jersey, a reading by historian Ian Ronayne and a service of remembrance by the Dean of Jersey. 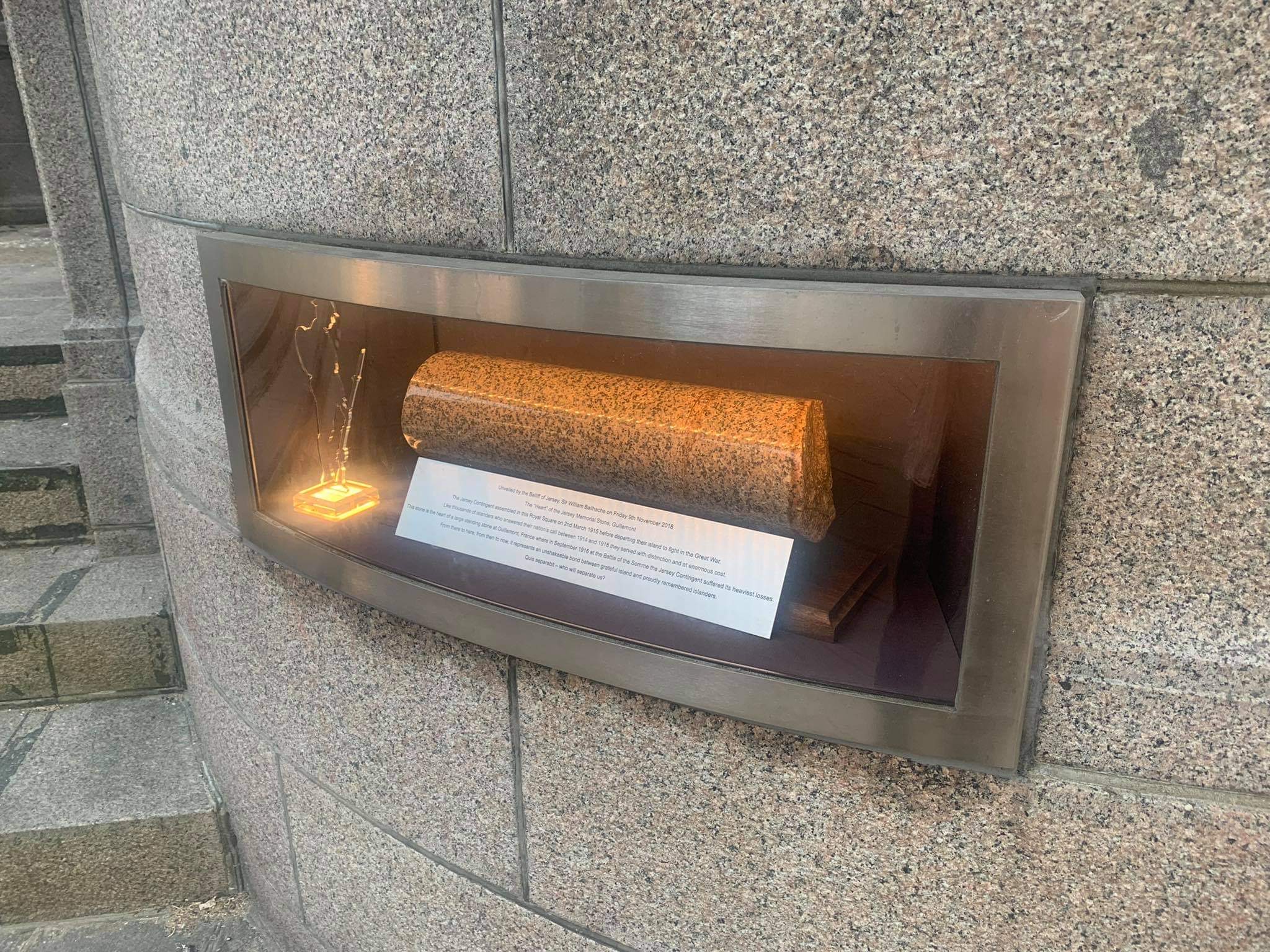 Pictured top: The ceremony took place by the heart stone memorial on the steps of the Royal Court.

Members of the Royal British Legion and the Jersey Joint Services Veteran were there, alongside service personnel of the Jersey Field Squadron.

The Lieutenant Governor and Chief Minister was also in attendance.

Commemorations would normally take place in the town of Guillemont, but this was not possible due to covid.

Instead, the focal point was the Guillemont ‘heart’ stone in the Royal Square. That ‘heart’ is really a cylinder extracted at heart height from the Guillemont Memorial in the Somme, France – a Jersey-quarried piece of granite marking the deaths of Jerseymen that fought in the Jersey Contingent. 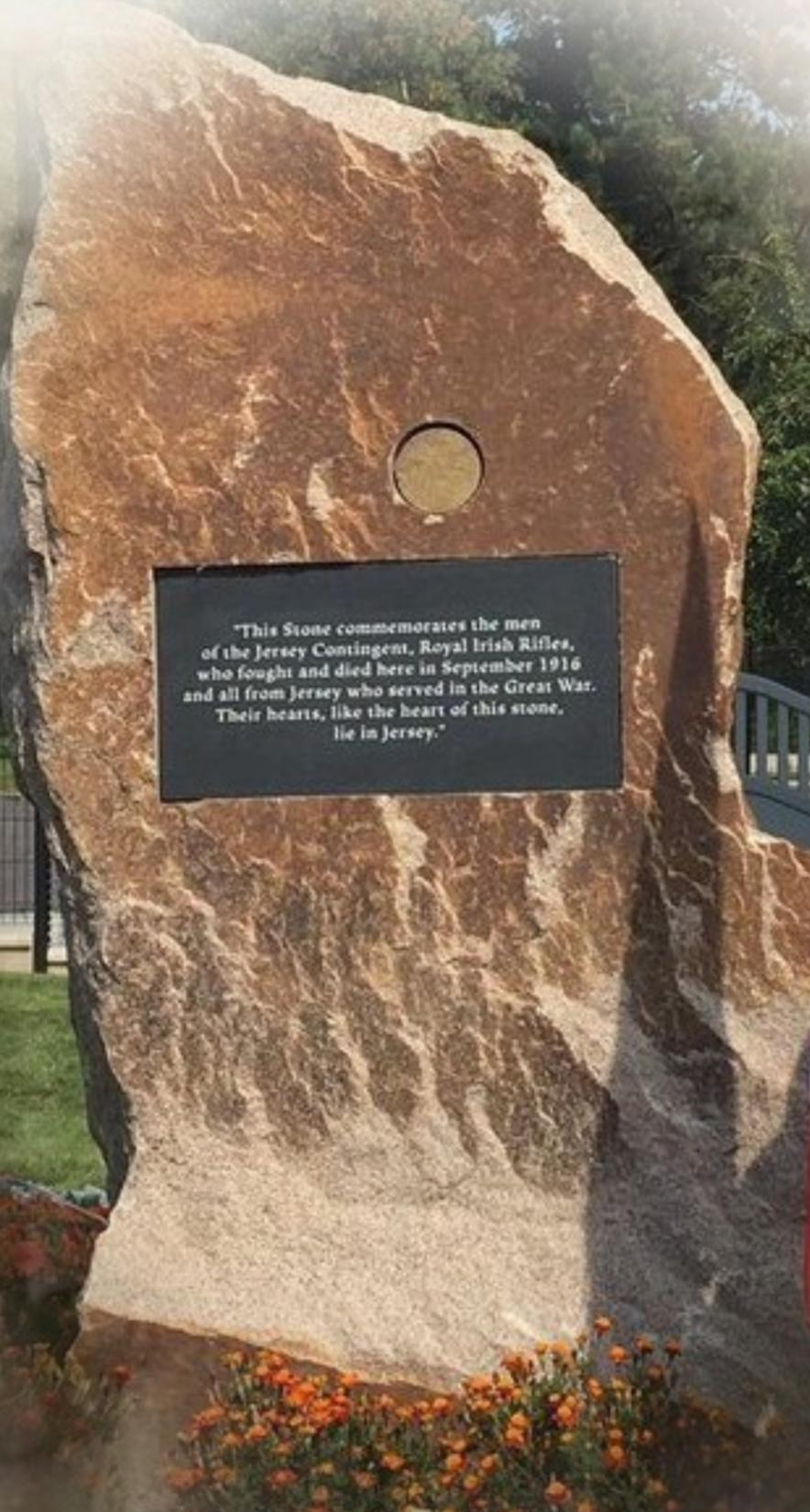 Pictured: The Guillemont Heartstone in France.

“The ‘heart’ stone in the memorial in the Royal Square is a lasting reminder of our soldiers who fought and died during the Great War and, in particular, in the Battle of Guillemont,” the Bailiff explained ahead of the event.

“My predecessor, Sir William Bailhache, said this memorial will allow us to continue to remember those soldiers and on this 105th Anniversary we do so.

“Although they could not of course have known that their memory would be held close in this way, I believe all who serve the nation and risk and sometimes lose their lives deserve such recognition – they were sons of Jersey and they have made their contribution towards the peace of modern Europe.”