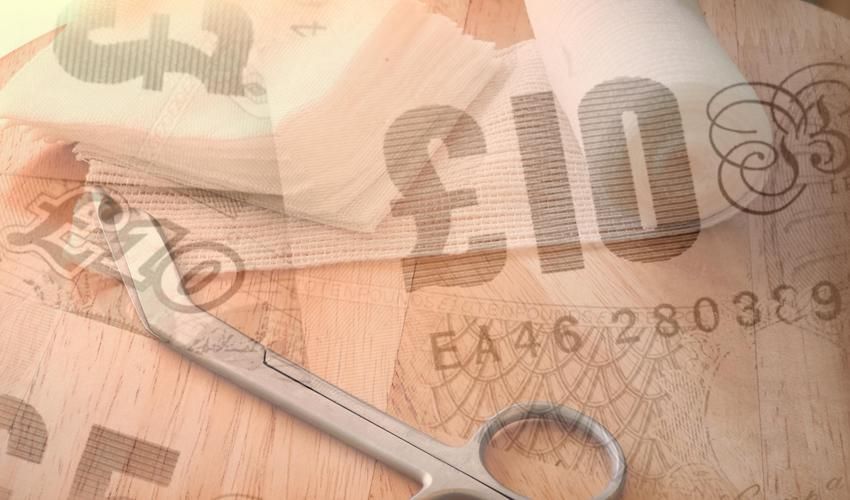 A £40,000 trial that will see the government cover the high cost of dressings for islanders with chronic sores is being launched two years after the tragic death of an elderly man forced to use nappies on his wounds to keep costs down.

Due to launch in March, the scheme will be run in partnership with local charity Family Nursing Home Care (FNHC).

Unlike its UK counterpart, Jersey’s public health service has not historically covered the cost of medical dressings for patients needing treatment for anything from a simple cut to more complex wounds.

Facing dressing bills stretching into the thousands of pounds, some patients have found themselves forced to opt for cheaper options – potentially risking their health in the process.

This was the tragic reality in the case of an elderly gentleman facing weekly bills upwards of £160 to dress his leg ulcers who, in his desperation to keep costs down, resorted to using nappies and sadly died when the wounds got infected.

Pictured: The issue was highlighted at an inquest of an elderly ulcer patient who was "worried" about the cost of his dressings.

Express revealed the unseen costs of medical dressings as “a vast problem” for the island after speaking with the tissue viability nurse Gilly Glendewar and Operational Lead for Adult Nursing Services Tia Hall at local charity Family Nursing and Home Care (FNHC) who explained that the cost of dressings is a burden for many patients in their care.

Now, the Government has now confirmed that they intend to address this issue by running a nine-month trial starting at the beginning of March to shoulder the cost of dressings for individuals with venous leg ulcers.

They will be running this in partnership with FNHC whose team of district nurses are all trained to dress all types of wound.

A spokesperson for the department said: “Health and Community Services is due to launch a pilot scheme in partnership with Family Nursing and Home Care on 2 March to support islanders in the community with venous leg ulcers [a long-lasting sore that takes more than two weeks to heal].

“HCS has budgeted £40,000 for the pilot scheme which will run until 31 December 2020. The scheme will provide free stockings and wraps systems for people diagnosed with venous leg ulcers which will be administered by FNHC.”

Commenting on the intended benefits of the scheme, FNHC said that it will "enable access to early care and treatment"; "dramatically improve the long term management of these conditions"; allow for nurses "to manage more people preventatively" when they present early signs of such conditions; improve "access to people who refuse treatment on the grounds of cost"; and "provide an equal offer to all patients in [the] community with appropriate referrals - not setting patients against each other or being a means-tested service."