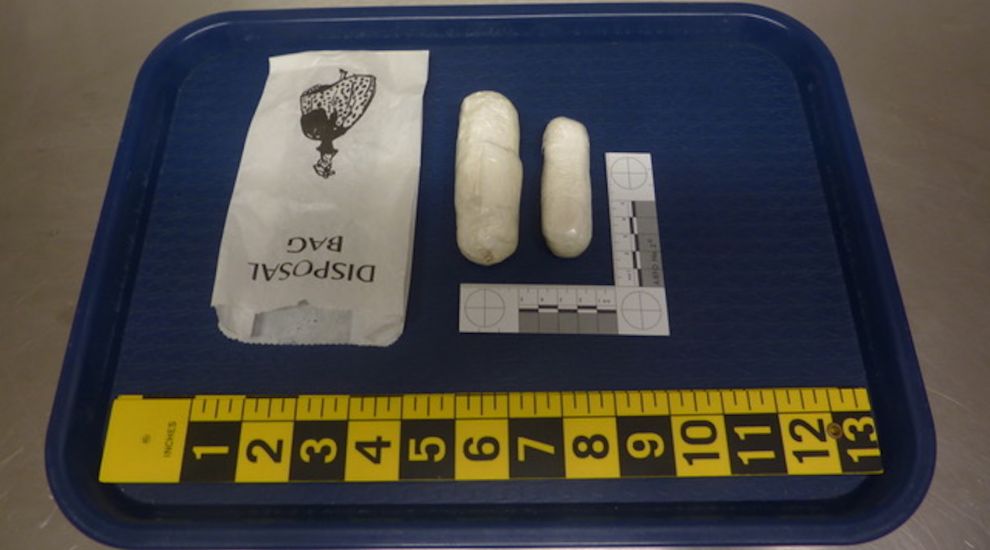 A 42-year-old drug mule has been jailed for four years after trying to smuggle six ounces of cocaine worth up to £70,000 into Jersey at the request of her “abusive and controlling” boyfriend.

Janice Mawdsley, from Southport, was sentenced by the Royal Court this morning (Monday 30 May).

Setting out the facts of the case, Crown Advocate Lauren Hallam said that Mawdsley had arrived in Jersey on a flight from Liverpool on Saturday 16 April.

She was arrested the same day at her hotel when a Customs Officer found approximately six ounces of cocaine in her bag.

When interviewed, Mawdsley explained that she had been asked by her ex-boyfriend to carry drugs over to the island. She said that “it all happened in that blink of an eye” and she felt like she “didn’t have a choice”.

Back in the UK, Mawdsley was trapped in a “coercive and controlling” relationship with an “abusive ex-boyfriend” who was continuing to live in her flat even after they had stopped being romantically involved, the Royal Court heard.

Advocate Hallam said that, while Mawdsley didn’t know exactly how much money she was make from bringing the drugs over to Jersey, she had hoped it would be enough to be able to leave her flat and get away from the ex-boyfriend.

The cocaine was initially valued at having a street value of between £30,000 and £40,000. However, the purity of the drugs that Mawdsley was carrying meant the cocaine could be adulterated to two- or three-times its weight, which could bring the street value up to £70,000. 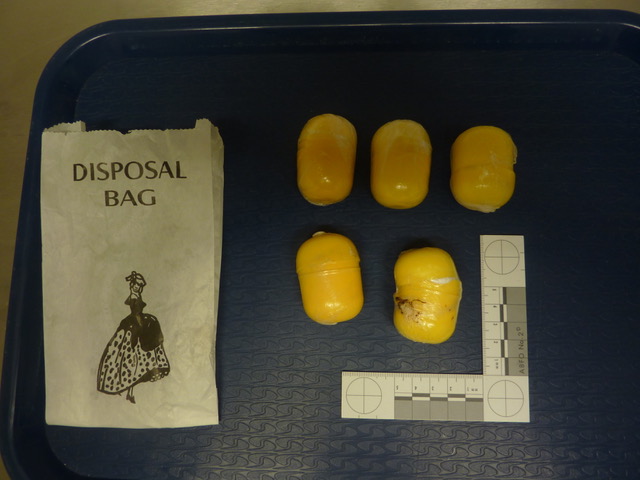 Advocate Hallam accepted the Mawdsley had entered an early guilty plea and had no previous drug convictions. She was also extremely cooperative when interviewed by police.

Expert reports suggested that Mawdsley had “personality difficulties” stemming from childhood trauma which made her “emotionally detached and submissive to others, expecting them to cause her pain and believing that she deserves to be exploited”.

However, the prosecuting lawyer said that there was nothing exceptional in this case for the court to deviate from the usual sentencing.

Advocate Hallam said that that there would have been a “devasting effect on the community” if the drugs that Mawdsley was carrying had got into Jersey, especially as much of the cocaine she was carrying was high purity which would make it of greater harm to the consumer.

She therefore recommended that Mawdsley serve five years behind bars.

Defending, Advocate Julia-Anne Dix said that Mawdsley’s case was “very different to the usual drug mule cases seen in court”, and described her client as being of “positive good character”.

Her client had admitted her guilt straight away and cooperated fully with the police, she said.

Advocate Dix said that Mawdsley “only committed this offensive due to the abusive, coercive and controlling relationship that she was in”.

Her ex-boyfriend refused to leave her flat and had damaged items, punched walls and pretended to kick her, Advocate Dix explained. While he never touched her physically, the emotional abuse was so much that she was constantly scared that he would.

Advocate Dix explained that expert reports showed that a traumatic incident from Mawdsley’s childhood has continued to impact other relationships throughout her life, in which she is often “subservient, taken advantage of financially and emotionally, and subject to violence”.

Advocate Dix said that this submissive personality that her client had developed meant that she had “had her vulnerabilities preyed upon and was living in constant fear with no one to turn to”.

Mawdsley had no previous convictions and had written a letter of remorse, which was presented alongside a number of character references from directors at the company where she had previously worked. Her former employers described her as an “exemplary member of staff who was due to start managing her own team soon”.

Advocate Dix added that her client is “devastated at the pain and suffering that she’s put her friends and family through” and recognises the damaging effects of the drugs.

Bailiff Timothy Le Cocq, who was sitting with Jurats Robert Christensen, Steven Austin-Vautier and Joanne Averty, said: “We accept that you were only a courier but, as this court has often said, couriers play a vital role in bringing drugs into the island.”

He added that the Court had taken into account the “challenges you have faced and continue to face”, recognising Mawdsley’s guilty plea and good character.

She was therefore sentenced to four years in custody.

After the sentencing, Customs Senior Manager Rhiannon Small commented: "The sentencing today reflects the serious nature of the attempted importation of Class A drugs into Jersey.

"Jersey Customs and Immigration Service will continue to target the borders to protect the island from this type of crime."