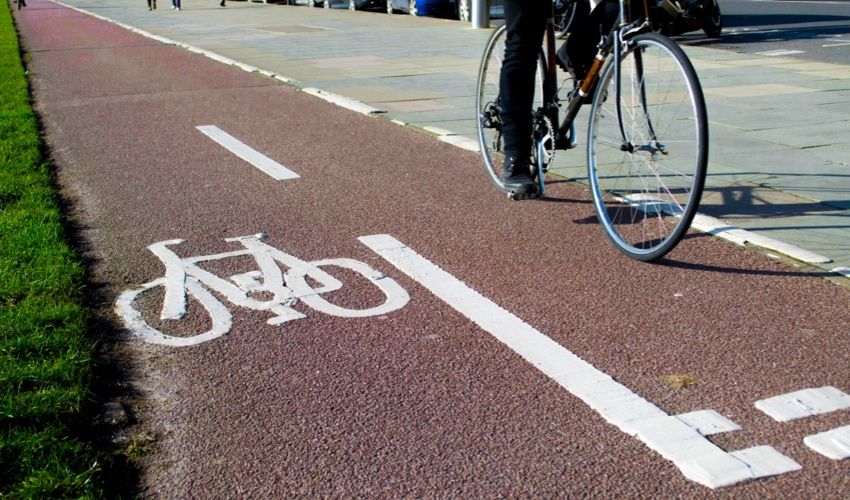 The Government is recruiting for the island’s first Cycling Officer, with the successful candidate being in the frame for a salary of up to £69,000 - more than double the salary being offered for a very similar role in the UK.

With the island committed to net-zero carbon emissions by 2050, the Government wants more people to opt for two wheels over four.

As part of its Sustainable Transport Policy, it has built more bike shelters and created new cycle lanes, but the Government wants to go further.

Advertising the permanent role, which does not require five years’ residency and offers a salary of between £62,905 and £69,137, it says: “Working with Transport Planners, Engineers, Jersey Sport and a wide range of other stakeholders, the Cycling Officer will progress our ‘cycling roadmap’ by overcoming barriers to cycling through better information and the creation of cycle routes that are coherent, legible, and comfortable.

“By promoting cycling to a wider audience, the Cycling Officer contributes to behavioural change.” 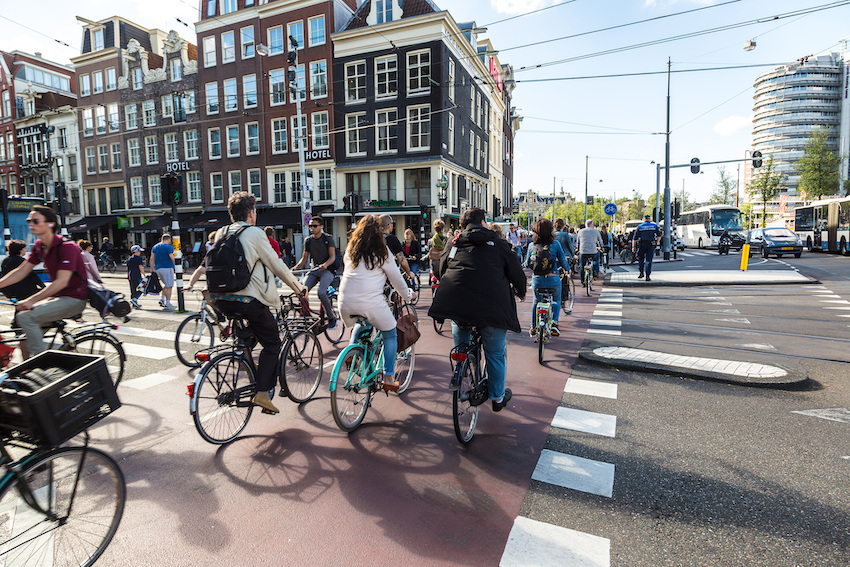 Pictured: The Government would like to emulate the cycling culture that is typical in cities like Amsterdam.

It continues: “As well as a passion to encourage active travel, key attributes for this role include the ability to work collaboratively and have the technical skills to develop cycle infrastructure concepts for engineering colleagues to deliver.

“You should have experience working with active travel promotion or projects, education to degree level and an academic foundation in transport planning or highway engineering.

“Having or working toward Chartered Transport Planning Professional or a Highways or Civil Engineering professional qualification will support progressing in the role.

“This is a unique opportunity to be the lead for cycling in a self-governing Island where change can be innovative and rapid.”

Meanwhile, a Cycling and Walking Officer advertised by Bury Council last summer had a salary of between £24,072 and £27,741 for the same 37 hours a week.

Duties there included “to design, implement and evaluate sustainable transport projects to promote walking and cycling” and “to project manage the implementation of active travel schemes and undertake monitoring of projects outputs.” 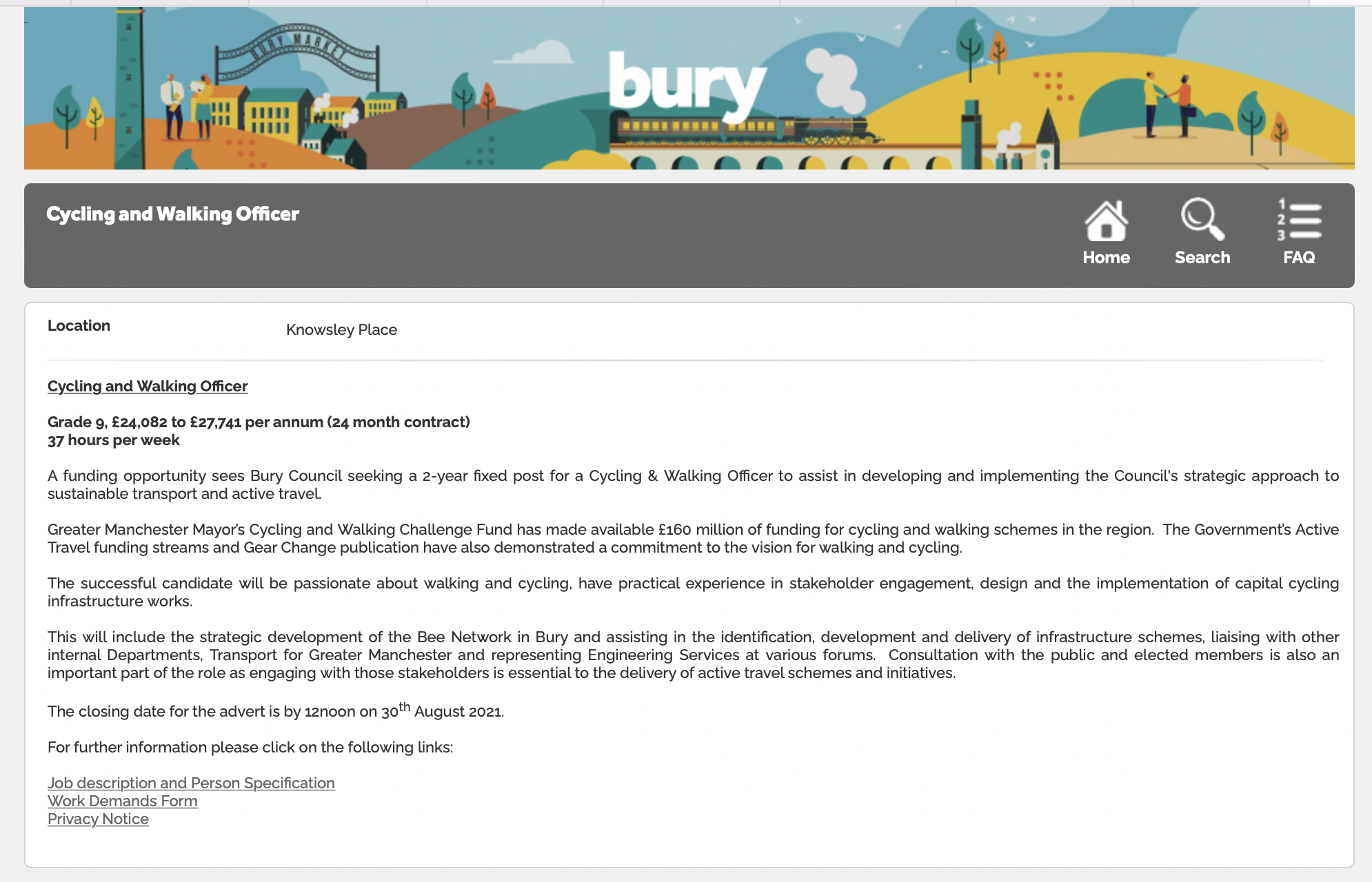 Pictured: The role being advertised in Bury.

A degree or equivalent and relevant experience in designing cycling and walking schemes were deemed “essential”.

According to Jersey's Sustainable Transport Policy, islanders collectively lose 400,000 hours a year sat in peak-time traffic, while road transport accounts for 32% of the island’s carbon emissions.

Two thirds of islanders want to give more space to people, bikes and buses, it adds.

New cycle lanes already in place include one running up Hill Street between Halkett Place and La Motte Street. However, plans for a new lane along Georgetown Road and Don Road have not materialised.

Written and approved before the pandemic, the plan pledged to have a dedicated Cycling Development Officer appointed by June 2020.

Contacted for comment, a Government spokesperson said that the job was "not about teaching people to cycle but about supporting the Sustainable Transport Policy as a senior engineer". They added that the post was for a professionally qualified Transport Planner, Highway or Civil Engineer at a Chartered level.

Posted by Jon Jon on May 12th, 2022
Lets hope who ever gets this overpaid job ,teaches all cyclists the Highway Code ,and maybe get them to take a test of some sorts before they are allowed on to the roads! Again this morning cyclists going through red lights !
Posted by Scott Mills on May 12th, 2022
70k. for someone to come in from UK (bigger wider roads), to implement things that would work in a city/big town etc...but simply can't work over here. Can see another golden bike wheel given to send someone back to the UK
Posted by The old git Git on May 12th, 2022
Who is inventing these jobs are they really worthwhile and the wages being paid? Does the potential canditate get a big golden egg payout and pension if they fail in their role ?
Posted by Philip Hudson on May 12th, 2022
Well, I read the local Bailiwick Express News on Line
It seems very worrying, every aspect of Jersey political way of life and Gov.com
I recently had the occasion to contact the Jersey Passport Office
The response was more than worrying.....it was SHAMBOLIC !!!!
In my opinion "NOT FIT FOR PURPOSE"
Is this the case with every gov.com dept. I am quite concerned
The response from the Jersey Passport office was "unprofessional" seriously bad
ME thinks, not very, good news for the Future in Jersey, "what is going on"
They the professionals need to get their act together and most certainly do the Gov.com depts.

I am a Manager but I cannot Manage
I am an Organiser but I cannot Organise
I am a Cleaner but I cannot Clean
I am a Road Sweeper but I cannot sweep
Posted by Keith Marsh on May 12th, 2022
Yet another OVERPRICED job, that is not required.
Our Government, NOT for much longer, thank goodness; just loves to throw our money at anything, without real pure thought process.
This should be a LOCALLY sourced job, if it is actually needed, because then such person would have a bit of an idea about the lack of spare land and our narrow road system.
Roll on the election !
Posted by IanSmith97 on May 12th, 2022
Are they seriously telling me they could not find a locally qualified person to do this ludicrous job. You think it can’t get any worse, then this. What in the name of the wee man does a Cycling Officer actually do? And at £69k, plus 15% pension contributions plus 6% Soc Sec contributions per year!! If this goes to someone from off island heads should roll.
To place a comment please login Login »