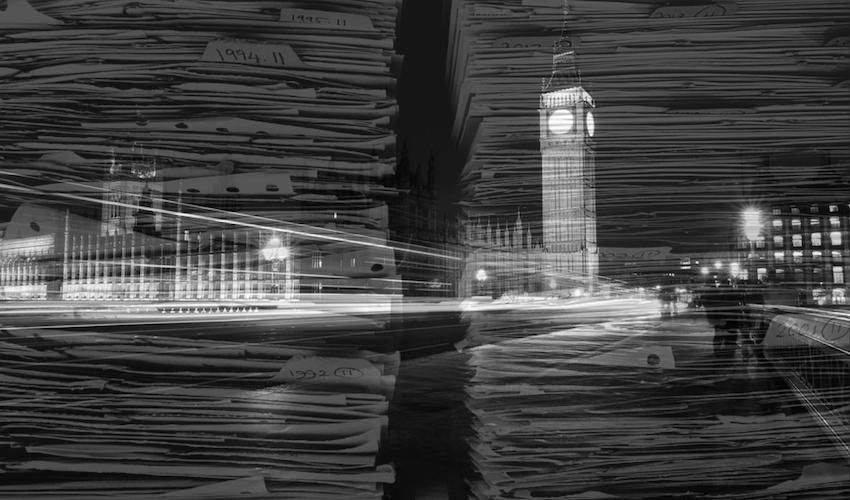 Ed Miliband, David Davis and Anna Soubry… these are just a handful of nearly 90 MPs backing proposed legislation to publish the true owners of companies based in Jersey.

What began as a fringe movement by a handful of MPs demanding greater transparency from Jersey and similar jurisdictions to weed out those reaping tax benefits from shell companies registered there by making their registers of beneficial ownership public is now gaining serious traction in Westminster.

Tabled by MPs Andrew Mitchell (Conservative) and Dame Margaret Hodge (Labour), the legislation – in the form of an amendment to the government’s Financial Services Bill, which is a key bit of pre-Brexit legislation – was due to be debated two weeks ago.

In response, politicians from across the Crown Dependencies went to Westminster to fight the moves, arguing that a Commons attempt to directly legislate for the islands would cause a “constitutional crisis”. It was later pulled by the government, with a new debate date yet to be announced.

Pictured: Jersey has been removed from the EU's 'tax haven' greylist after concerns about 'shell' companies in the island.

But there was a strong hint that it could return within the same month - even as soon as this week - when House speaker John Bercow MP criticised the last-minute change to government business as “a rum business” and “discourteous”.

Since the first push for public registers of beneficial ownership in Jersey last May, which garnered support from under 10 MPs, support has substantially increased - something running in parallel to the government publishing its 'No Safe Havens' anti-tax avoidance strategy.

In total, 88 MPs have now put their name to the amendment.

Among those are big names from every party. The ruling Conservative government’s former lead for Brexit, David Davis, is supporting the drive for greater transparency from the Crown Dependencies, as is the former Minister for Education, Nicky Morgan, and Father of the House, Ken Clarke.

Labour heavyweights Ed Miliband, the former leader of the party, and Harriet Harman are also backing it, alongside Hilary Benn and Jess Phillips, among others.

Pictured: The cross-party bid is likely to return to the Commons this week.

Former LibDem leader Tim Farron is named as a supporter, as is Jo Swinson, who is tipped to be the party’s next head. The Green Party’s Caroline Lucas is also part of the push, in addition to members of the newly-formed Independent Group, Anna Soubry and Heidi Allen.

Despite warnings of a constitutional crisis, and this month’s setback being the second time the legislation failed to even make it to debate, Mr Mitchell and Dame Hodge – the MPs leading the charge - say they’re undeterred.

Jersey’s External Relations Department and finance industry has always maintained that the island is already a cooperative and well-regulated jurisdiction and that it will make its list of company owners public if it becomes an international standard.

Currently, the list of everyone who benefits from Jersey’s tax structure by having companies registered in the island is held by the JFSC and can only be accessed by investigative authorities, such as the Police, upon request. 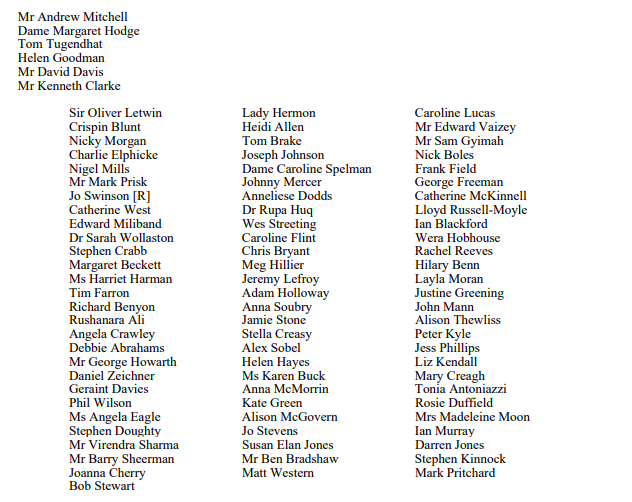 Pictured: The full list of MPs backing the move so far.

As laid out in the Parliament document, the proposed change requires this to take place by the end of 2020.

This was not a requirement of the EU Code Group, however, who removed the island from its ‘tax haven greylist’ last week after the government made reforms to the island’s economic substance requirements.

These changes, prompted by concerns that ‘shell’ companies which have no economic substance could register themselves in the island to avoid tax, were made on the threat of being blacklisted by the EU.

It remains to be seen whether the whitelisting will sway any MPs when the crucial vote finally happens in the Commons.