"Aged” beach property to be demolished 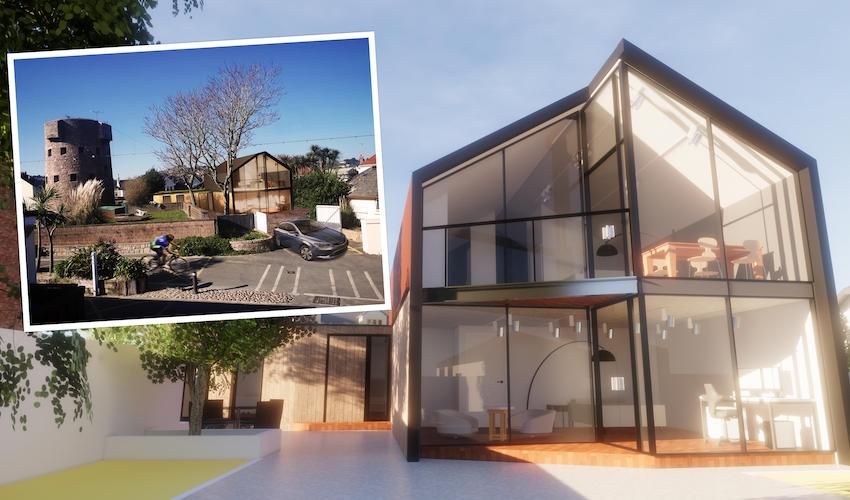 "Aged” beach property to be demolished

An "aged" home neighbouring Beaumont Tower will be demolished in favour of a four-bedroom "family dwelling" that architects promise will be modern and sustainable, following an initial Planning setback.

Planning Officers had recommended the application be refused due to transport concerns and the proximity of a Conway Tower, which is listed as Grade 1 for architectural and historical interest.

However, their concerns were not shared by the panel of politicians forming the island's Planning Committee, who overturned the decision last week.

'The Beach House', as it is known, is currently a standalone three-bedroom, two-storey timber house, which Socrates Architects described as being of poor construction and thermal quality, making it unsuitable for refurbishment. 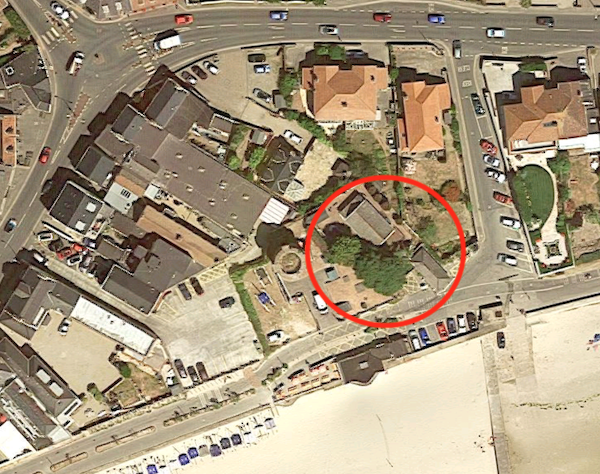 Located opposite the Gunsite Café, the Beach House has existed since at least the 1930s, as it appears on an Ordnance Survey Map from 1935.

Concluding that the building in its current form was "aged" and "in need of replacement", Socrates Architects subsequently drew up plans ” to not only create a “modern and sustainable family dwelling, but also greatly enhance the setting of the adjacent listed tower".

According to their proposals the four-bedroom, two-storey house would be the same size and sit at the same angle as the current build. It will also have a single storey extension to the North and West sides, replacing two wooden garden sheds. 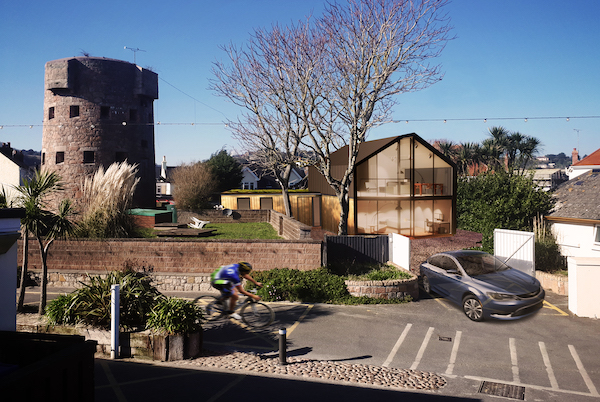 Pictured: The site is close to a Conway Tower, which is listed as Grade 1 for architectural and historical interest.

In their design proposals, the architects said they would use a brown-coloured zinc roof to match the masonry of Beaumont Tower with timber cladding and a painted render on the ground floor.

Historic Building Consultants Antony Gibb Ltd., who compiled a Heritage Impact Statement, concluded that the development would not be harmful to the tower, despite its increased height and  glazed facade, as the “original setting has already been substantially altered during the course of the 20th century".

However, the Planning Inspector, Ginny Duffell, didn’t agree with that view, however. 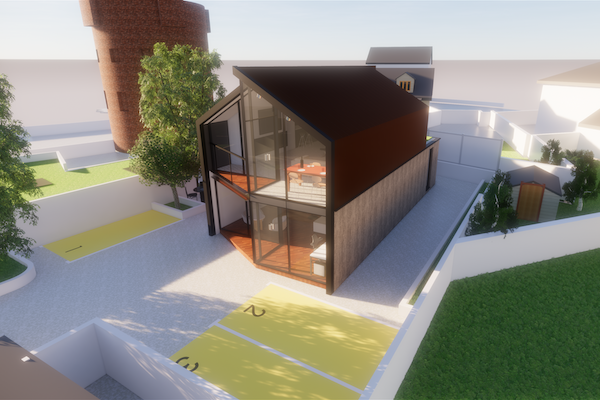 Pictured: The facade of the new house would be entirely glazed.

In a report, she described the existing house as “modest” and having “minimal presence in the street-scene” in comparison to the "greater visual prominence" of the proposed development and its "contemporary design with oversized feature windows".

“Due to the proximity to the Listed Tower, this visual prominence is considered to compete with, and detract from, the setting of the Listed Building,” the Officer noted.

She also raised concerns about highway safety due to the fact the new development increased occupancy from three to four bedrooms.

The officer also said the applicants had not provided enough evidence that the house couldn’t instead be “repaired or refurbished". 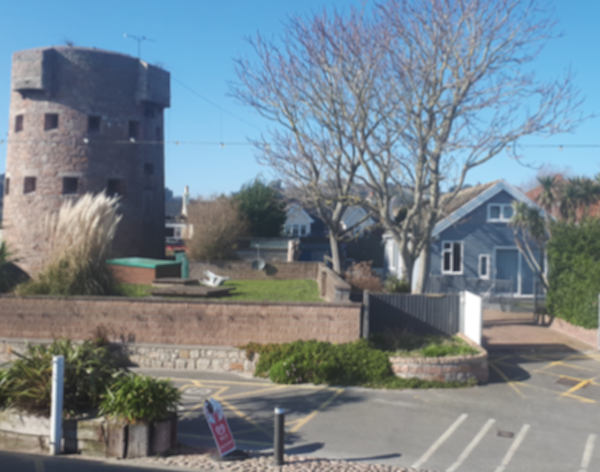 Pictured: The Planning Committee has agreed the plans for the redevelopment of the site.

Six letters of support were sent to the Planning Department, some of which praising the “exciting and contemporary design” and the “good use of glass”.

However, these failed to convinced the Planning Officer, who rejected the application on the grounds that it had not overcome three policy "hurdles" in relation to heritage, highways and demonstrating that the building is beyond repair.

Given the conflicting views, the matter came before the Planning Committee last week, who were not swayed by the Officer's findings and subsequently approved the application.

Architect Nicholas Socrates was delighted to see "this unique and special project" be granted planning permission."

He added: "This architectural development utilises an aged building, in need of replacement, and not only creates a modern and sustainable family dwelling but also greatly enhances both the setting of the listed adjacent Conway tower and also the wider area in general."