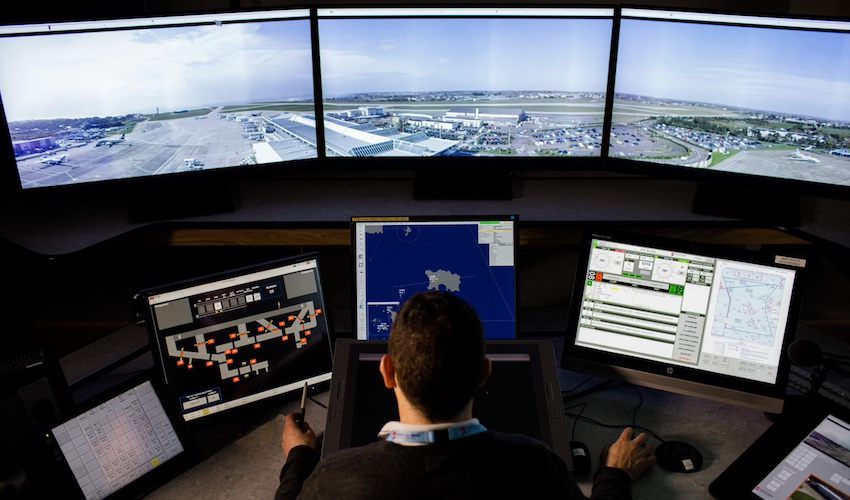 Jersey Airport has become the first airport in the British Isles to implement a system to control air traffic remotely in case of a technical failure.

The £1.2million project will allow Jersey Airport to control ‘live’ air traffic from its remote facility, located just south of the airfield, providing a contingency in the event of an evacuation of the main air traffic control (ATC) tower.

Images of the airfield and its surroundings will be delivered to the remote tower using a network of 13 HD cameras to create a 240-degree field-of-view of Jersey Airport, which is then ‘stitched’ together. 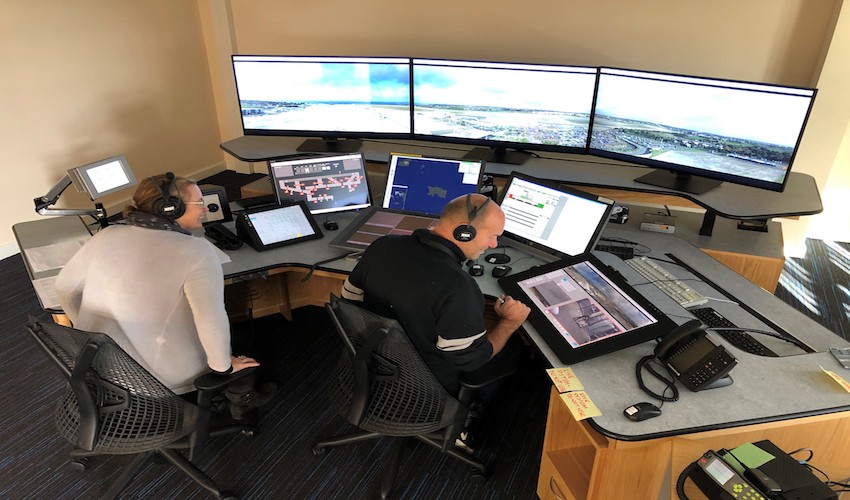 Pictured: Images of the airfield and its surroundings are delivered to the remote tower using a network of 13 HD cameras to create a 240-degree field-of-view of Jersey Airport.

The panoramic picture is then displayed on three large screens at the nearby remote tower working position. The remainder of the equipment required is identical to the existing systems used in the conventional tower.

The new system was implemented following a comprehensive testing period in recent months, as well as training for all air traffic controllers.

Ports of Jersey described the business case for remote tower technology as "compelling", as it potentially avoids the need or expense of a conventional control tower while offering enhanced visibility and safety features as well as cost savings. 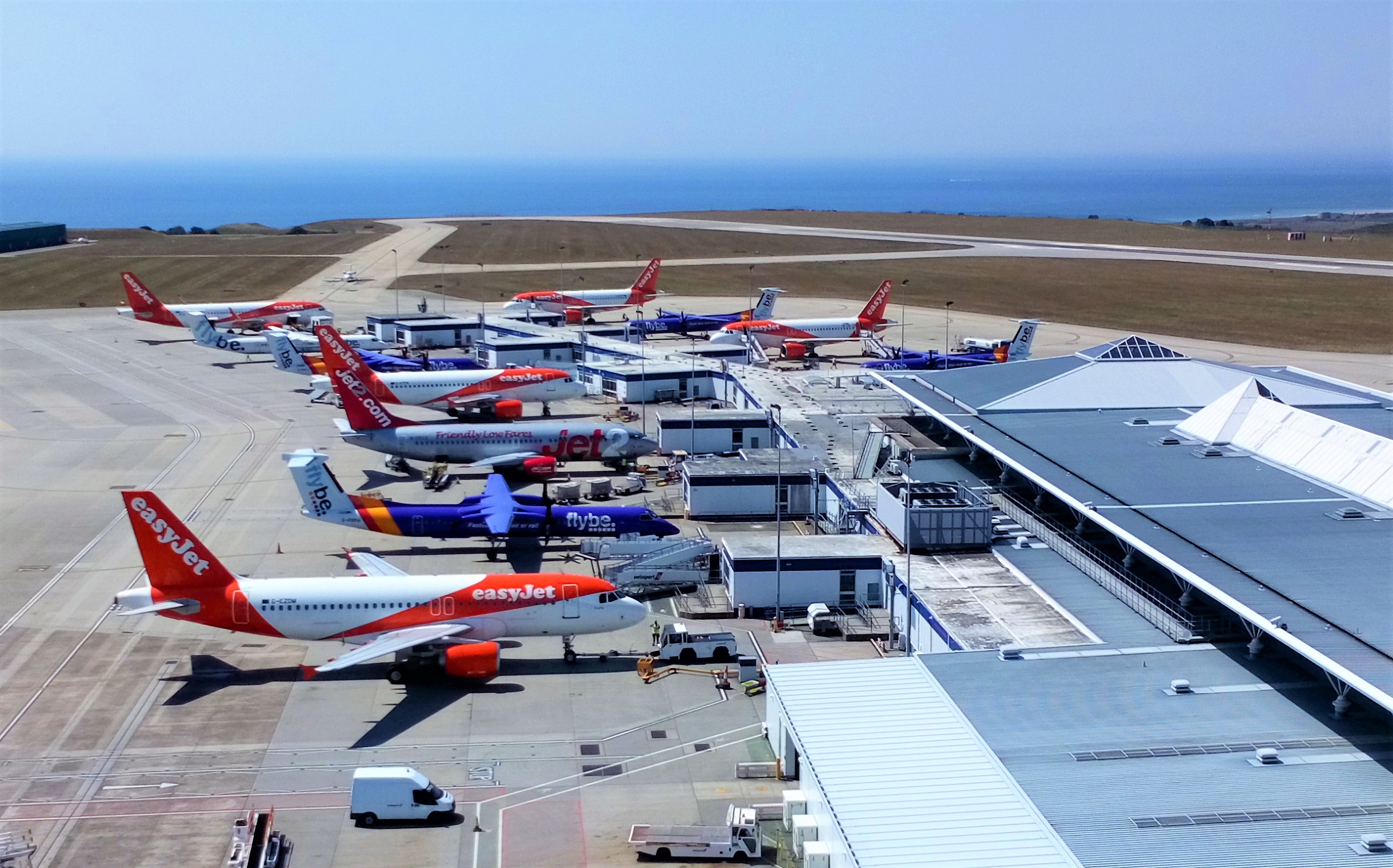 The new tech was also said to be a "business development opportunity" for Port of Jersey.

They are already developing a business strategy to offer similar solutions to other airports within the UK and Europe.

Active discussions are already taking place with other organisations are reportedly interested in deploying the technology in the future.

Jersey Airport currently handles around 23,000 commercial movements annually and is the fifth busiest airport in the British Isles in terms of corporate and general aviation traffic, with more than 45,000 total movements overall.

The overall investment in the project, which was entirely funded by Ports of Jersey, was of £1.2million.