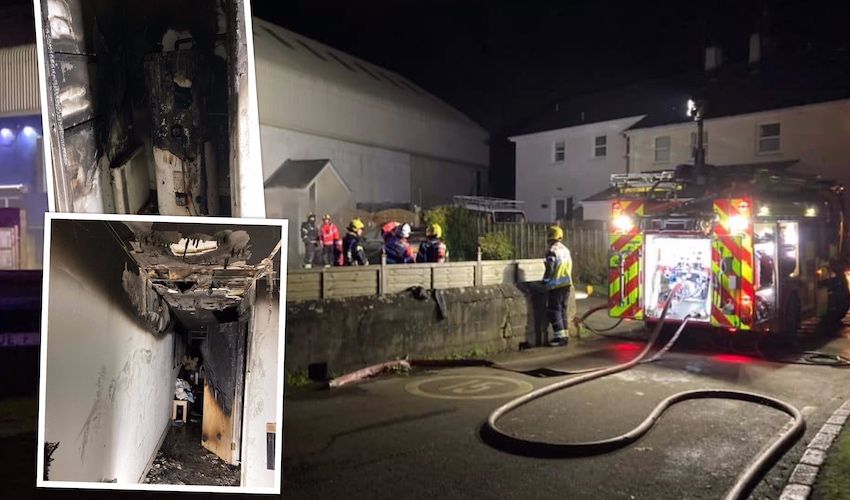 Firefighters have credited a smoke alarm for saving the lives of a family of four and their cat after it alerted them to a blaze believed to have started in an airing cupboard.

Jersey Fire and Rescue Service was called at around 01:00 on Sunday to deal with the fire in a home attached to a warehouse in Bellozanne Valley.

Two fire engines with nine firefighters from Red Watch were sent to tackle the blaze.

When they arrived, the crews were confronted with large amounts of smoke coming out of the property's doors and windows.

Four firefighters, equipped with breathing apparatus, went inside the home and put the fire out with a hose-reel before it could take hold or spread to neighbouring properties.

Firefighters later said on social media that the four people living in the property had been alerted to the fire by the smoke alarm and left the property without any injuries. The Fire Service said the alarm had "undoubtedly saved their lives".

Initial investigations suggest the fire started in an airing cupboard. Further investigations are currently taking place to try to establish the cause.

Local firefighters on the road to deliver fire engines for Ukraine