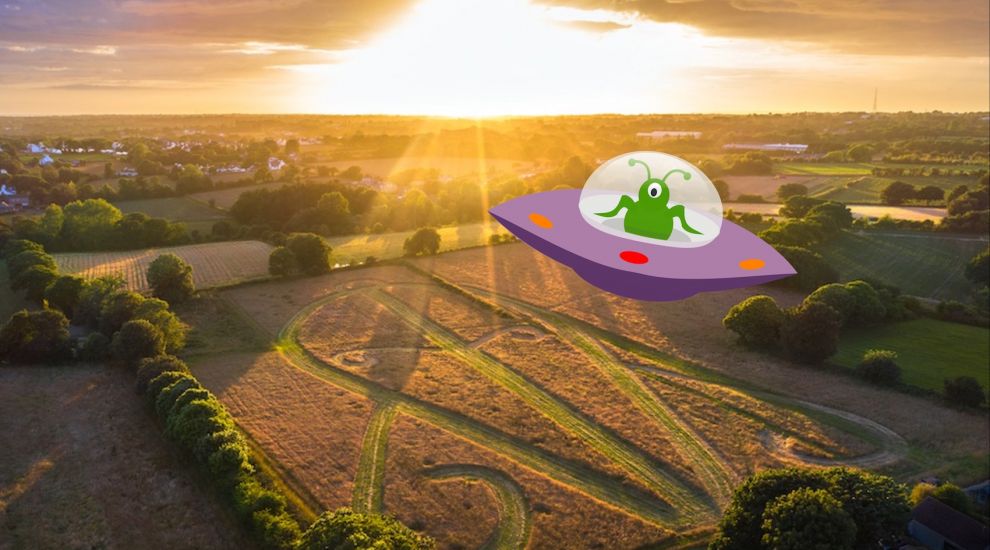 A crop circle has mysteriously appeared in a field in Trinity, leaving some islanders wondering if alien visitors have arrived in the island.

Local farmers have admitted that they are bemused as to why the extra-terrestrial creatures would choose to land in Jersey, suggesting that the aliens must be completely unaware of the rising cost of living on the island. 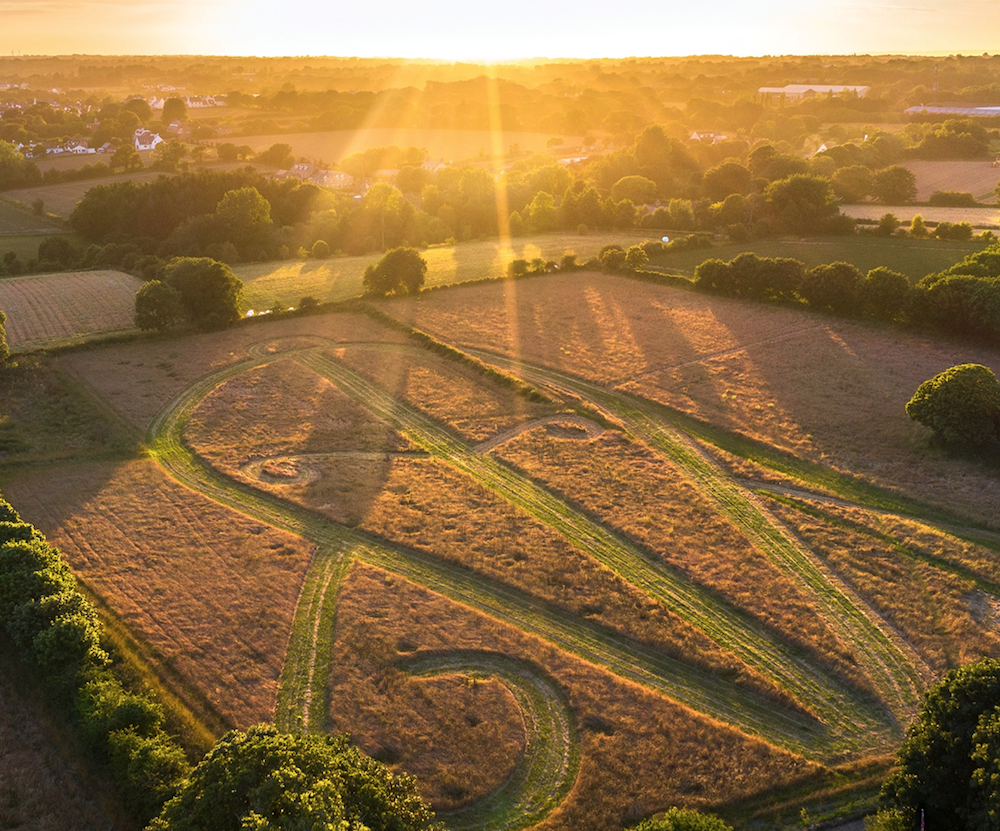 CLICK TO ENLARGE: The strange pattern was photographed from the air by local drone pilot, Matthew Loughlin.

18-year-old Matthew, who photographed the crop circle, said: "I decided to take my drone up in an area I had never really been before in the eastern country side of the island and then about halfway through the flight I saw this in one of the nearby fields.

"After looking at it closely, I saw it was some sort of symbol that spans quite large across the field."

Crop circles are a well-known and popular part of the Wiltshire landscape in the UK, typically appearing in late spring and then through the summer months, often around the ancient site of Avebury. People across the UK have tried to explain these strange appearances for years.

Matthew also explained that he noticed a sign on the edge of the field which appeared to direct the viewer to a website: jerseyalchemist.je.

It could be possible that the website is an attempt at alien communication, as the first blog post is entitled 'HELLO WORLD!', however the rest of the website appears to be focused on sustainable farming.

If aliens really have made their first contact with humans through a random field in the Trinity, it seems that they are more interested in organic farming techniques than any sci-fi film could have anticipated...

NEWS EYE: Under the hammer horror... alien attack on Fort

Not just me that is a little mad?
Posted by David Renouf on Jul 1st, 2022
Maybe the tractor driver had sampled the local medican ?
Posted by Stephen Tompkins on Jul 1st, 2022
Nah, I think it is the Final directional guide to La Hougue Bie burial site, for our unwanted outgoing Politicians to be entombed. Perhaps seeing the light (for the first time) twice a year at the solstice
Posted by Glenn Cowie on Jul 1st, 2022
Did extraterrestrials visit Trinity?

No. No, they didn't.
To place a comment please login Login »

VIDEO: They ain’t afraid of no ghosts…