Andium: £10m for affordable housing “a drop in the ocean” 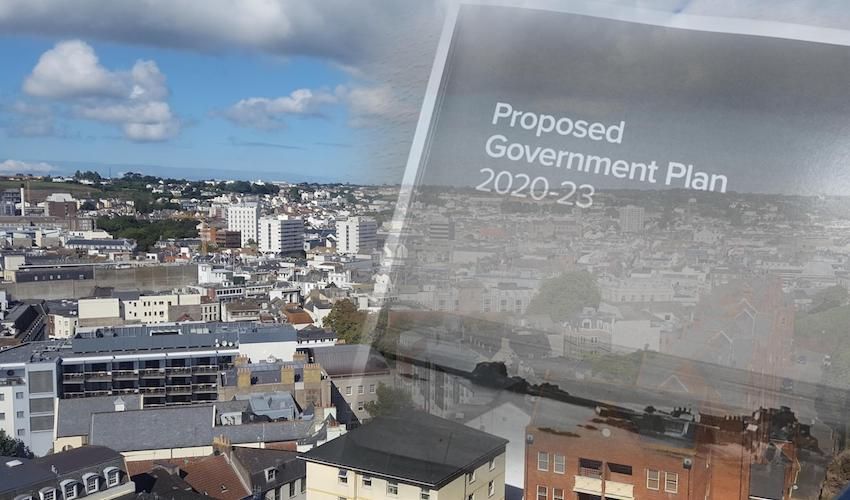 Andium: £10m for affordable housing “a drop in the ocean”

Andium Homes has described the government's planned £10million affordable housing investment as “a drop in the ocean," warning that their funding pot has dried up amid soaring demand for new homes.

Having allocated all of the funding borrowed from a £250million government bond created for the social housing provider when it was first established, Andium says it could now be forced to seek private loans to deliver enough homes to meet the island's need.

The rare public criticism of the government came in a strongly-worded letter to Scrutiny and comments made to Express by the body, which is wholly owned by the government and directed by the Housing Minister, but operates at 'arms-length.'

Pictured: Andium made a critical submission to a Scrutiny panel reviewing the Government Plan.

At the heart of Andium’s concerns is that the £10million funding earmarked for an affordable housing scheme in 2021 in the Government Plan “is not sufficient investment to address the housing issues facing the island today."

Earlier this year, an independent report found that Jersey will need to deliver 7,000 new homes by 2030 – by building housing, using vacant properties and re-allocating existing stock – in order to meet the projected demand.

This ‘worst-case scenario’ figure is more than three times the number of homes Andium has pledged to build by 2025: 2,000.

In a letter submitted to the Environment, Housing and Infrastructure Scrutiny Panel – a group of politicians currently reviewing the aspects of the Government Plan within this remit – Andium’s Head of Communications and Specialised Services Dominique Caunce explained the problems faced by Andium, which is the only provider of a First Time Buyer scheme in the island.

Pictured: Andium have responded to the affordable housing aspect of the Government Plan.

“We strongly believe that any investment in housing must be directed into the supply of new homes. The Andium Homebuy Scheme works well to make home ownership a reality for those on lower incomes, and requires no funding – more sites are required if we are to meet the ever-increasing demand for first-time buyers – currently 1,479 applicants on the Affordable Housing Gateway,” she wrote.

Ms Caunce further reminded the panel that “Andium Homes receives no Government funding, but makes an annual return to the Treasury, £30million in 2019, to fund other services (the return of £30million covers the £17million cost of the Income Support housing component for Andium tenants and provides and additional £13million)."

The Andium communications head also emphasised there would be serious consequences should further costs – including the proposed social housing regulator – fall to Andium.

These costs, Ms Caunce stated, could only realistically be funded by “higher rent charges”, “less investment in maintenance of properties”, “reduction in other services” or “a reduced annual return to the Government of Jersey (currently £30million per annum)."

Elaborating on her letter to Scrutiny, Ms Caunce – speaking as a spokesperson for Andium – told Express that, in comparison to the projected demand and the current spend on housing projects, the Government Plan's £10million affordable housing pledge was a mere “drop in the ocean.”

Pictured: "These are big numbers, £10 million is a drop in the ocean."

Drawing on the estimated 7,000 homes needed by 2030, Ms Cauce continued: “By way of comparison, Andium Homes is currently on site to deliver 760 new homes, and with other sites in progress, such as the Jersey Gas site, and Brewery site, we are currently committed to some £350 million."

This, Ms Caunce said, is in addition to money invested in refurbishment projects (£25.7m) and property maintenance costs (£52.2m).

“These are big numbers, £10 million is a drop in the ocean, when you look at how many homes are still required to meet demand.”

Pictured: The demand for homes in Jersey is ever-increasing.

Circumstances are made more complicated by the fact that Andium’s main funding source – the £250million bond ring-fenced for the arm’s length body when it was first created – has been used up.

“Our Strategic Business Plan gives a commitment to deliver 2,000 new homes by 2025, with a further 200 per year to 2030. New supply and refurbishments to date have been funded through borrowing from the Government’s £250 million bond, but this is all now committed.

“Andium Homes will likely have to look for private borrowing to deliver on its Strategic Business Plan commitments. The transfer of States-owned sites earmarked for housing would also alleviate the need to purchase new land.

“However, Andium Homes cannot provide solutions for all the housing issues facing Jersey.”

READ MORE: Click below for Andium's letter in full...