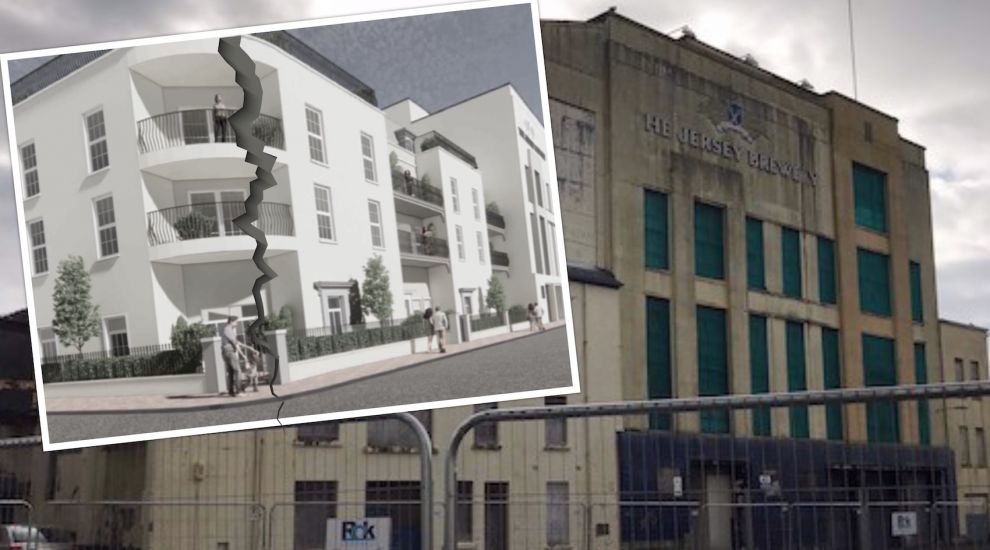 Andium Homes has withdrawn plans to build new homes on the site of the former Ann Street Brewery after the Environment Minister ordered a Public Inquiry into the development, as well as into new homes at the Mayfair Hotel.

It came after a separate Planning Application was published to demolish the Mayfair Hotel and build 137 one-bedroom and 67 two-bedroom flats.

At the time, the Environment Minister said the developments were “likely to have a significant effect on the interests of a substantial part of the population” and that the public should be consulted in accordance with Planning and Building Laws.

A Planning Inquiry would have seen an independent Planning Inspector appointed and islanders invited to share their views on the plans.

Earlier this month, Adrian Huckson, Design Director at Dandara, who was working with Andium Homes on the project, wrote to the Planning Department saying that as a result of the Public Inquiry called by the Minister, the plans were being withdrawn.

A spokesperson for Andium confirmed the application had been withdrawn so that “additional options” for the site, as well as feedback from the Planning Department, the Historic Environment Team and the Jersey Architecture Commission could be considered, before another application is submitted in the future.

Following Andium Homes’ decision, the Minister announced the Public Inquiry would not be necessary anymore as the Mayfair development would not alone have “a significant effect on the interests of a substantial part of the population of Jersey."

Posted by Martin on Jun 29th, 2021
Is this suitable for a hospital site?
To place a comment please login Login »