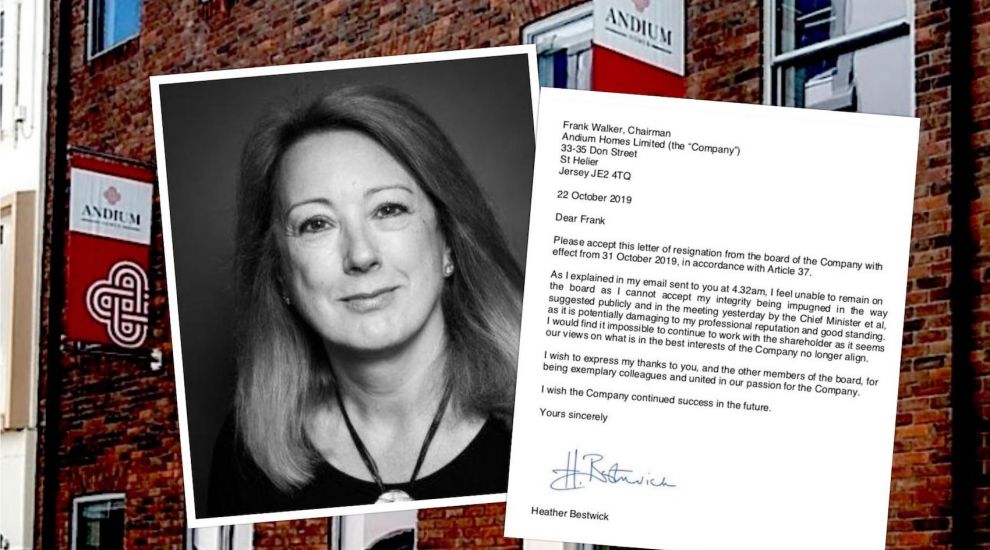 In the middle of the escalating political row surrounding the island's social housing provider, Andium Homes' Vice-chair has now resigned, saying she couldn't accept her integrity being "impugned" by the Chief Minister.

Heather Bestwick (pictured), a former Technical Director and Deputy Chief Executive at Jersey Finance, stood down this afternoon as the bitter dispute between Andium and the Government continues.

The long-running disagreement over pay and bonuses for senior executives hit the headlines last week with the leak to the media of a resignation letter from the former Finance Director and Chief Operating Officer of Andium, John Hamon.

In his resignation letter, Mr Hamon reportedly spoke of a “culture of fear” and described the government as “dictatorial”. 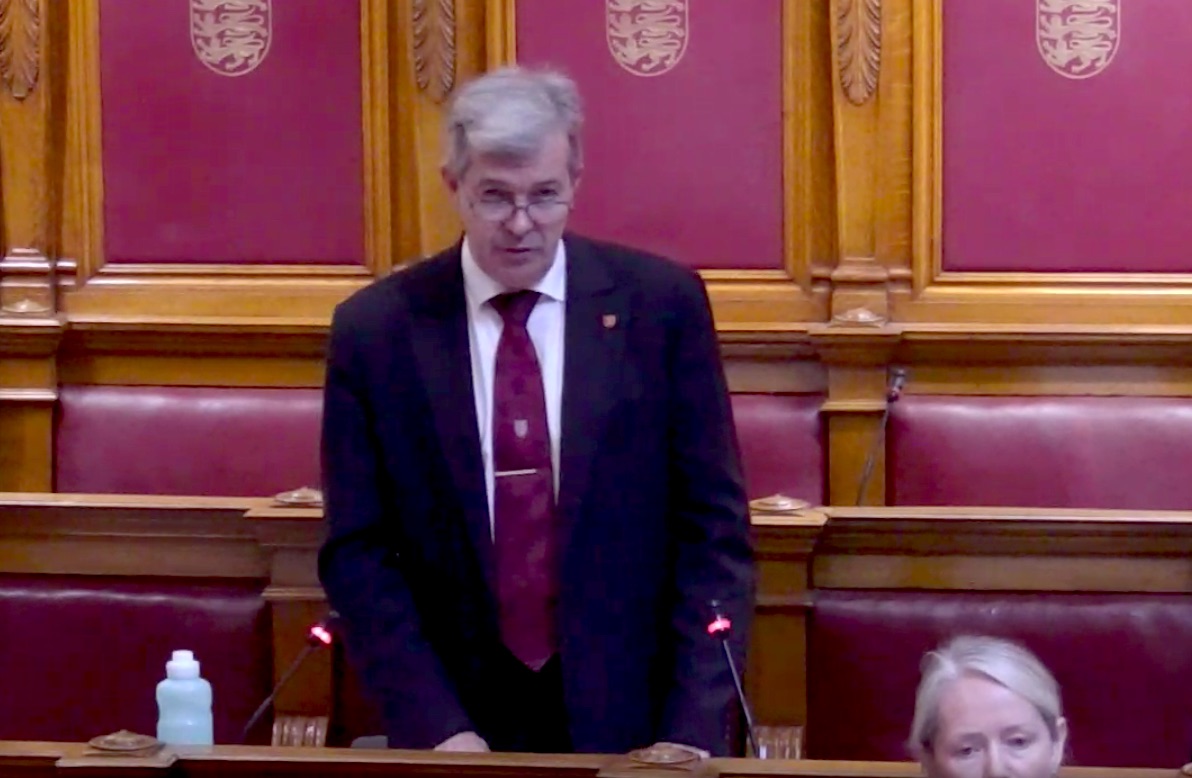 It boiled over in the States Chamber yesterday, when Chief Minister John Le Fondré defended the government's position, saying that big pay increases and a bonus for senior Andium staff hadn't been properly approved by the Treasury, as the representative of the States as the sole shareholder:

“More specifically, it relates to the high increases in the remuneration of executive directors since incorporation, which has seen the total pay and bonuses of the CEO of Andium go up more than 75% since 2014 when the company was incorporated,” Senator Le Fondré told his fellow States Members.

Pictured: Senator Le Fondré described some of the levels of pay and bonuses awarded to Andium executives as "excessive".

Now, in reaction to those comments, Andium's Vice-chair Heather Bestwick has resigned, with the company publishing her resignation letter in full. The resignation comes at a time when Andium is on the hunt for its future Chair, with the incumbent, former Chief Minister Frank Walker, due to step down soon.

Mrs Bestwick says: "I feel unable to remain on the board as I cannot accept my integrity being impugned in the way suggested publicly and in the meeting yesterday by the Chief Minister et al, as it is potentially damaging to my professional reputation and good standing.

"I would find it impossible to continue to work with the shareholder as it seems our views on what is in the best interests of the Company no longer align."

Responding to the resignation this afternoon, a spokesperson for the government commented: "The Government is disappointed that Heather Bestwick has chosen to resign from the Board of Andium Homes, rather than stay in post to help resolve the longstanding matters over executive pay and to support a new Independent Non-Executive Director to ensure good governance and recruit a new Board Chair and other Board members.

"We will make a further announcement about the new Independent Director in due course."

The dispute is coming to a head with the publication tomorrow of a report on pay for executives at the States-owned entities like Andium, by the Comptroller and Auditor-General, Karen McConnell. 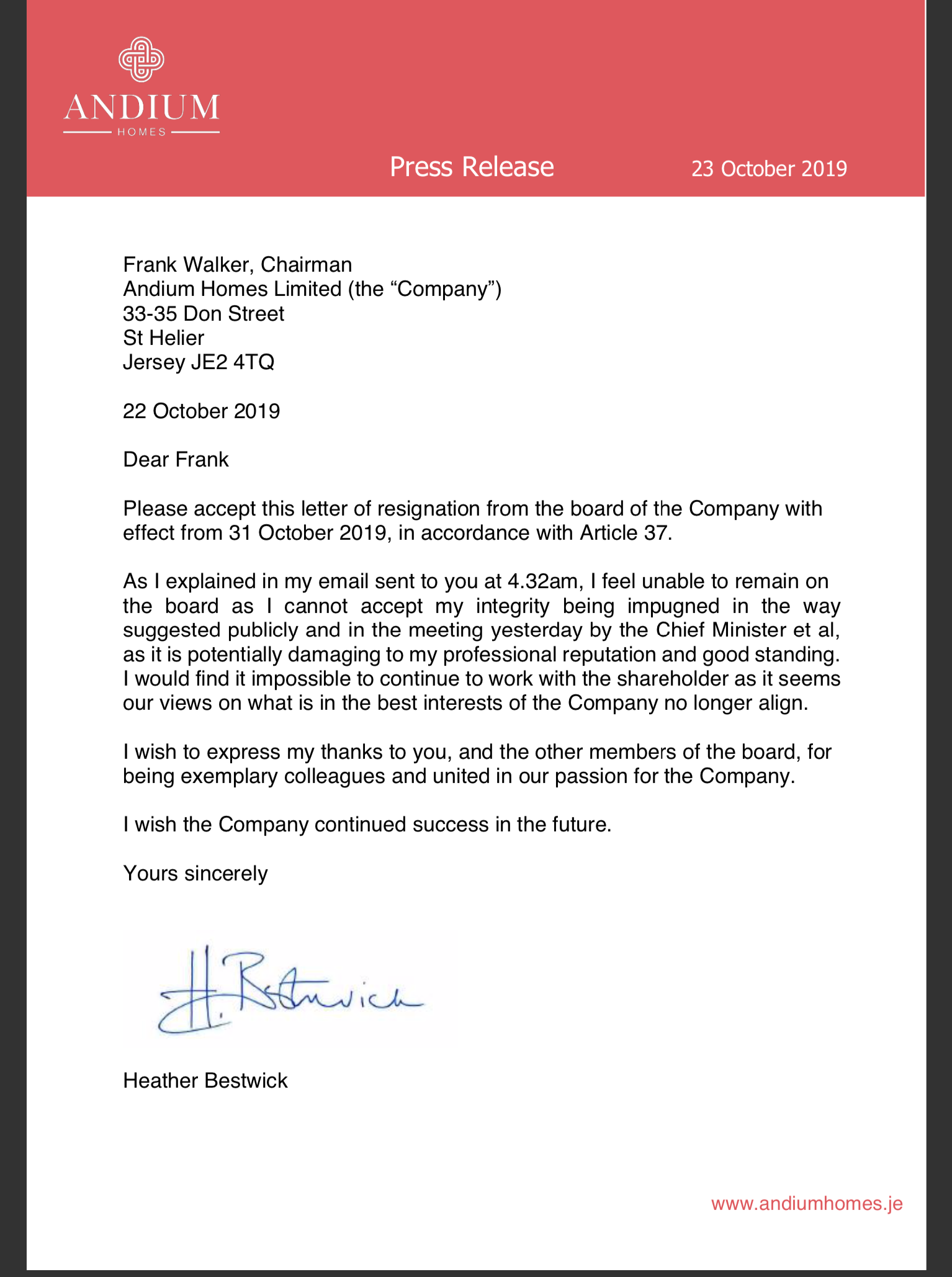