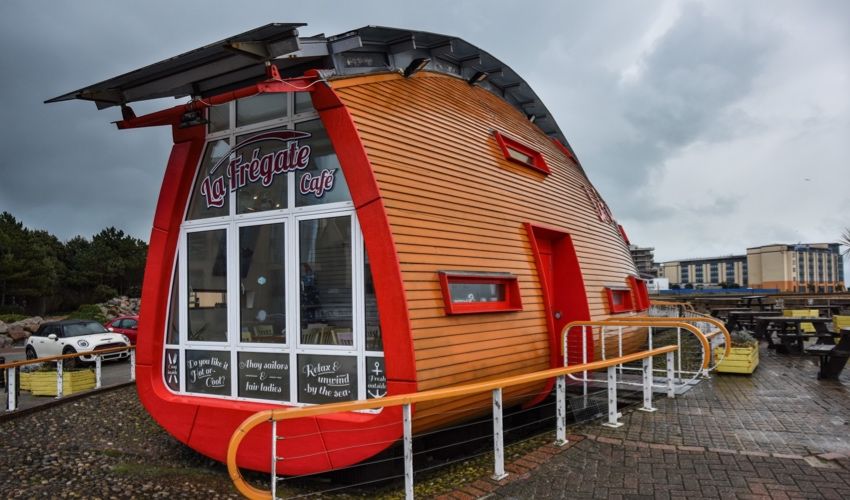 La Frégate café on the Waterfront has been officially listed as a Grade 2 building – which means that there is a high level of protection against making changes to it.

The distinctive upturned-hull design was built in 1997 and has become a landmark between West Park and Jardins de la Mer.

However, when Jersey Development Company unveiled its ambitious plans for the Waterfront last year, which includes 1,000 flats, a ‘gateway’ tower, an arthouse cinema and new leisure complex, La Frégate was conspicuous by its absence.

Drawings showed a café and kiosk ticket zone near West Park, amphitheatre seating, a playground, a ‘flexible’ lawn space and seating – but not the 33-metre cedar-clad eatery.

This prompted campaigners, including local architect Derek Mason who helped design it, to lobby for its listing, which the Government has now granted after being advised by Jersey Heritage. 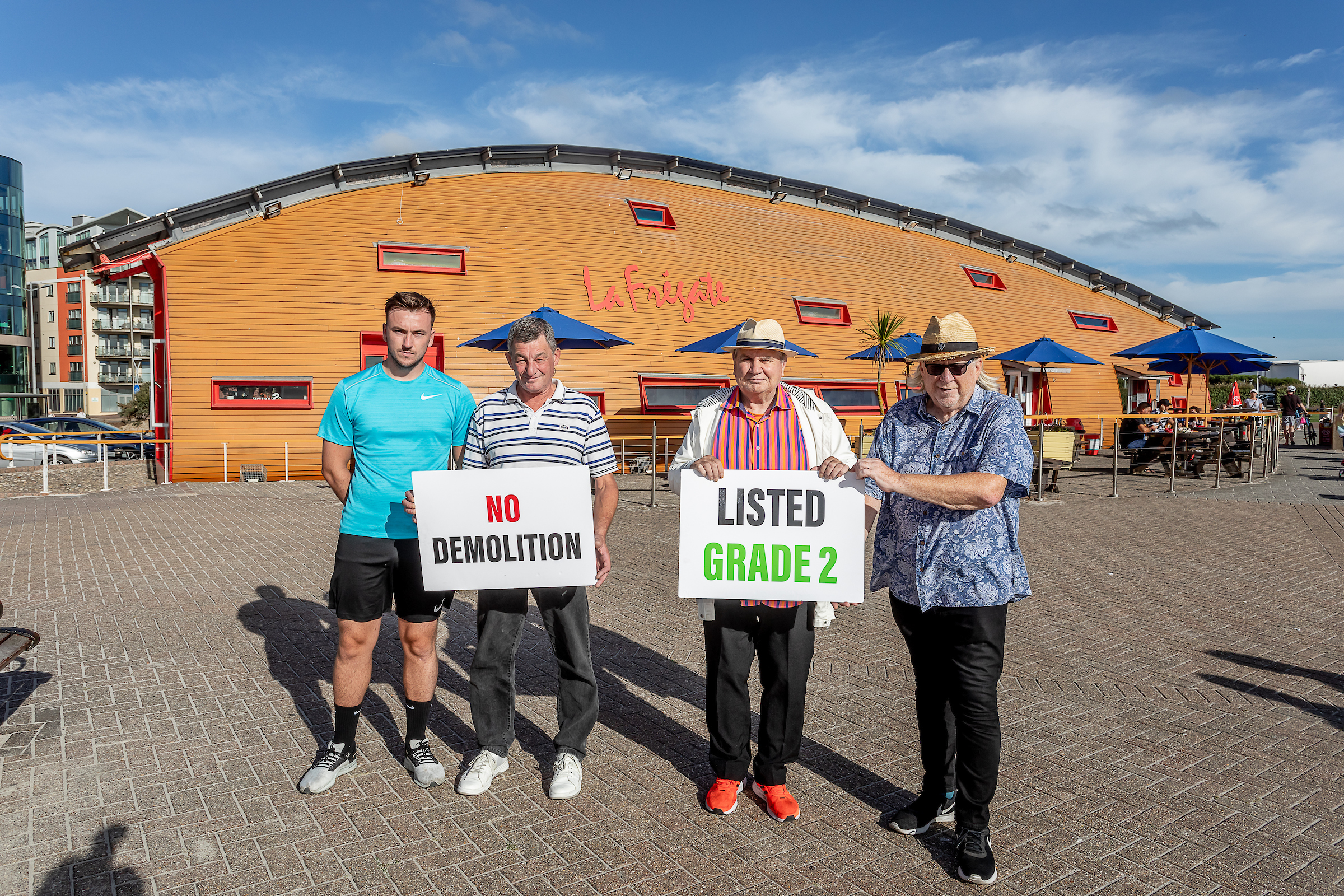 However, Mr Mason argues that that is not an option because of the way the building had been designed and constructed.

Responding to the listing, he said: “It is good news but La Frégate cannot be moved because it will fall apart. Quite simply, the building needs to stay where it is. It would break my heart to see it demolished.”

Jersey Heritage, as the Government’s adviser on the special interest of buildings and places, reviewed the proposal for listing that was submitted earlier this year by Save Jersey’s Heritage, with the support and advice of UK charity, the Twentieth Century Society.

In its report, Jersey Heritage said the building has special architectural interest because:

La Frégate was based on a conceptual design by the British architect Will Alsop, of Alsop and Störmer, whose buildings have received many awards, including the Stirling Prize, the RIBA Regional Award for Architecture, and the Civic Trust Award. Mr Mason of the Jersey-based Mason Design Partnership, delivered the design, working with John Leveridge.

The Twentieth Century Society – a UK-based charity which campaigns to save outstanding modern buildings and design, supported the listing on the basis that: “The structure expresses the innovative approach to design that characterised Will Alsop’s career.

“It is an exceptional, well-preserved piece of late 20th-century design. Its exterior, an exercise in ‘wilful shape-making’, is unique and innovative, and its interiors thoughtful and contemporary”.

The owners were notified of the intention to list earlier this year, with the final decision made by the Government’s Group Director of Regulation, Kelly Whitehead. An appeal, to the Environment Minister against the listing of the building can still be made.

The listing of a building or place does not necessarily prevent change to a heritage asset. However, any planning decision affecting a listed building needs to have explicit regard to its special interest.

Posted by Scott Mills on Nov 29th, 2022
Listed!!! erm the guy who opened it, who spent day/week in upside down boat at sea. Hardly listed status. My vote is now, considering this is supposed to show the "best" of 20th century buidling. My next vote is for the radisson to be listed. In fact, let's just make everything listed.
To place a comment please login Login »

A new home for the iconic La Frégate?