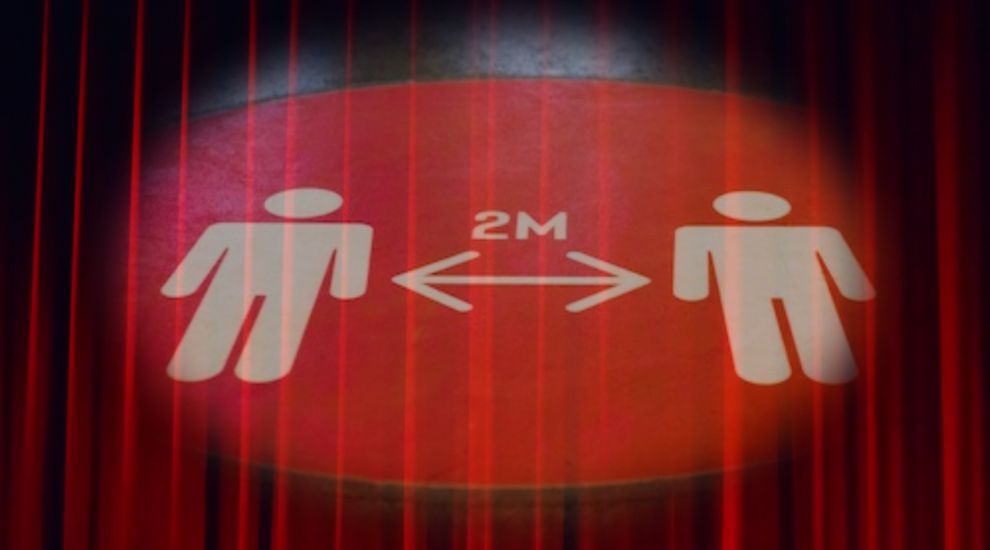 A local community theatre company has had to rewrite the script of their 30th production, a loose adaptation of a Greek comedy, after the production was hampered by the ‘Chastity Belt of Social Distancing.’

Back in the not so distant past, November 2019 to be exact, ACT (ArtsCentreTheatre) started working on their 30th production, a new (and loose) adaptation of Aristophanes’ Lysistrata, entitled 'Lust Actually', as an homage to their very first production in 2004.

Director Jason Kenyon rewrote the script of the classic ancient Greek anti-war sex comedy, relocating the story to the Coytoose Islands, a fictional group of three located somewhere in the Atlantic. The women of these beautiful islands, who are in a perpetual state of war with each other, have had enough and, like Lysistrate, decide that the only solution is to give their men-folk an ultimatum, "no peace, no nookie".

‘Lust Actually’ was originally slated for performances in July and rehearsals were already underway when the corona virus hit the island. 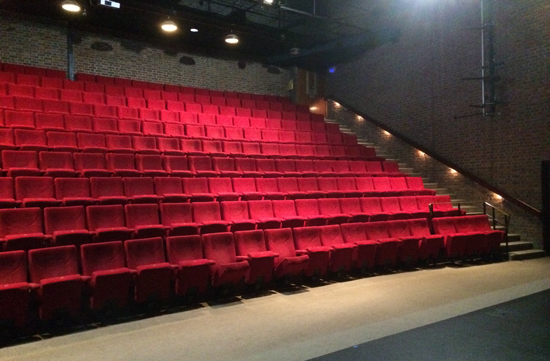 Pictured: Each performance of ‘Lust Actually’ will be recorded live.

The theatre group refused to be stopped by the virus and will take to the stage between 28 and 30 October at 19:30 with an adaptation of their adaptation, after rewriting ‘Lust Actually’ with the current restrictions on live theatre very much in mind.

“The problem facing the group was that by its very nature, a sex comedy, even one dealing with a sex strike, requires a level of physical intimacy on stage that is somewhat hampered by the metaphorical 'Chastity Belt of Social Distancing',” the group said.

“The answer was, however, quite simple as it turns out; if they couldn’t act dirty they’d just have to talk dirty.

“The script has been re-imagined (again) as a radio comedy complete with more innuendos than a box set of Carry On films, more double entendres than in Beyond Our Ken and Round The Horne combined, and more suggestive sound effects than the entire run of The Goon Show (that last one might be a slight exaggeration but you get the idea).”

Each performance of ‘Lust Actually’ will be recorded live, including the audience reactions, and the results will be edited together for subsequent release on CD and digital download. Every member of the audience will receive a free copy.

New artwork at the barn 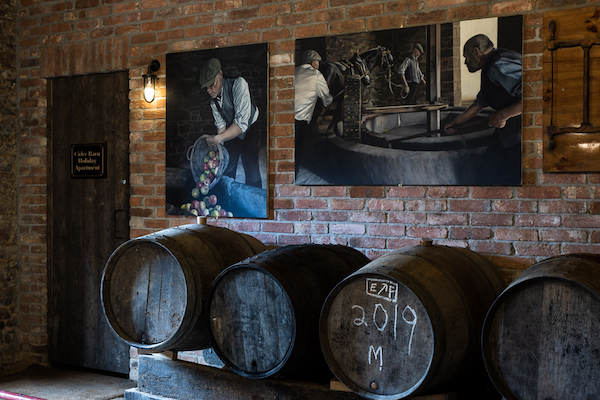 Pictured: Jason Butler has captured the atmosphere of the working cider barn in the 19th century.

Three new paintings have gone on display at the Cider Barn at Hamptonne Country Life Museum.

Local artist Jason Butler captured the atmosphere of the working cider barn in the 19th century as well as the drama and process of the island’s cider making traditions. 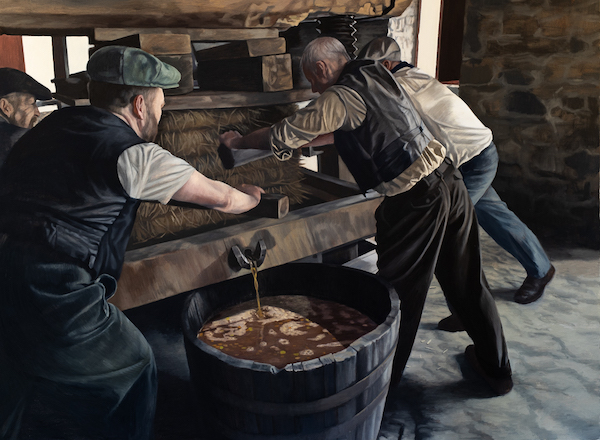 Pictured: The paintings are on display at the Cider Barn at Hamptonne.

Funded by a private donor, the project aimed to highlight the significance of the local cider production and export industry.

Hung last week ahead of La Faîs’sie d’Cidre, the paintings will remain on display at the Cider Barn, which was restored in the early 1990s when the granite apple crushed and ‘corkscrew’ cider press were reinstated.

ArtHouse Jersey​ is looking for Jersey-based dancers for a choreographic project aiming to bring to life some of the stories celebrating Liberation 75 that were uncovered during the research process for ‘The Face of Liberation’.

Carolyn Rose,​ a Jersey-based ex-dancer from Ballet Nacional de Cuba, Les Ballets de Monte Carlo, and the Norwegian National Ballet, will be selecting which stories to work with and choosing how to tell them using the talent of a number of locally based dancers.

The project will consist of 10 to 12 workshops over a six-week period in November/December, located primarily at the Barracks at Grève de Lecq. 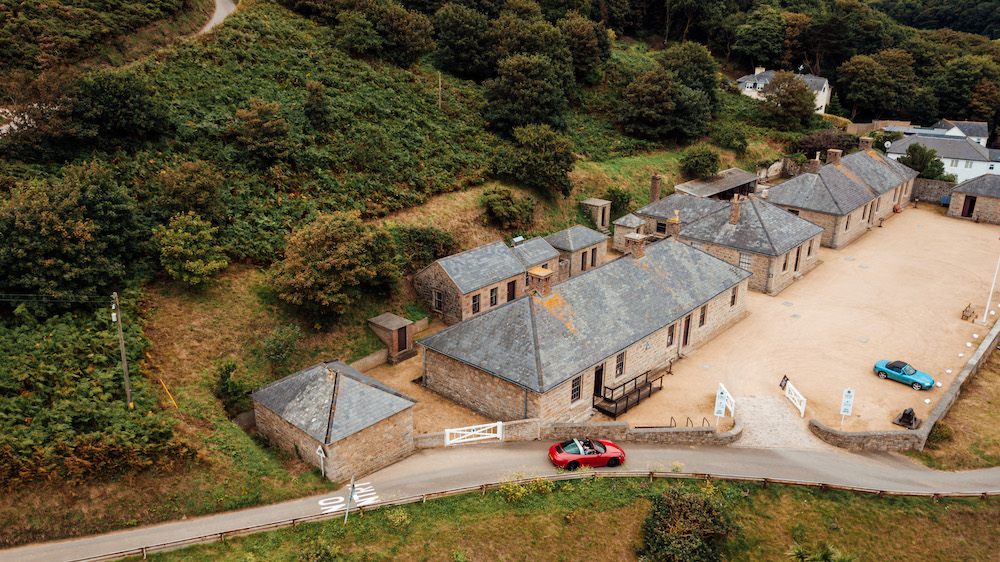 Pictured: The workshops will take place at ArtHouse Jersey's HQ at the Greve de Lecq Barracks.

Any dancer aged 16 and over, no matter what their dancing background is, is welcome to apply.

“It is important to us to not only create this fantastic opportunity for dancers who are looking to work on a unique and professional project right now, but also to harness and celebrate some of the people at the heart of these stories which made up the overall Liberation experience at the time,” Tom Dingle, ArtHouse Jersey Director, said.

“Some were sad, some brave, some funny, some poignant, but all are true Jersey human experiences that deserve to be told and understood. We can’t wait to see what evolves through the dancers’ collective interpretation of these tales”.

"From Obfuscation to Lucidity"

Sascha Hartmann, aka Harti, is presenting his debut exhibition 'From Obfuscation to Lucidity' at CCA Galleries International until 13 November.

Described as a "timely reaction to an enervated and assaulted global society", the exhibition offers comparisons between divinity and capitalism, pop and tenebrism, good and evil on giant canvases.