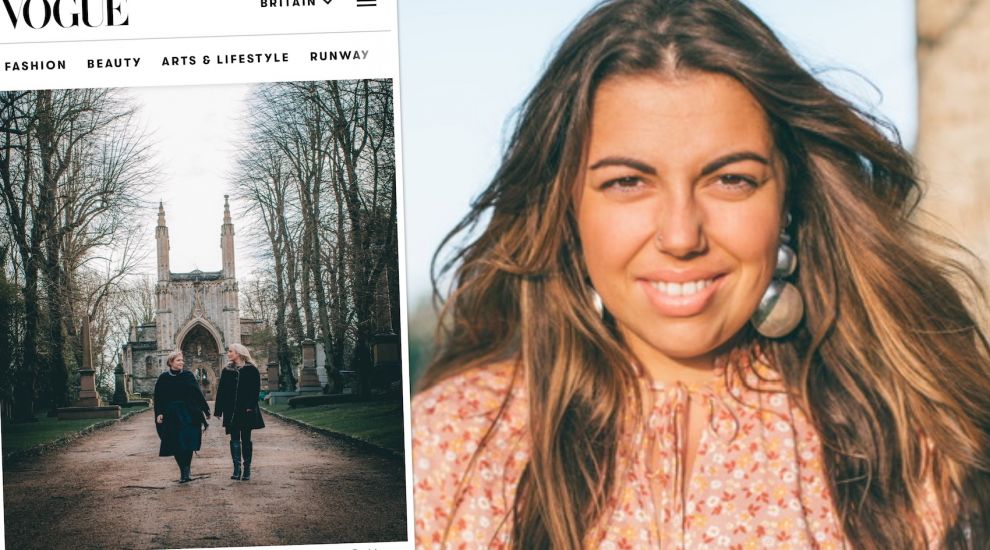 A picture snapped by a local photographer in London to accompany a book about “life, living, death and dying” has been featured in the British version of Vogue.

‘We all know how this ends’

In December 2019, local photographer Melissa Rodrigues was asked by Anna Lyons, to take pictures of her and Louise Winter.

Anna, an end-of-life doula, and Louise, a progressive funeral director, have been working together for several years and created ‘Life. Death. Whatever’ to “redesign the dialogue around death and dying, to open it up and to find new approaches to this important subject”.

They asked Melissa, who is friends with Anna, to take pictures which would be used for the promotion of their book, ‘We All Know How This Ends’ which was recently published by Green Tree (Bloomsbury). 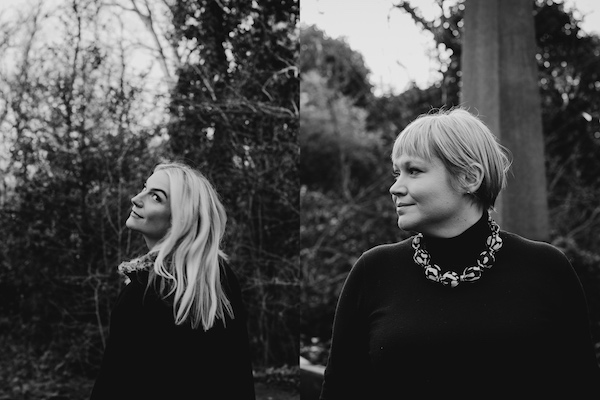 “It was nice that Anna asked me to be involved, she has worked with a lot of photographers in London but she wanted to give me a platform,” Melissa recalls. “She flew me to London in December 2019 and we went over to a gothic cemetery in London in a place called Nunhead.

“We talked about the project and the photos which would support the release of their book, ‘We all know how this ends’ which is about death and the process of losing and of grief.

“It opens a conversation about death and the grieving process, which is something that is not talked about, but everyone is going through it at some stage in their life. It’s an important, kind of like a guide.” 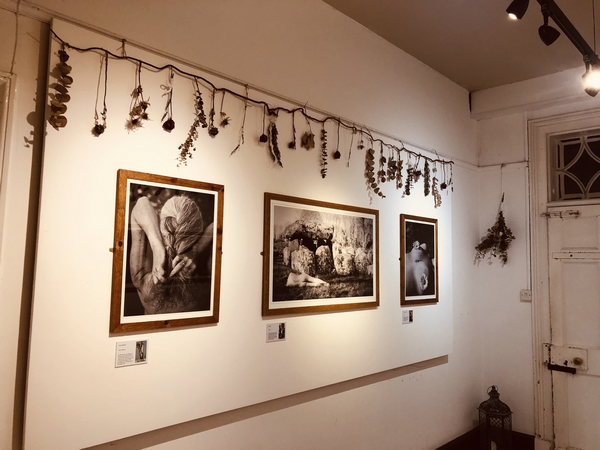 The British version of Vogue recently published an article from Anna and Louise on its site which featured one of the images Melissa took, much to her surprise.

“The photoshoot was done to support the book, so I knew the images would get some sort of reach and would be included in the promotion, but I was very surprised when Anna told me I was featured in British Vogue and sent me the link. It came as a complete surprise… it did catch me off guard."

Melissa, who is a self-taught photographer, described the achievement as “amazing”.

“I am really proud of that image,” she added, recalling that, even though it was taken in a cemetery in keeping with Anna and Louise’s work, she wanted it to be “really light and fresh”. 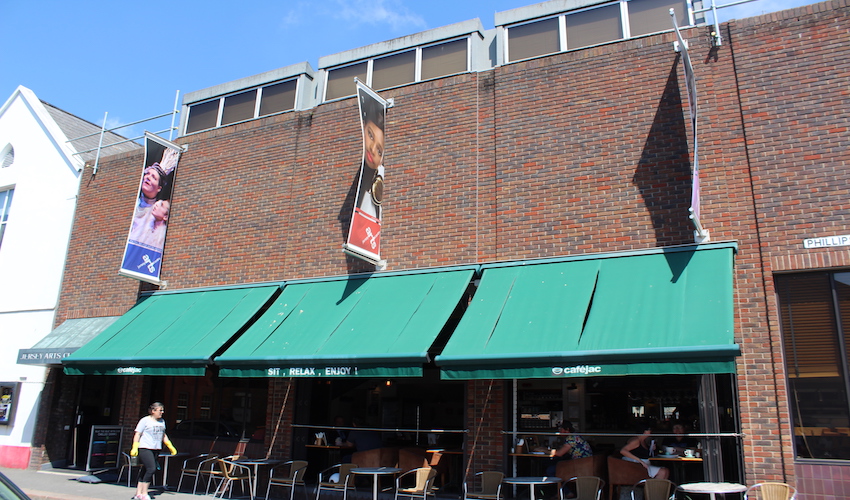 Launched on 18 January, the project has been running online with local writers being commissioned to create five sketches each, all with different themes.

There are now over 30 sketches available on Jersey Arts Centre website, ranging from the moving to the amusing and the fantastic.

‘How does it feel, wearing that crown?’

‘The House Always Wins’, which combines disco-beats with sinister synths and a semi-sung vocal, is his sardonic take on celebrity culture in 2021 and “the rise and fall of reputations generally”.

“The House Always Wins is concerned with the ups and downs of online reputations - and especially those messianic hypocrites of our age: they always get caught out,” Tom said.

“I wrote this track before Harry & Meghan-gate, but I think the fallout and all its winners and victims, the Royal Family, Piers Morgan, are a case in point...We create heroes and villains at lightning speed in 2021, and I wanted to sing about it.”

The ​video​ that accompanies the track is a collaboration with Denelle and Tom Ellis (​A Married Couple​), and sees Rhumba Club play three different roles within an absurdist 70s style gameshow.

The video also features a number of not so cryptic names - The Harry Potter Lady, Kanye-Went-South and Karen DeGeneres - which will be easily recognisable for most.

‘The House Always Wins’ sees Rhumba Club returning to its high energy queer synth pop tracks after a ballad which earned him plays from ​BBC Radio 6​ and an editorial playlisting on Spotify’s ‘​The Other List​’.

Described by Tom Robinson as a true “queer artiste”, Rhumba Club has also been ​lauded by the likes of ​The Fader,​ ​The Line of Best Fit​, ​Clash​, ​British GQ, BBC Introducing. Last month, he also lent his distinctive swagger and signature pose to an underwear campaign collaboration between Dazed​ and ​Calvin Klein.

The life of a Jersey Cow 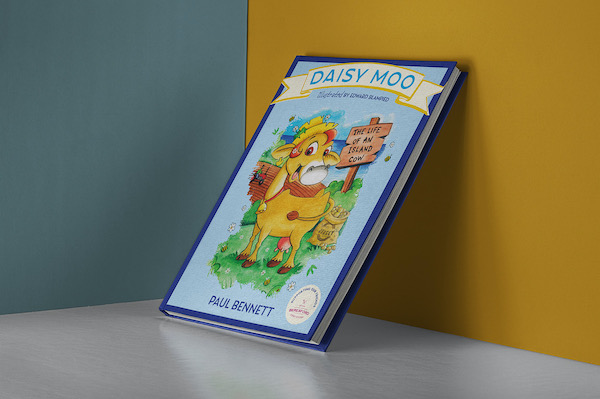 Pictured: Daisy Moo was created by author Paul Bennet and brought to life in colourful illustrations by Eddie Blampied.

Author Paul Bennett and local artist Eddie Blampied have teamed up to release a new children’s book about the lives of Jersey cows, titled ‘Daisy Moo, The Life of an Island Cow’.

“It’s been wonderful to see my words come to life with Eddie’s beautiful illustrations, when I saw the first sketches appear magically on Eddie’s pad, it was as if I was meeting her for the first time,” Paul said.

“Daisy Moo I hope will spark imaginations and help a new generation of children, here and maybe even around the world, fall in love with the Jersey cow.

“Eddie has imbued charm, gentleness and joy into Daisy Moo and her pals, all things you can’t have too much of.”

Eddie described Daisy Moo as a beautiful Jersey cow and said he hoped children will enjoy her adventures and personality. “The book also introduces children to nature, they can learn about Branchage, smell the hedgerows and taste Jersey Royals as they move through the book,” he added.

The book will be launched with a signing session at Ransoms Garden Centre between 11:30 and 14:00 on 27 March. 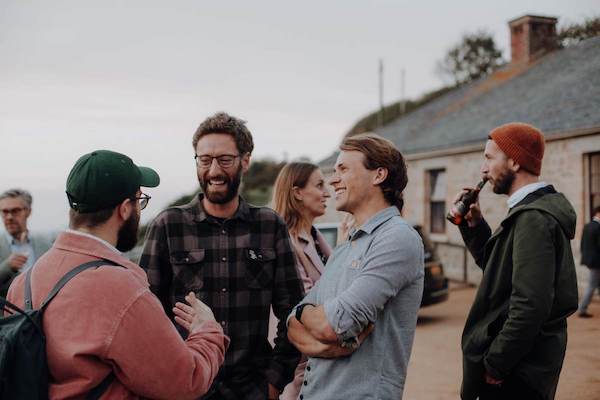 Pictured: Arthouse Jersey is asking all artists to get involved in the survey.

ArtHouse Jersey has launched a survey asking the local creativity community about what types of events and opportunities they feel are currently missing in the island.

The organisation is inviting artists of all kinds to fill in a short questionnaire which includes both multiple choice and open questions about the types of events people would like to attend, their opinions on fair pricing and which events they have been inspired by, both locally and further afield.

Information gleaned from the answers, all of which will be entirely confidential, will go towards helping ArtHouse Jersey understand what would be most useful and enjoyable for the local creative community.

“We aim to serve the community through the arts and a key part of this is supporting and investing in local artists and the creative community,” Tom Dingle, Director of ArtHouse Jersey, said.

“One way we want to expand our work in this area is to facilitate physical events where artists can meet each other, exchange ideas, inspire each other and generally feel a part of a vibrant arts scene. Given the year creatives have had, what they need may well have evolved. We want to ensure that what we are offering is appropriate and useful.

“I wholeheartedly encourage anyone who considers themselves a creative person in Jersey to take a few minutes to do this survey and tell us frankly what they think. The more opinions we have, the better placed we are to deliver effective and exciting events and opportunities for artists.”