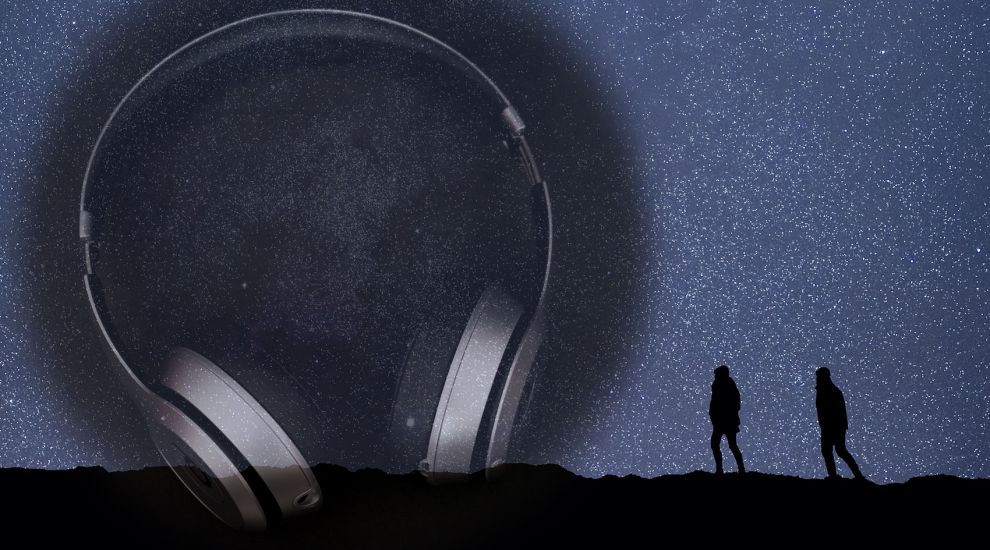 Islanders are being invited on a magical audio-visual adventure imagined by the founder of Bestival that will see them enjoying local landmarks through a ‘Roaming Soundtrack’.

Listen and look around you

DJ Rob da Bank, founder of Bestival and Camp Bestival, has teamed up with ArtHouse Jersey to create 'Roaming Soundtrack’.

From 29 March, islanders are invited to enjoy Jersey’s landscape by venturing to selected locations whilst listening to music that has been tailored to each spot. 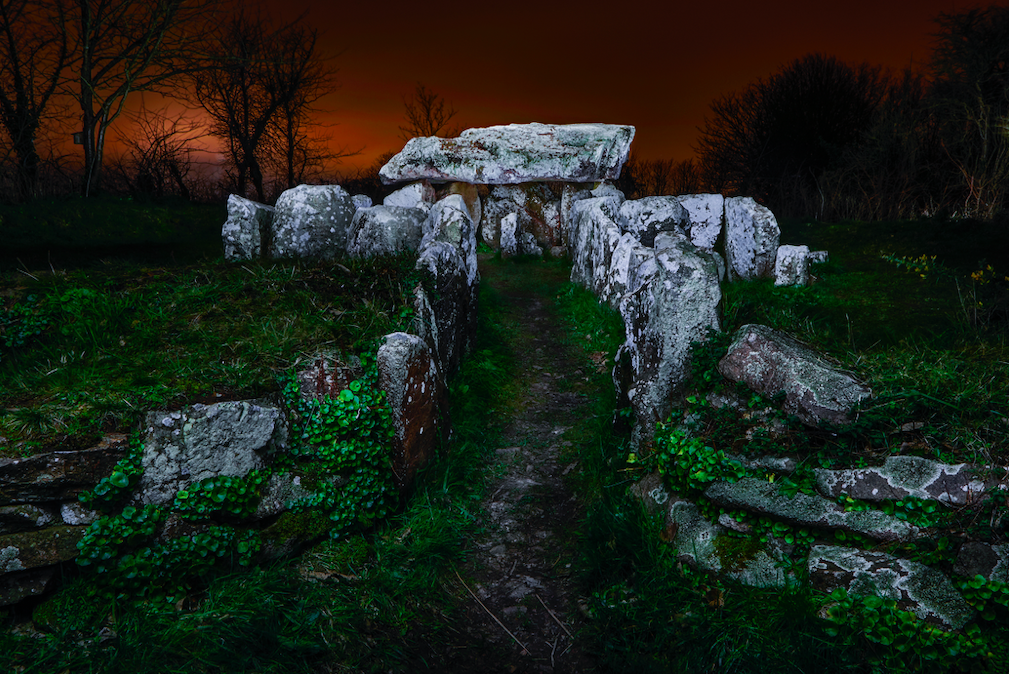 Pictured: Local photographers, including Danny Evans, have captured landmarks such as Faldouet dolmen for the project.

Rob Da Bank said that having this project to work on during lockdown on the Isle of Wight was “a godsend”. 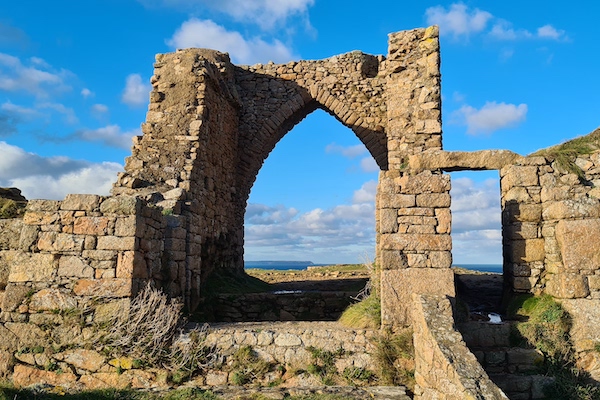 Pictured: Grosnez Castle is one of the locations for the 'Roaming Soundtrack'.

“The photos of Jersey are truly iconic, and it was a pleasure to dream up musicians and composers to match up to the beautiful images,” he said.

“I think it's fair to say we are over the moon with the music we’ve been given by some incredible artists. I cannot wait to stand at these locations and listen to them myself!”

Hautlieu takes over at the Link Gallery

Students from Hautlieu School’s IB Diploma Programme Visual Arts are currently holding their annual exhibition, presenting the body of work they have created over their two years of study, at the Link Gallery.

Teacher of Art, Rob Allen, said the course, which is designed for students who want to go on to study visual arts in higher education as well as for those who are seeking lifelong enrichment through visual arts, aims to encourages students to challenge their own creative and cultural expectations and boundaries. 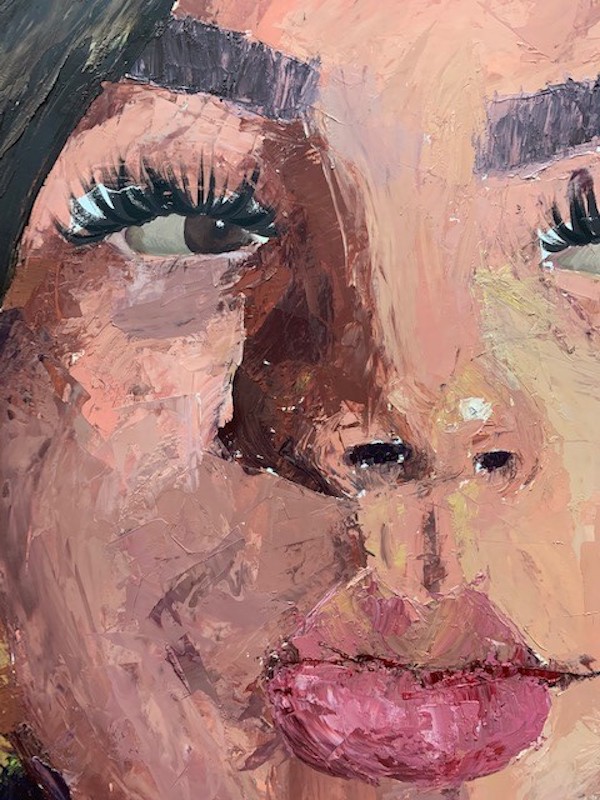 Pictured: Zoe Gygax-Ezekiel is one of the seven students exhibiting this year.

“It is a thought-provoking course in which students develop analytical skills in problem-solving and divergent thinking, while working towards technical proficiency and confidence as art-makers,” he explained.

“In addition to exploring and comparing visual arts from different perspectives and in different contexts, students are expected to engage in, experiment with and critically reflect upon a wide range of contemporary practices and media.”

“These students have been interested in a variety of themes over the two years of the course including the sensation of landscape, what it is to be a young person today, recent ancestors, ancient history, how architecture affects us, internationalism and metal health,” he added. 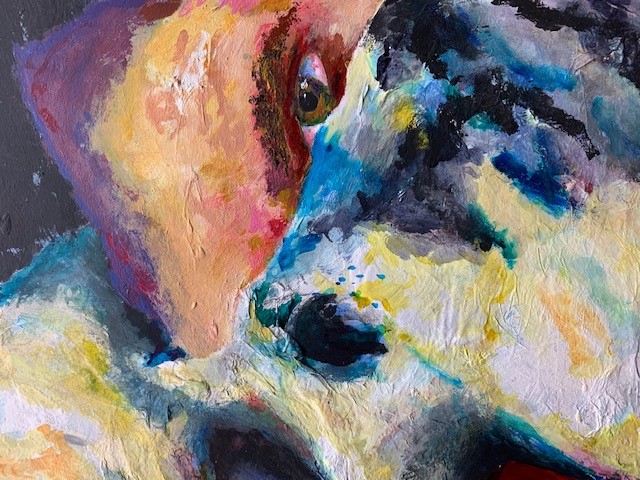 Pictured: "These students are using their art to look deeper at these concepts for personal reasons," Teacher of Art, Rob Allen, said.

“At Hautlieu, we pride ourselves on instilling creative skills in the students as well as drawing and painting skills. The students must always work from primary source which imparts a sense of ownership, originality and independence in their creative process.

“The students also work continuously on their direct observational drawing and painting skills over their time at Hautlieu which gives all the students a solid base to bring visual ideas to fruition.”

Textiles and gardens at the Barracks

A pop-up exhibition with Bianca Padidar and Ariel Luke is being held this weekend at the Greve de Lecq Barracks.

Open Saturday 20 and Sunday 21 March between 10:00 and 17:00, the show will give islanders the opportunity to discover the work of both artists but also to ask them questions about their practices.

Bianca is a teacher of textiles and fashion and an award-winning textile artist. She has been producing creative textiles of different types and styles over the years, specializing in shibori textile art, contemporary textiles and stitch.

Her creations are imitations of nature, featuring complex surfaces created with sustainable and natural materials.

Ariel Luke​, a former student of the Wimbledon School of Art, spent a decade concentrating on screen printing and gallery shows before being commissioned to paint her first house/garden in 1984. Since then, she has completed over 100 pictures of this genre in the United Kingdom, the Channel Islands, France and Italy.

Amongst the better known are paintings of Glydebourne, Garsington, Stowell Park and Bledlow Manor as well as some intricate and charming London gardens.

“Seasons and hours change and so do we”

The pair, who have known each other since the age of two, when they met at Jersey Academy of Dancing, and both found themselves back in the island in March when covid-19 struck, previously worked on Rebecca's first video, ‘Your favourite guy’.

In an Instagram live, the musician said she had written the song last year just before lockdown with one of her closest friends, “the most incredible, guitarist, keys, bass player singer”, Alexander Lanyon.

Rebecca released the song, which is her third single, just before International Women’s Day, saying she felt it was “quite apt to release at this time” as it was about “being suppressed by someone” and “empty promises”.

Knitting for a cause 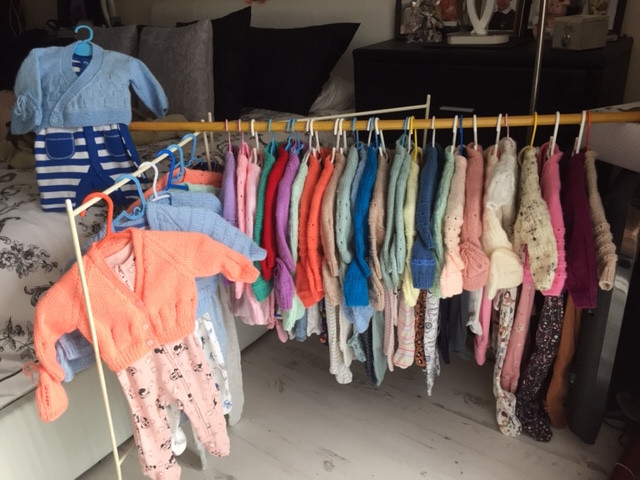 Acorn 'superfan' Garda Knowles has put together another 30 outfits combining baby clothes she has knitted and brand new items from George to be sold in the Acorn Reuse shop.

Finding herself out of work in the pandemic, the taxi driver started knitting for the charity which she has loved for several years.

“I have a got a passion for Acorn ever since the first time I went there to get plants,” Garda told Express last year.

“There was a young lad with Down’s syndrome who asked me, ‘Are you going to buy that?’ and when I said yes, he said he had grown the plant since it was a baby. He had actually planted the seed!

“From that day onwards, I have just loved it. They do such wonderful work with people with special needs.”

Last year, Garda made 75 items which were put in the shop ahead of Christmas. She didn't retire her needles over the festive break and her new creations will be at Acorn from Monday.