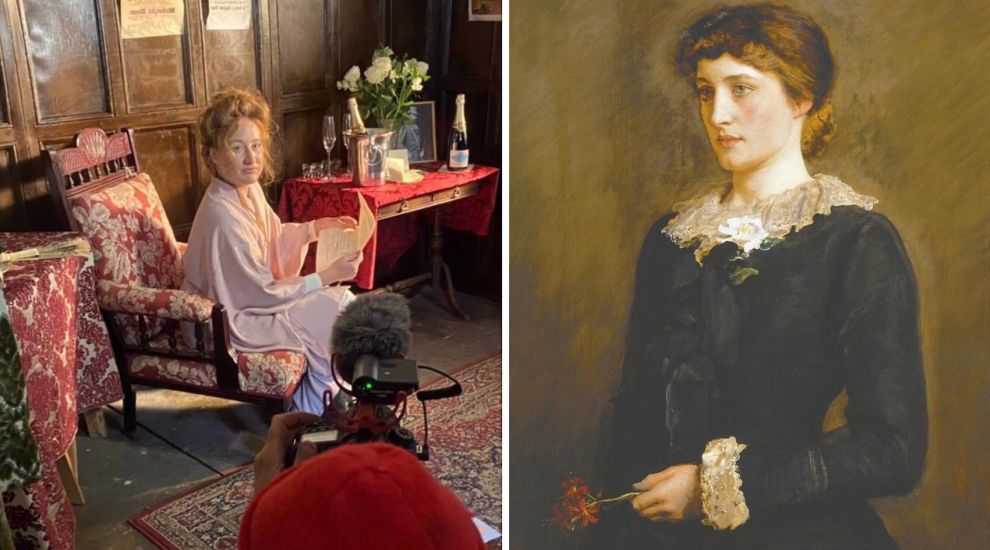 A short film has brought one of Jersey's most iconic actresses to life for schoolchildren. 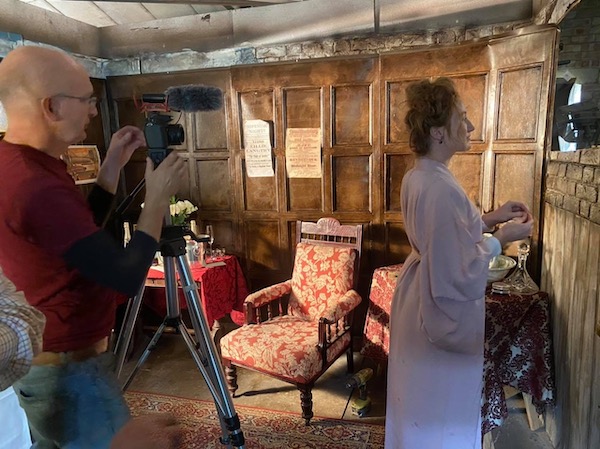 Jersey Heritage is bringing stories from the island’s past to life for local children as part of a series of workshops in primary schools.

‘Storytelling for Schools’ will kick off on Monday and will give KS2 pupils the opportunity to learn more about five historical stories before trying their hand at writing their own tales.

The five stories being told are those of Victorian actress Lillie Langtry; Greffier Josue Nicolle who discusses the cholera outbreaks of 1832 and 1849; Mary Grimshaw, a cleaner to a king, who will count how Charles II sought refuge in Jersey; explore and sailor Philippe D’Auvergne and finally, Knight and Warden of the Channel Islands, Sir Hugh Calveley.

The fortnight has been organised by Helen Otterwell, Jersey Heritage’s Learning and Engagement Manager, who will be running a total of 35 workshops with 13 schools.

“History is all about stories, of triumph, adventure, sadness, happiness, family and friends,” she said.

“Jersey alone has many stories from incredible people who have lived and worked in the Island and the aim of our Storytelling fortnight is to share some of these with schoolchildren and encourage them to write their own.” 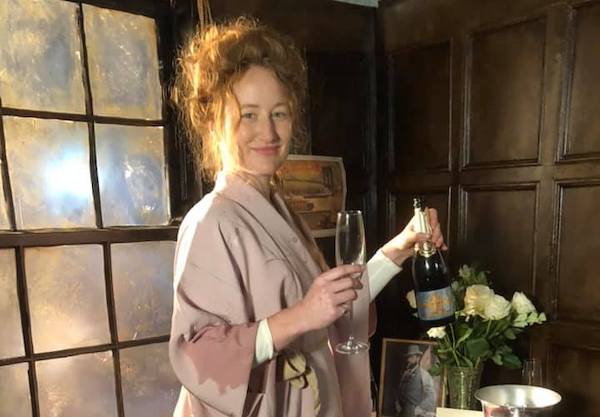 Pictured: Lillie Langtry is one of the five historical characters local pupils will get to learn about.

While it was originally planned professional historical ‘re-enactors’ would tour the schools, the pandemic led to a change in plan. The stories have therefore been captured on film and will be shown in schools.

“The creation of this series of short films to help frame storytelling is a fantastic tool, which makes this programme available to every child at every school,” said Kate Kirk, Director of Marketing at Ogier, who are supporting the workshops.

“Now more than ever before, finding dynamic ways to communicate the island’s heritage to the Island’s schoolchildren and supporting local teachers is vital, and the team at Ogier are delighted to be part of this storytelling project.”

The five Storytelling films and a lesson plan will be available on the Jersey Heritage website after 13 November for any schools that were unable to take part in the workshops.

A journey with the Map of Wonders... 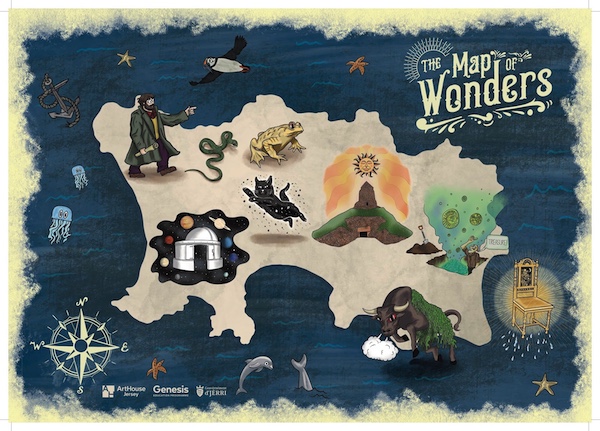 Pictured: 'The Map of Wonders' is a seven-part series of quests.

A ‘Map of Wonders’ has been launched to connect local kids with Jersey folklore.

The project - a partnership between ArtHouse Jersey with Children, Young People, Education and Skills Department - is a seven-part series of quests to be rolled out across primary schools by the end of June 2021.

Supported by seven uniquely produced films featuring 'The Story Beast', aka John Henry Falle, each of the episodes focuses on different aspects of the island's past. 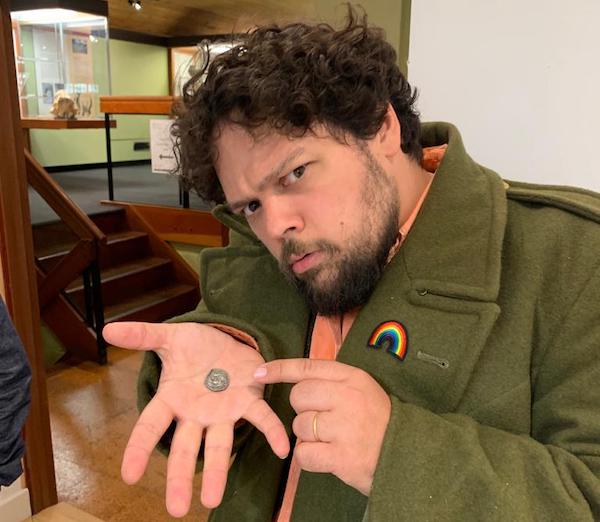 Pictured: Each of the episodes will feature The Story Beast aka John Henry Falle.

​The first Jersey story being explored will be ‘Treasure - the Story of the Câtillon Hoard’.

The project forms part of the Education Department’s ‘Recovery Curriculum’,​ a learning structure that aims to support children’s wellbeing in light of the ongoing pandemic.

“This is a wonderful programme which will help Jersey children to find out more about the place they call home,” the Education Minister, Senator Tracey Vallois, said.

“The arts are something that we should encourage our children to take part in and this project is a great opportunity for our young people to get creative.”

Stamping out maritime myths and legends 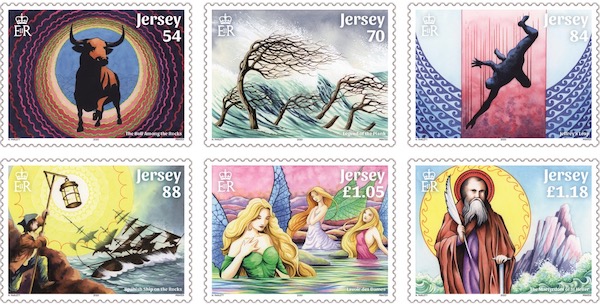 On the topic of folklore... Six sea-themed myths and legends feature on a new set of stamps to be issued by Jersey Post next Tuesday.

Part of Jersey Post’s Myths and Legends series, the stamps have once again been illustrated by local painter and illustrator, Nick Parlett and depict the Bull Among the Rocks, Legend of the Plank, Jeffrey’s Leap, Spanish Ship on the Rocks, Lavoir des Dames and The Martyrdom of St. Helier.

“Jersey has a rich and fascinating history of folklore and superstition and, and as an Island, its culture, identity and history have all been shaped by the sea,” James Dann, Jersey Post’s Philatelic Brand Manager, said.

“It is no surprise, therefore, that many of the Jersey’s myths and legends take place on the Island’s coastline.” 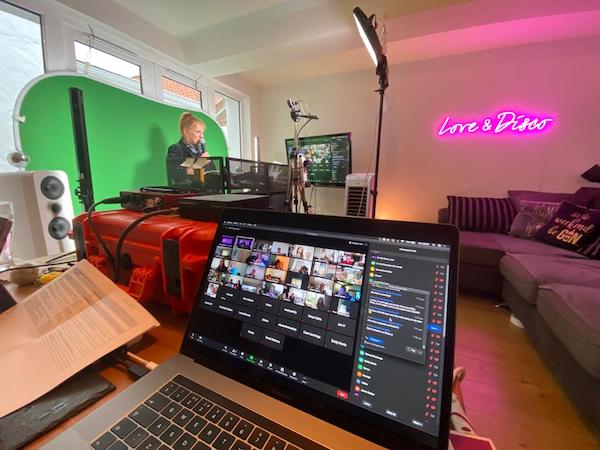 With Halloween celebrations set to look different due to current public health measures, local disc jokey DJ Mel has come up with a way of safely entertaining young people from their homes.

After organising a weekly virtual Children’s Disco to islanders throughout lockdown, DJ Mel will be behind the decks on Saturday at 15:30 for a Halloween Spooky Disco.

She will be going live on her website and is encouraging youngsters to dress up and send in their pictures as the best dressed will receive a goody bag full of sweet treats that DJ Mel will personally deliver to the winner’s doorstep after the show.

“This year I was supposed to be fully booked with events and parties but covid has put a stop to that. It has been very hard on us, but I want to use the free time I never expected to have to give something back to the community,” DJ Mel said.

“The youngsters have been amazing throughout the pandemic and have had to stop a lot of their normal activities and with Halloween approaching it was the perfect time to revive the success of the DJ Mel virtual discos and encourage them to still celebrate Halloween safely."

Posted by Jasper Klidenengro on Oct 30th, 2020
Should we really be encouraging our young children to learn about the life of a courtesan? No matter how polite the word may appear to be it still refers to the same wretched business.
To place a comment please login Login »