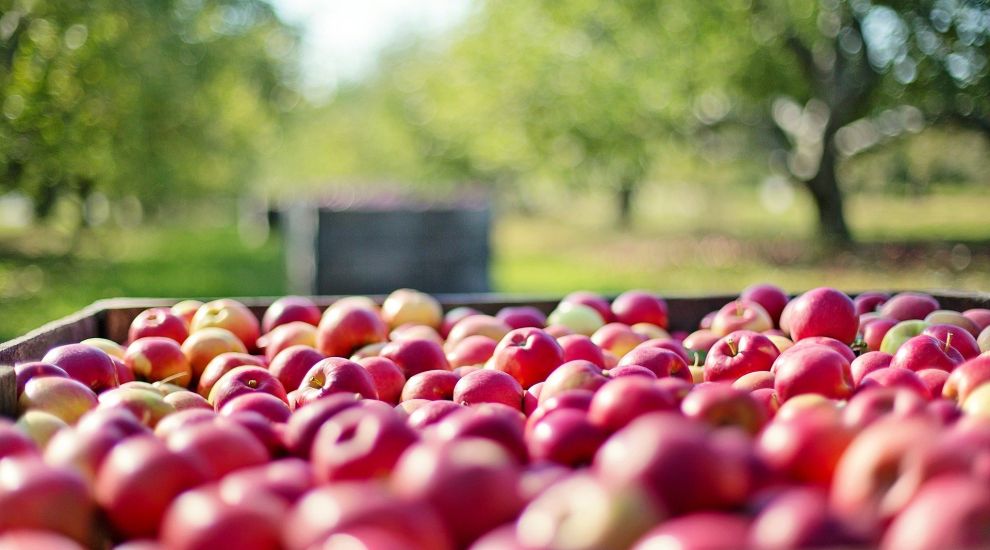 If you want the in-cider scoop on how one of Jersey’s oldest traditions, look no further.

While this year’s La Faîs'sie d’Cidre can’t go ahead in its usual format next month, Jersey Heritage has been looking on the bright cider life and finding ways to ensure islanders can still enjoy one of the island’s oldest traditions. 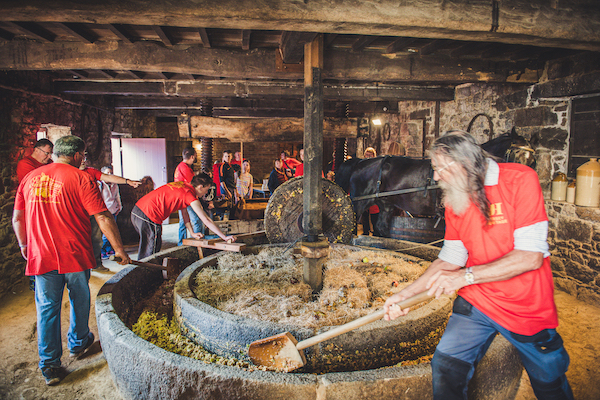 To get everyone in the mood, an online ‘Apple Apprentice’ scheme is launching on the Heritage at Home Hub this weekend.

It will include apple facts, things to make and do and some history about cider making.

Its launch comes ahead of more than 100 islanders taking to Hamptonne Orchard over the following two weekends to pick apples - in total, they’ll need to collect around 160 25g sacks of apples to be able to make the cider. 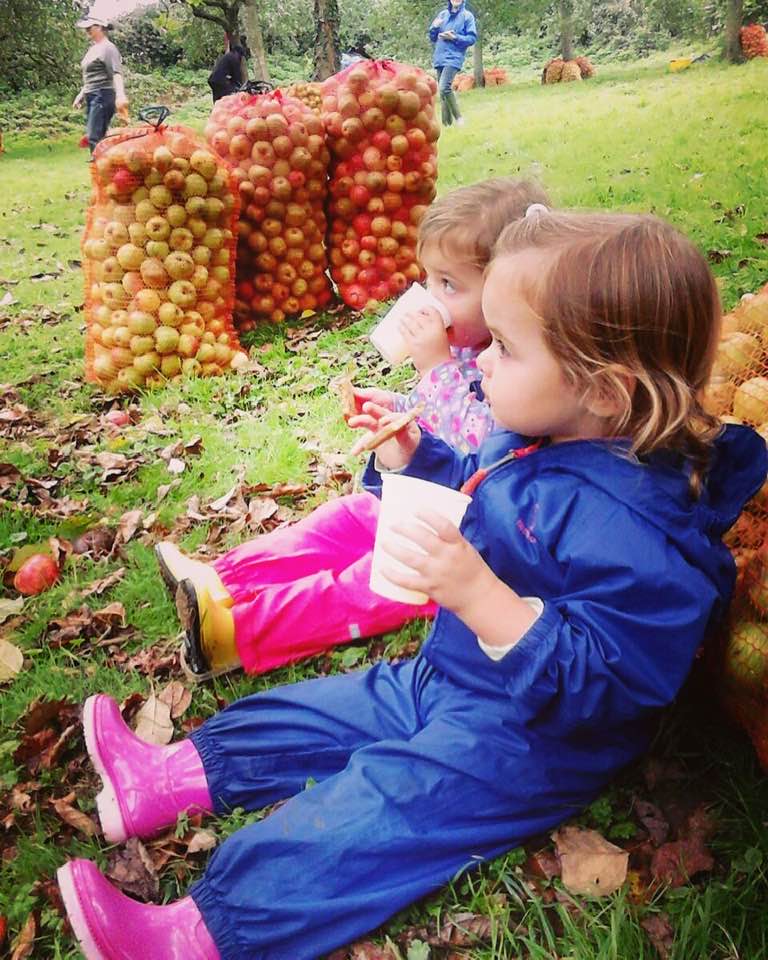 While apple-picking is fully booked, islanders are being invited to reserve a slot to watch the cider-making go ahead on the weekend of 17-18 October.

Local artist Vic Perron is exhibiting a series of his preferred harbours and boats from angles that are unfamiliar. 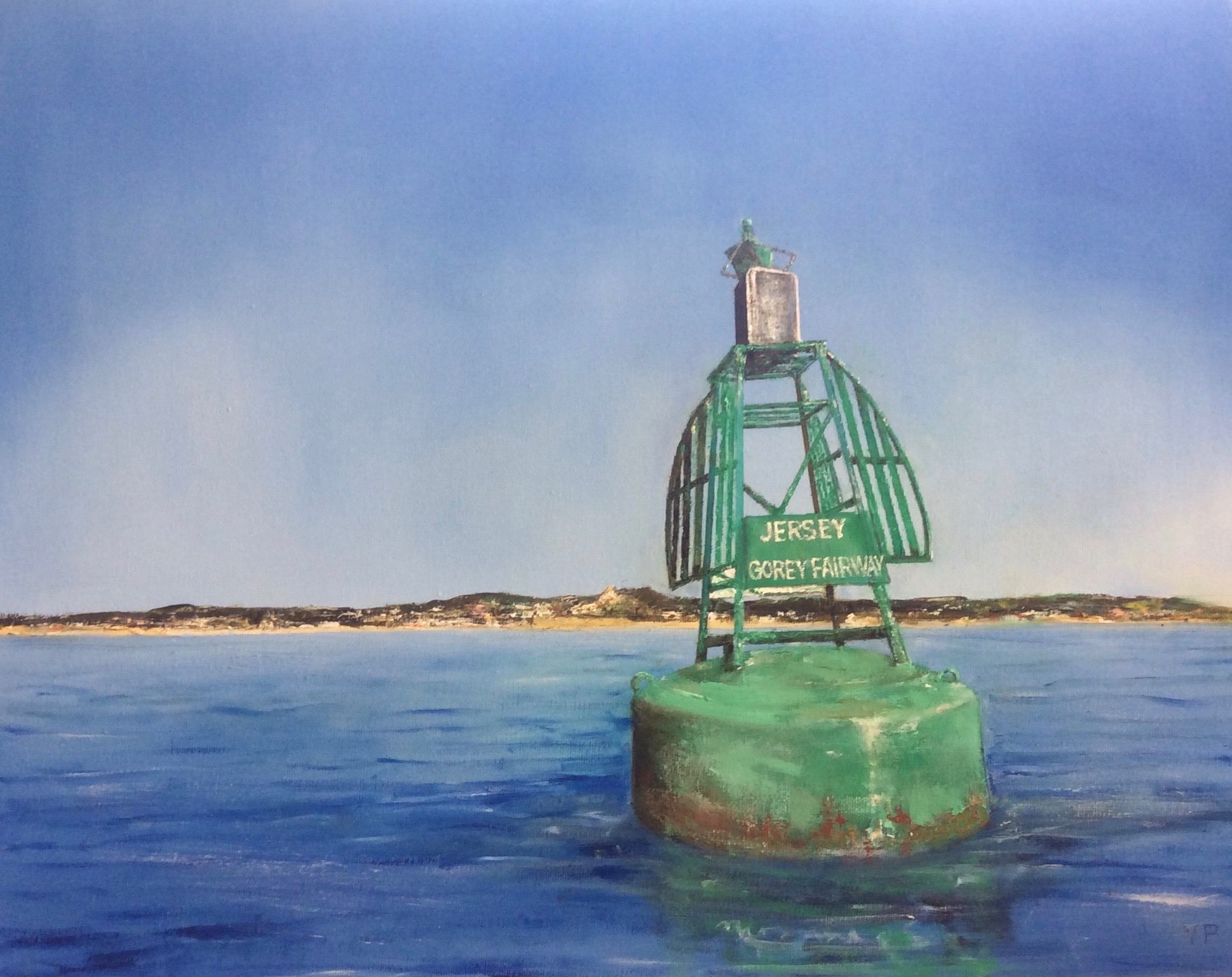 A former student of De La Salle, Vic says he was “fortunate” to have Royal Institute member Fred Sands as his master - someone that left a “lasting impression.”

From there, he attended Liverpool Art College and then Leicester Art College on a shoe design course, returning to the island in the 70s. From the 80s onwards, he went into kitchen design, with painting taking a “back seat”.

But Vic says that situation has now changed, and much more of his time is now spent in his home studio tackling various subjects in oils. 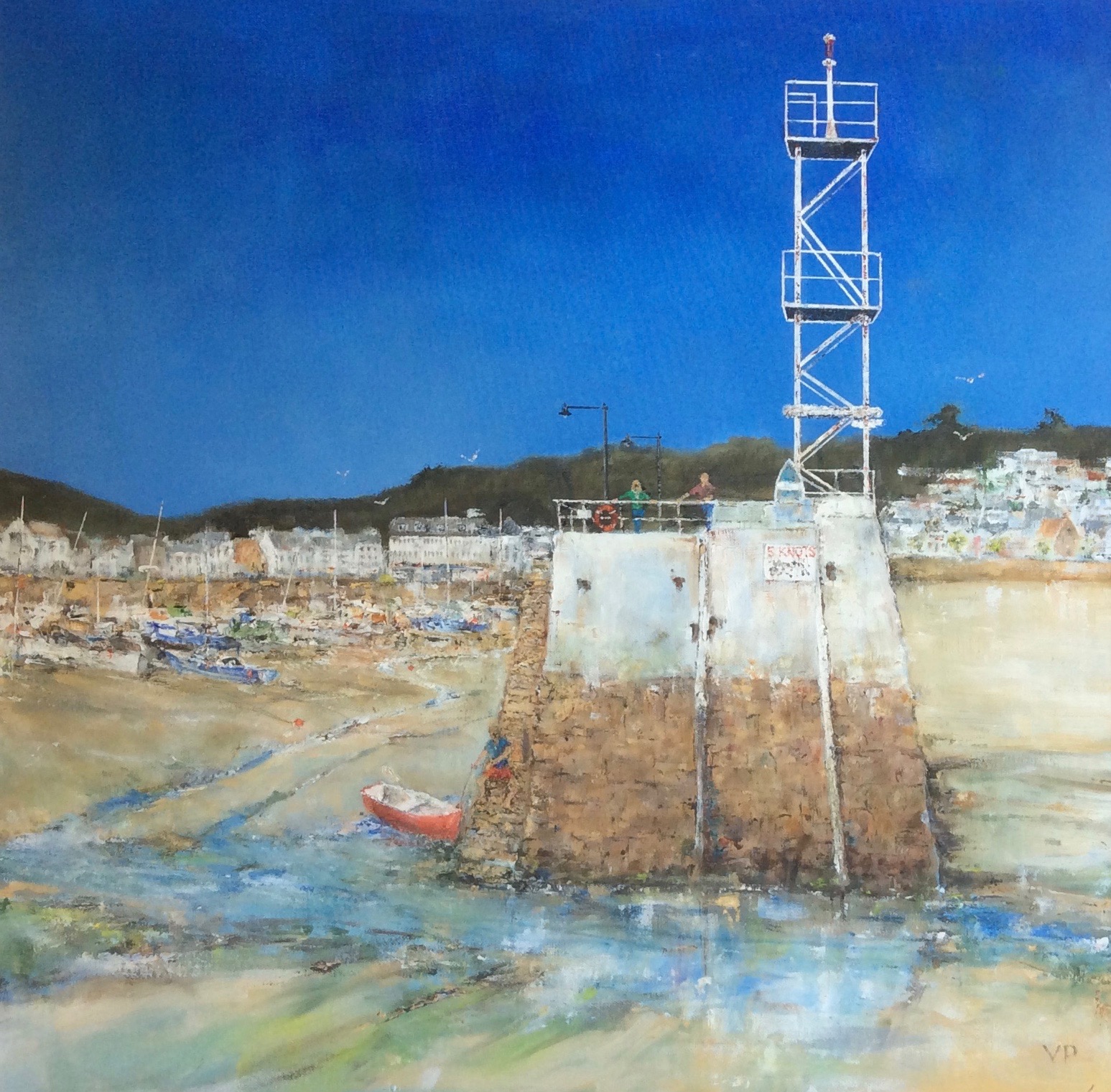 Speaking of his work, Vic says: “When exhibiting work of my own choice I paint harbour scenes with the tide out and not necessarily with brilliant blue skies, this is what catches my eye. I enjoy the area around La Collette and have painted the area around the Old English Harbour and La Folie Inn several times. My commissioned work includes more typical scenes and locations.

“My paintings usually begin from photographs, sometimes sketches, and I encourage the viewer to create a personal storyline from their own interpretation of my work. I like to introduce other details, often figures and boats, to provide a more satisfactory and complete composition. If the result is seen differently to my own original intention, that’s OK and I will regard the work as successful.” 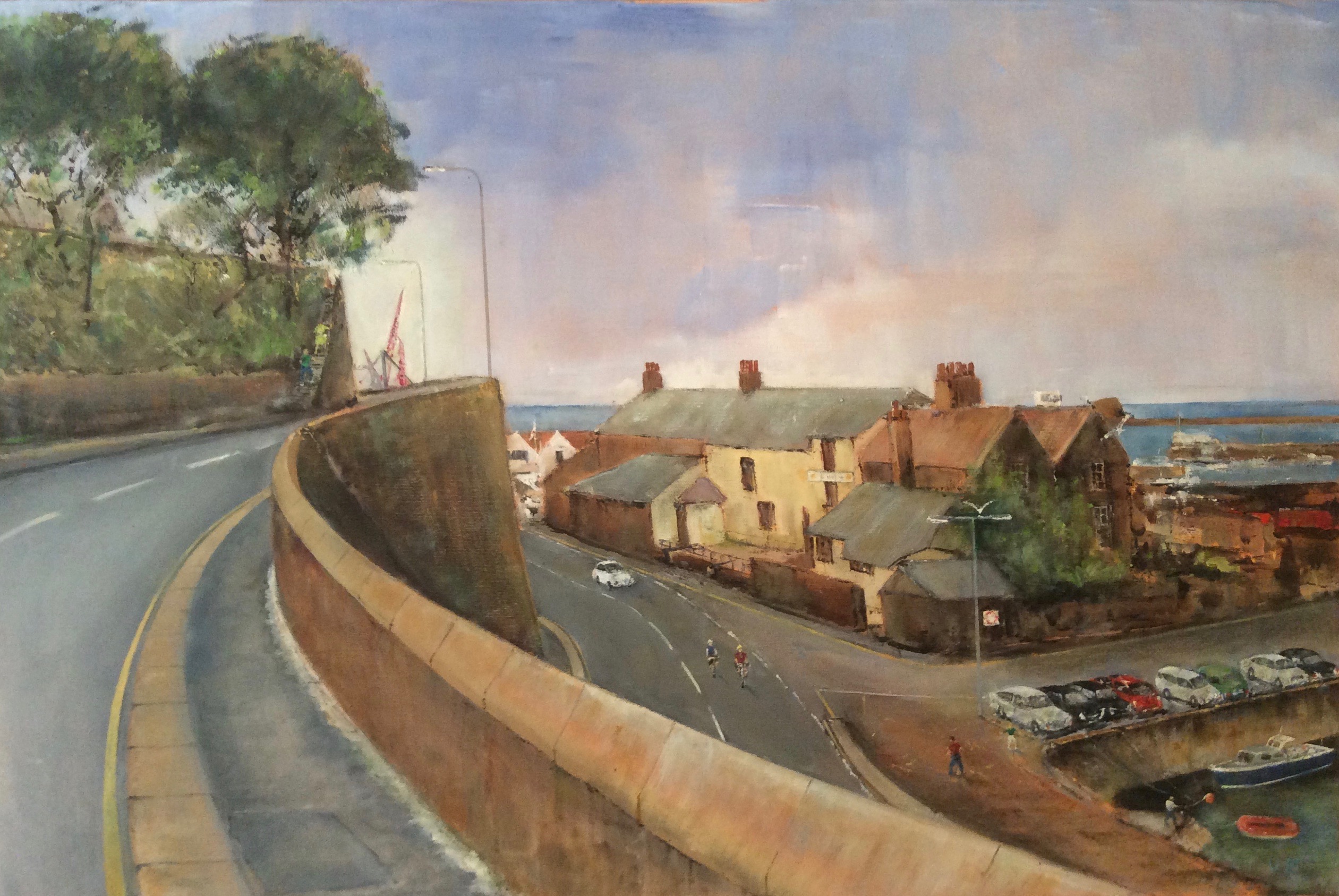 ‘Around the Edge’ is open at the Harbour Gallery until 11 October.

Marigold Dark is an alcoholic detective attempting to piece together the the details of a case involving a blackmailed politician, corrupt law officials and a murderous property developer in Jersey.

His story is the imagining of author Paul Bisson (pictured below, right), whose work has now been transformed into a four-part audio play by local writer Simon Macdonald (below, left). 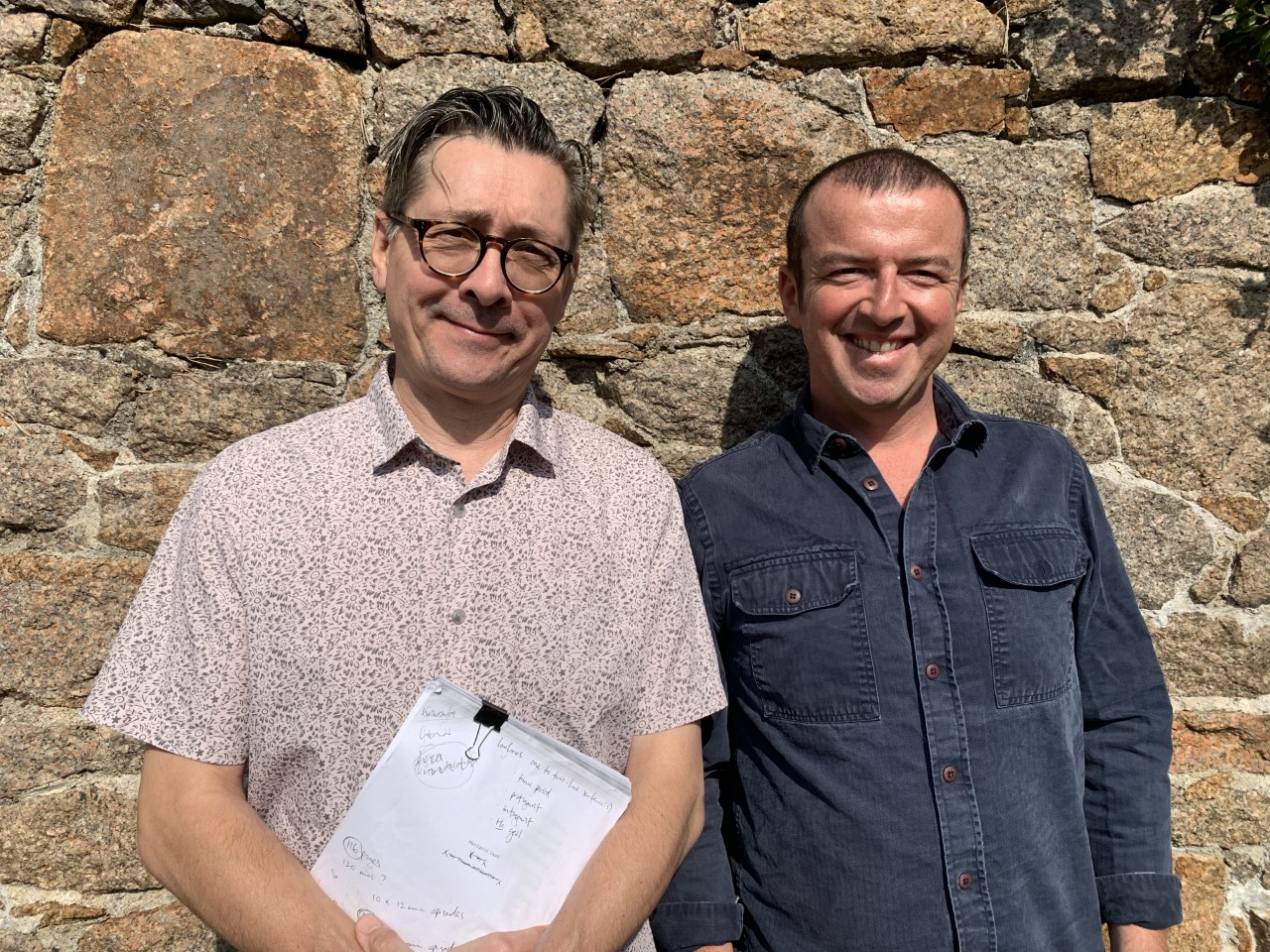 “It's been a lot of fun to record”, said Paul. “Simon's done a brilliant job of transforming the novel for radio, and we hope listeners local and beyond will enjoy this dark, comic crime tale set in the underbelly of an island that’s not all that dissimilar to our own.”

Enjoy part one below…

Making the Face of Liberation...

Since its unveiling last week, many islanders have been mesmerised by the Face of Liberation at Liberation Station.

ArtHouse Jersey has since released a timelapse video sharing how the very special mural came to be...

A pub crawl with a historic twist