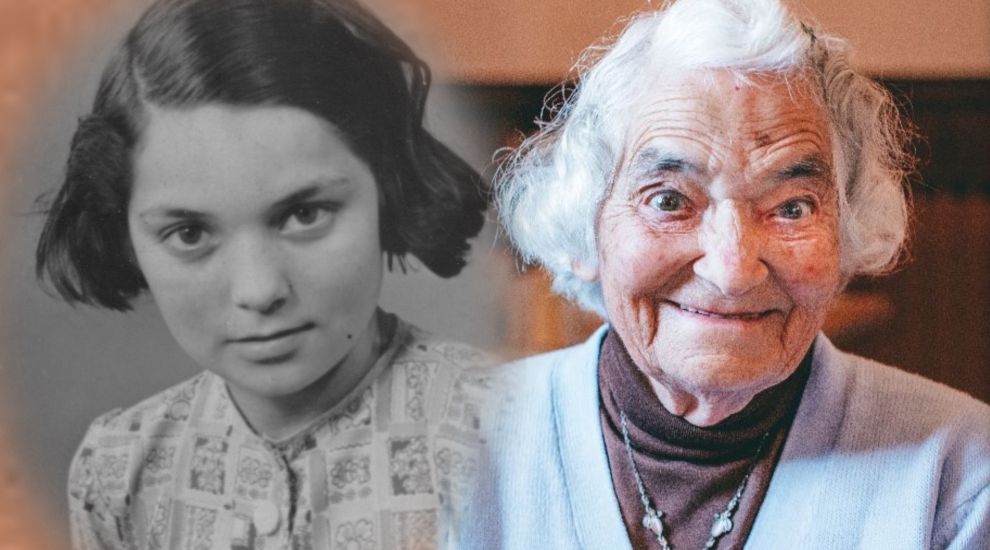 A Jersey woman who was just 11 when the Occupation started has been chosen as the face of the largest piece of community artwork ever created due to be unveiled today. Find out her story...

The 'Face of Liberation' photo mosaic covers over 1,000 square feet of wall space outside Liberation Bus Station and features 6,070 faces of Jersey residents from the past and present.

Seen together, the individual faces form an image of Barbara Joan Jouanny (née L'Amy), who was 11 at the time of The Occupation and 17 on Liberation Day. The 92-year-old's image was chosen from a number of public submissions. 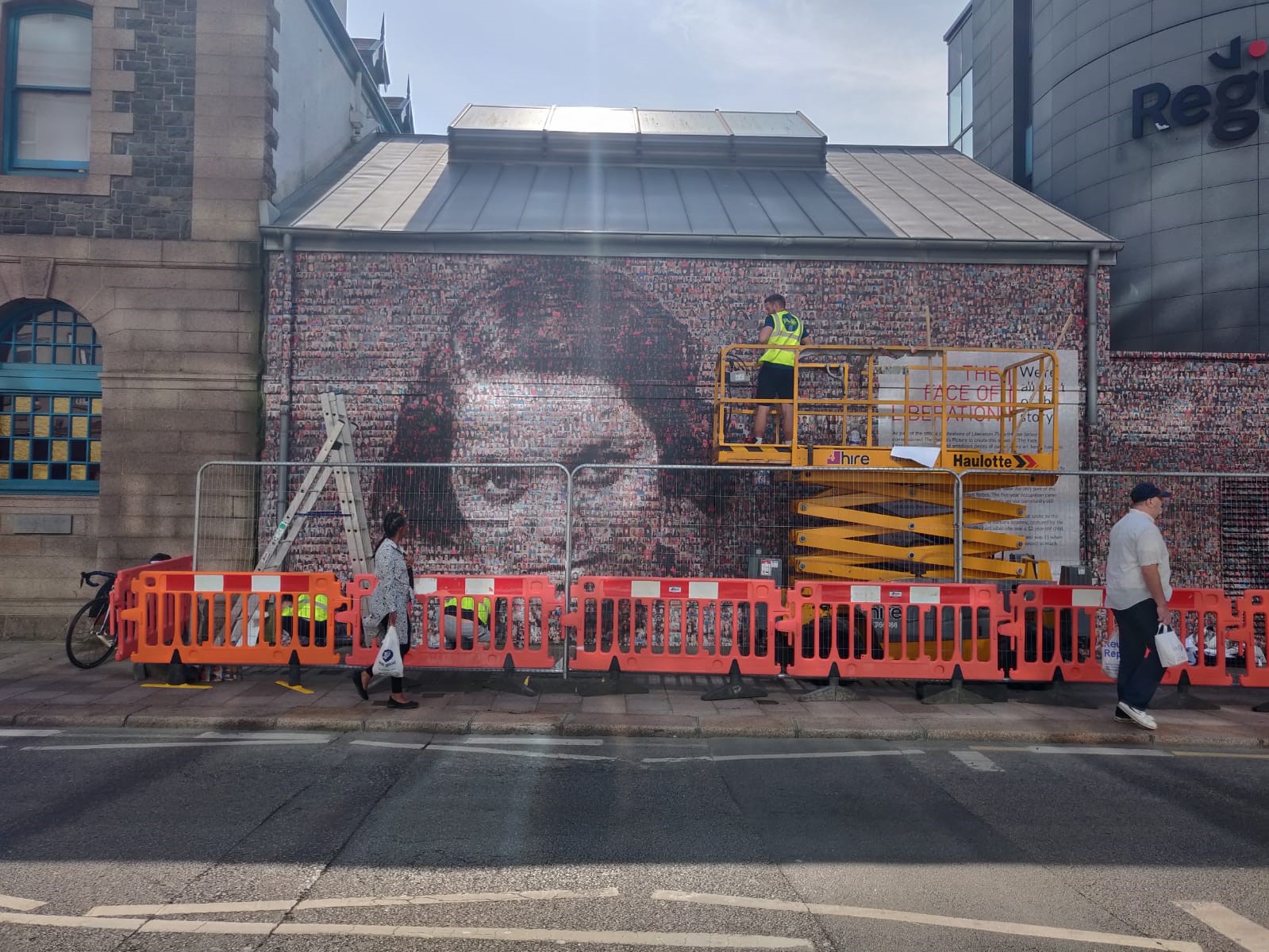 Pictured: The portrait will be unveiled today.

Due to be revealed in April, the project was delayed because of the lockdown.

Over a period of months, ArtHouse Jersey asked Islanders to send selfies, or pictures of their friends, family and ancestors to form the mosaic. As well as inviting people to send their photos, they also went out to events in the community to meet people and take their photographs.

In addition to appealing to the public for photographs, the charity invited people to reflect and share their own thoughts and stories about freedom by posing the question, ‘What does freedom mean to you?' 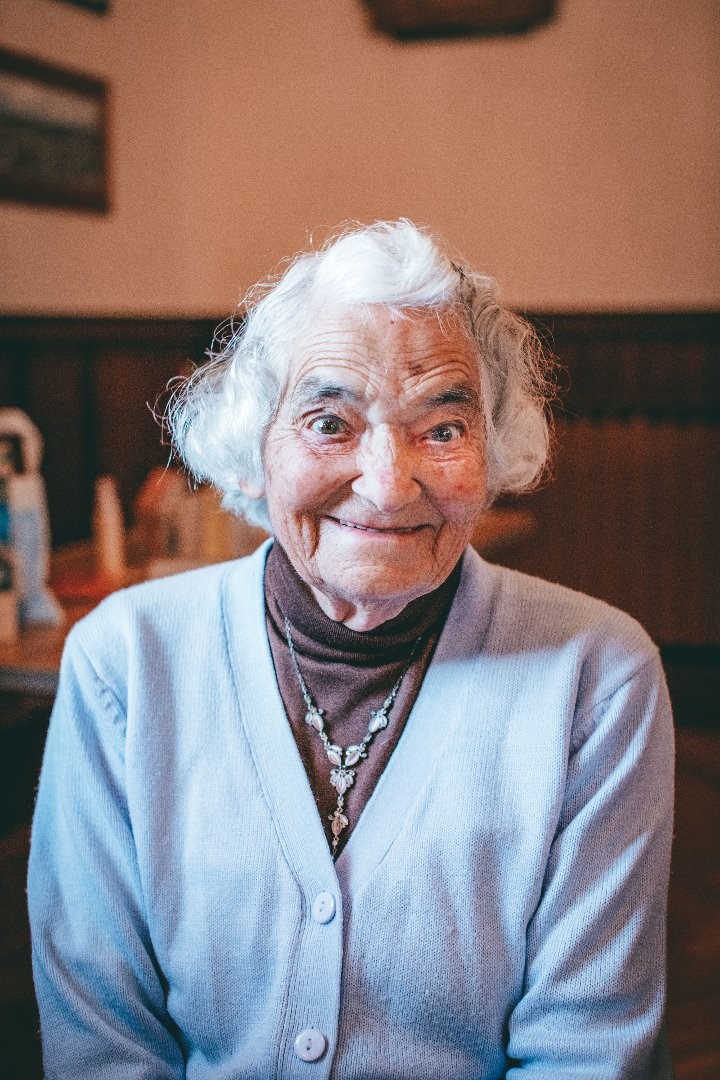 Pictured: 92-year-old Barbara Jouanny is the Face of Liberation.

Mrs Jouanny was chosen not just because of her image but also her stories of the Occupation, which include queuing at the Harbour but failing to be evacuated in June 1940, then experiencing the bombing of St Helier and having to hide in her home while machine guns fired close by.

She also remembers the kindness of one elderly German officer who lived opposite her family home in First Tower. When he had to return to Germany, he left her a book, 'Kidnapped' by Robert Louis Stephenson, although she has never been quite able to read it.

The unveiling will be attended by the Lieutenant-Governor, Air Chief Marshal Sir Stephen Dalton, and the Bailiff, Tim Le Cocq, as well as Mrs Jouanny. 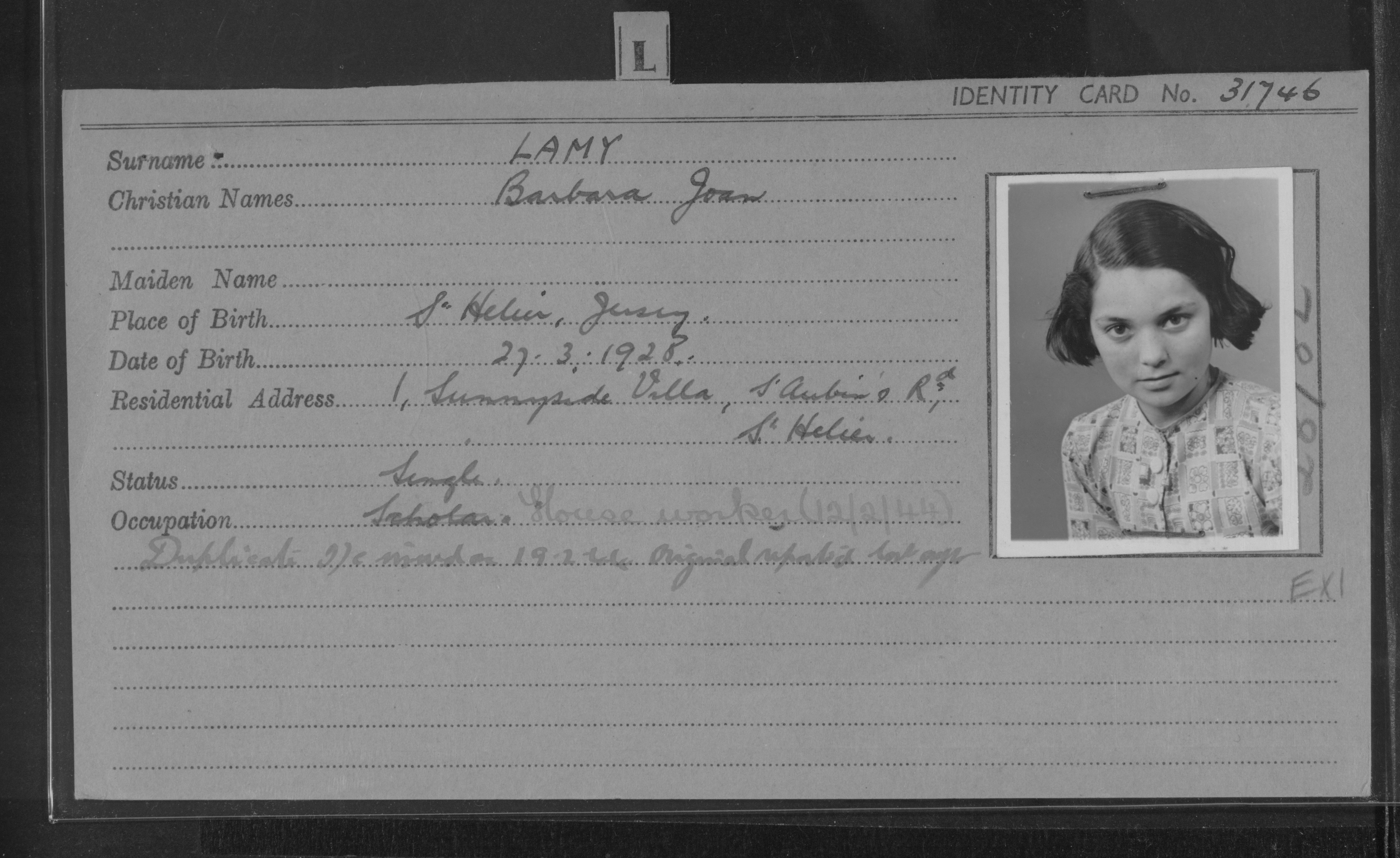 Mr Le Cocq said: “In seeking thousands of faces, past and present, of Jersey’s residents, as well as asking Islanders what freedom means to them, the Face of Liberation was always going to be a particularly poignant piece of community artwork to mark this year’s milestone anniversary of Jersey’s liberation.

“However, it became all-the-more significant when Islanders’ freedom was curtailed once covid-19 arrived on our island.

“I would like to take this opportunity to thank each and every Islander who contributed to this meaningful and magnificent piece of art in one way or another. I am proud to have the opportunity to unveil this historic piece of artwork, which I hope will be looked upon with interest and wonder in another 75 years from now.”

Every photo submitted to the Face of Liberation will be preserved by Jersey Heritage. For Islanders wishing to find their own submissions in the giant artwork, they can either scan the installation itself, or zoom in on the image on the ArtHouse website. The artwork will be in place until September 2021.

The Face of Liberation is 92-year-old Barbara Joan Jouanny (Barbara L'Amy at the time the photo was taken). Barbara was 11 at the time of The Occupation and 17 by the time Jersey was freed. She lived with her nine siblings (who have all sadly passed away) at First Tower, opposite the Bay View Hotel which was where many of the much older German soldiers were stationed.

The fourth eldest child, Barbara went with her nine siblings and mother to the harbour to begin their evacuation journey to England early in The Occupation. They had waited for hours and hours to board the boat, but when it finally arrived, it moored on the other side of the Harbour. Utterly exhausted, Barbara’s mother decided she could not face the journey, and that she and her children had no choice but to face whatever lay ahead of them in Jersey. They turned around and walked back home to First Tower.

Thinking back to the most frightening time of The Occupation, Barbara says: “The standout moment of fright for me during that time was very early on. On the day the Germans bombed St Helier there was also a series of machine gun fire that came from the waterfront behind our family home.

"I remember my father running into the garden and dragging all the children inside. It was horrible. When they re-emerged they saw bullet holes in the basket weaving workshop in front of our house. It had been a close shave.”

Barbara’s father was a member of the Jersey Militia, based at Fort Regent. She speaks of how he spent The Occupation “furiously attending to his allotments and helping other farmers around the Island” to ensure he had enough food to feed all 12 members of his family.

When there was not enough food for the family, Barbara and one of her brothers would go to the Evening Post offices to collect vouchers for any leftover food, which was usually potatoes.

Highlighting happier memories from The Occupation years, Barbara says: “I remember one day a gentleman who worked for the States, Mr Le Quesne, offering [us] a lift in his car. Before taking them to the Evening Post [for food vouchers], he took us to the toy shop in de Gruchy's arcade and asked us what we'd like.

He told us 'Father Christmas will bring you them'. Later he went back and bought those toys and passed them to my mother for Christmas morning.”

Perhaps the most moving of Barbara’s memories lies in her family’s relationship with Karl – an elderly German officer who lived across the road in First Tower. One Christmas Eve, he had entered the family home and left ten gifts for each of the children on the dining room table. He had taken a shine to Barbara as she reminded him of his granddaughter. Sadly, he fell ill and was sent home to Germany.

Before he left, he asked Barbara’s mother when Barbara’s birthday was and left a book to be given to Barbara on her birthday, as he knew he would have left the Island long before then. Barbara says: “The book was 'Kidnapped' by Robert Louis Stephenson. I haven’t read the book. Something seems to have held me back from opening to that first page.”

By the time Jersey was freed, Barbara was courting. She headed to the Harbour with thousands of others to soak up, what she describes as “the carnival-like atmosphere”. She says: “Me and my boyfriend stayed out until past midnight. I remember it was a beautiful balmy night. That boyfriend went on to become my husband of 65 years. We were married in 1949. He passed away five years ago. When you see things, it brings back into your mind.”

Poignantly, Barbara finishes by speaking of the Germans, saying: “They were only people who didn’t want to be in war. I never came across any bad ones.”