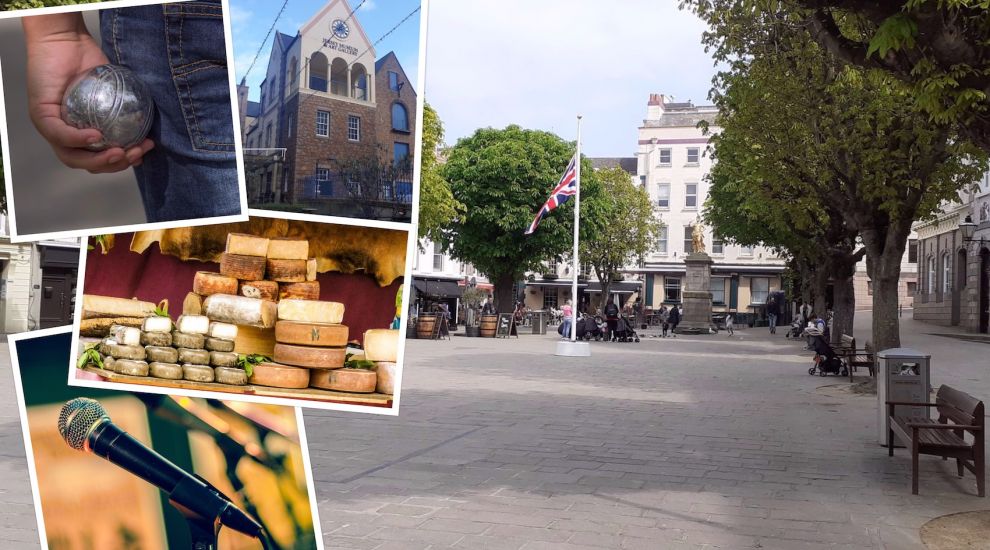 From escape rooms to film screenings, free museum entry, music, opera, theatre and talks, islanders can take their pick to celebrate the Corn Riots as they wish this bank holiday weekend.

Starting today and lasting until Monday is the ‘La Folle d’Avoût’, which will combine events from the French Festival and la Fête du Jèrriais.

The reason behind the festival and bank holiday weekend is that 250 years have passed since a series of reforms sparked by hundreds of islanders storming the Royal Court in a protest against power - an uprising that later became known as the Corn Riots.

To help you decide how to mark the momentous weekend, this week’s Art Fix offering is especially 'corny'...

Firstly... What are the Corn Riots? 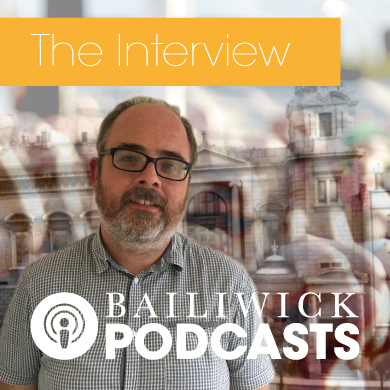 Although an important date in the island's history, the Corn Riots have never been marked before, so many islanders might not know about them.

The protest, that became known as the Corn Riots, led to the introduction two years later of the Code of 1771, establishing controls on the authority of the Royal Court and States Assembly.

To find out more about the riotous protest, and how the events led to the Code of 1771, which shaped democracy in Jersey as islanders know it today, Express spoke to Senior Archivist Stuart Nicolle for this week's Bailiwick Podcast. You can listen to this podcast on Spotify, Apple Podcasts, Deezer or Whooshkaa.

For those who want to see the action as it unfolded, the States Greffe also has an informative video...

Protest in the modern day 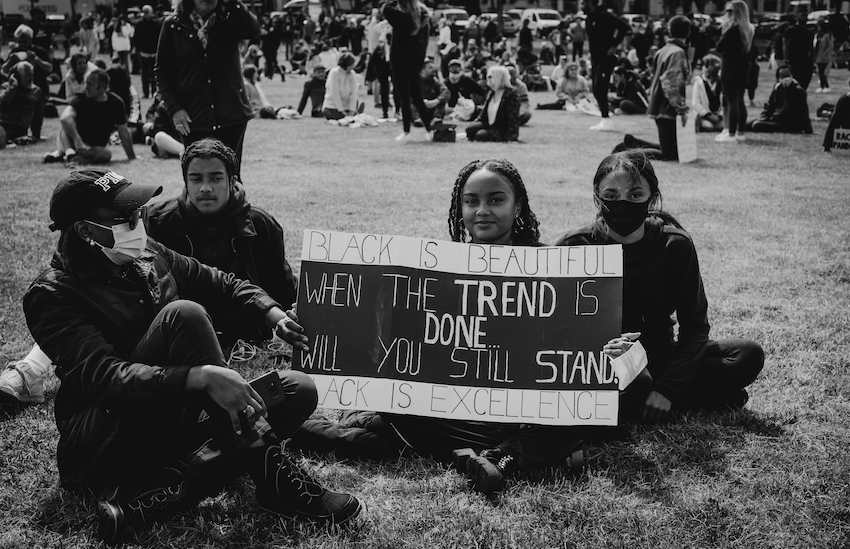 Jersey Museum’s latest exhibition, ‘People! Power! Protest!' explores the story of protest in the island from the Corn Riots of 1769 to the Black Lives Matter movement of 2020.

In addition to the exhibition, the museum will be hosting workshops on Saturday (25 September) at 10:30, 13:00 and 15:00, for anyone wishing to create a banner to use during Sunday's (26 September) parade.

Taking place between 16:00 and 18:00, the walk will follow the historical route the Corn Rioters took 252 years ago from Trinity Church to the Royal Square.

On Sunday, Jérriais films will be shown at the museum audio-visual theatre between 10:00 and 14:00.

After several months away, the Norman market arrived yesterday and will be here until Monday with stalls selling Normandy cheese, cider, saucisson, fruits and vegetables.

The French producers will be at the Weighbridge today and tomorrow but will then move to Beresford Street and Halkett Place, which will be both closed to traffic, where they will be joined by Genuine Jersey producers and street entertainers.

Getting rowdy at the pub

The Alliance Française will be hosting an ‘édition spéciale’ of ​its ‘Conversation au Pub’ at the Blue Note Bar today from 17:30.

Free for anyone over the age of 18, the event will be the opportunity to practice your French and meet fellow francophones whilst discussing the strikes and riots which have left a mark in French history.

Meanwhile, on Saturday between 19:00 and 21:00, the Société Jersiaise will be hosting a cider tasting with a Jèrriais touch, with the Maison de la Normandie et de la Manche.

The evening will also include a virtual talk by Professor Mari Jones on the importance of studying endangered languages and her current research project on the Collas Glossary of the Norman Languages in the Channel Islands.

Plays, opera, film and music will all be on offer over this riotous weekend.

Today at 19:00, the Town Hall will be hosting a one-man play in French about a Norman aristocrat's life in the 16th century.

Marking the 500th anniversary of the birth of French diarist Gilles de Gouberville's birth, the original son et lumière play will be presented by the 'Théàtre en partance', a Normandy-based company.

At 21:00, a recording of the Opera de Rennes’ performance of Joann Strauss’ masterpiece, ‘Die Fledermaus’ (The Bat) will be screened on Cinestef’s ‘Ze Big Screen’ at ‘the Royal Square in German with French subtitles.

If the weather is poor, the screening will be moved to the Town Hall.

On Sunday at 19:30, ‘Ze Big Screen’ will be showing of Tom Hooper’s 2012 film ‘Les Miserables’. 70 seats will be available on a first-come first-served basis but islanders can also bring their own chairs.

On Saturday, Sunday and Monday from 11:00 until 20:00, there will be live music, arts and theatre on stage at the Royal Square. Details of the artists involved will be shared on social media with the hashtag #CornRiotsJSY.

A secret gig will also be taking place on Saturday at 17:00 at a venue yet to be announced.

As part of Le French Festival, the 12 parishes' twinning committees will be showing their pétanque skills off to anyone ready to cheer on them. They will be facing each other in a tournament on Saturday from 09:00 to 14:00 at the Weighbridge.

A separate pitch will be open to everyone, from beginners to experienced players. Bring your own set of boules!

The Alliance Française Jersey and Jersey Library will be offering their visitors an Escape Game, bringing together different cultures and foreign languages.

Participants will have an hour to solve a series of puzzles as a team, in order to be the first to find the prize.  Created for the libraries by the network of Alliances françaises and the Institut Français around the world, this cooperative puzzle game is an unusual and entertaining way to promote linguistic and cultural diversity.

There will be four sessions in total in two different rooms at the Jersey Library, tomorrow.

There will be a number of opportunities to learn more about history and culture on Sunday.

At 10:30, 'The Legend of La Hougue Bie', a film in Jèrriais with English subtitles will be shown at the heritage site.

At 10:45, the Alliance Française will be giving a tour of the site discussing the life of Neolithic people in French.

At 14:00, local Jèrriais expert Geraint Jennings will be taking islanders on a cultural walk around town, inviting them to dip their toes into the watery history of St. Helier. The cultural walk will leave from the Crapaud at Charing Cross.

Video: An explanation of bachîn ringing.

At 15:00, there will be a demonstration of bachîn ringing in the Royal Square followed by Norman games.

Between 16:00 and 18:00, those who wish to will be able to follow the route the Corn Rioters took from Trinity Church to the Royal Square where Les Chaboleurs (The Shufflers) will be demonstrating some Jérriais dancing and encouraging the audience to join in.

On Monday, the National Trust Jersey will be opening the doors of the island's only remaining working watermill to commemorate and celebrate the Corn Riots from 10:00 to 16:00.

Inside the historic kitchen, the Miller's Wife will be giving first-hand accounts of how Jersey's women folk fought for their lives to stave off starvation, whilst upstairs the Miller will be demonstrating how the mill's mechanism works to grind wheat into flour.

In addition to the activities inside the mill, the Trust is also running a guided walk 'Revolution and Rebellion' starting at La Hague Manor and finishing at the mill.