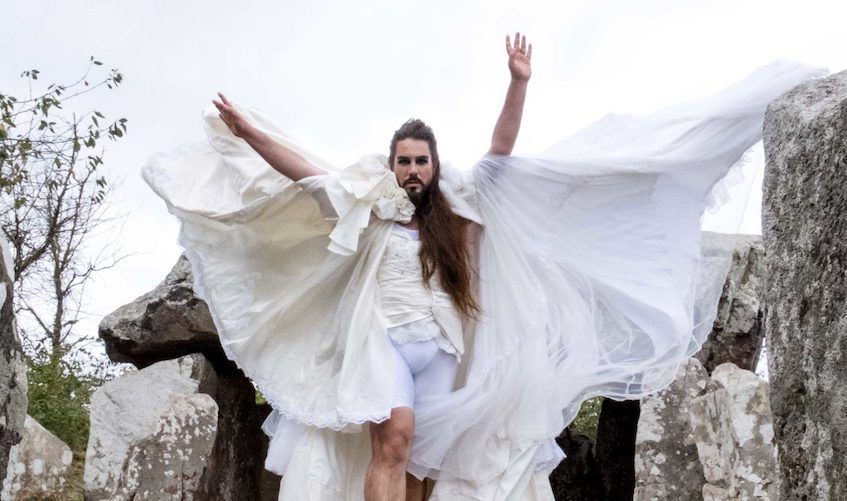 A local writer and performer is returning for an hour of theatrical ritual, magic and song this month at an unlikely venue...

History and folklore fusion at the dolmen 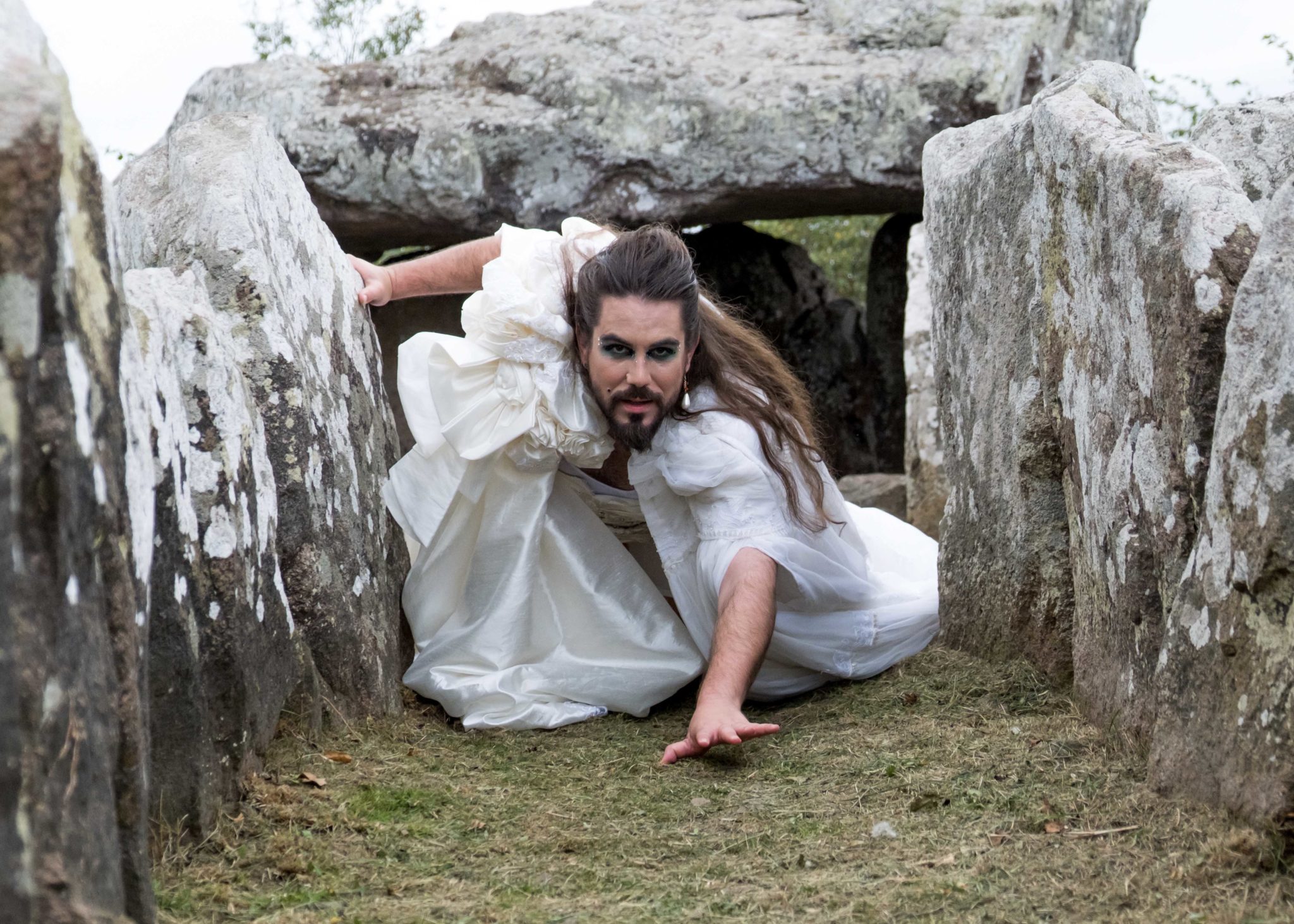 After a series of popular performances in 2021, Dr Adam Perchard returns for an hour of theatrical ritual, magic and song this weekend at Faldouet Dolmen, after the event was rescheduled from earlier last month.

The multidisciplinary writer, performer, scholar and ‘local fairy’ will bring Jersey’s Neolithic past to life in his performance 'The Thirteenth Fish'.

Flitting between the worlds of opera, comedy, drama and academia, your ‘Puckish guide’ will lead you on an interactive journey through history and folklore to ask new questions about Jersey’s identity.

Produced by Jersey Arts Centre in association with the Société Jersiaise, the show returns to Faldouet Dolmen in St Martin on Saturday 9 and Sunday 10 April.

Adam says he “can’t wait” to bring the performance back this spring, and described how making the show was a “real watershed moment”.

"Parts of my life that had felt separate suddenly exploded together into this gorgeous fusion of comedy, academia, opera, magic, queerness, and folklore,” he said.

"It was an emotional and ultimately quite redemptive process for me: in asking questions about Jersey’s identity through history, I was able to grapple with my own identity as a queer Jersey person, and think about how I fit in here.

"It also catapulted me into all sorts of new challenges: archaeological sleuth, moi? A show with no mics, no backing tracks, no lighting? Where was my dressing room? Where was my basket of Labrador puppies and my decanter of lilac M&Ms? How do you flit around a 6,000-year-old passage grave in an outfit made of seven wedding dresses?”

There is a maximum capacity of 30 audience members per performance, so islanders are being encouraged to book quickly to avoid disappointment.

Immerse yourself in art… 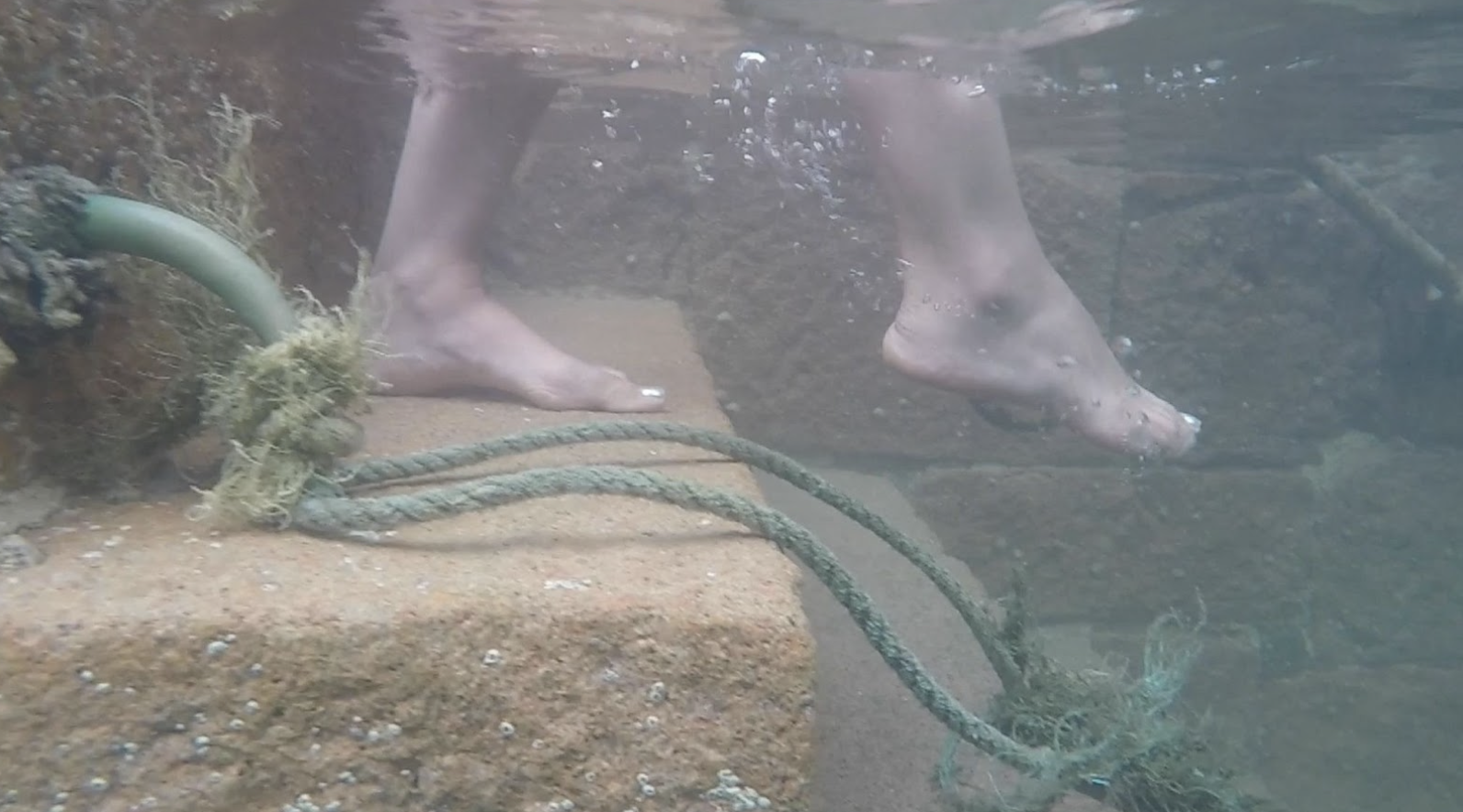 A new ‘immersive’ exhibition at Le Moulin de Quétivel is bringing together local and London-based artists to explore how water connects us to each other and our environments.

Titled ‘Until You Became Me’, the exhibition is a collaboration between local artist Karen Le Roy Harris, London-based artist Miriam Sedacca and London-based musician Heather Ryall.

After touring water and tidal mills in Stroud and London, the exhibition will arrive at Le Moulin de Quétivel, the only working historical water mill in the island.

The artworks will include sculpture, installation, performance, sound and film and will see the artists create an immersive space which invites visitors to consider themselves as bodies of water, constantly in flux and intimately connected with others and with their surroundings.

Speaking about the exhibition’s theme, artist Miriam Sedacca said: “Human bodies comprise around two-thirds water; as such we have an inseparable and co-substantive relationship with all other bodies of water, whether they be oceans, reservoirs, or any of the millions of species which inhabit the Earth and also hold water within themselves.” 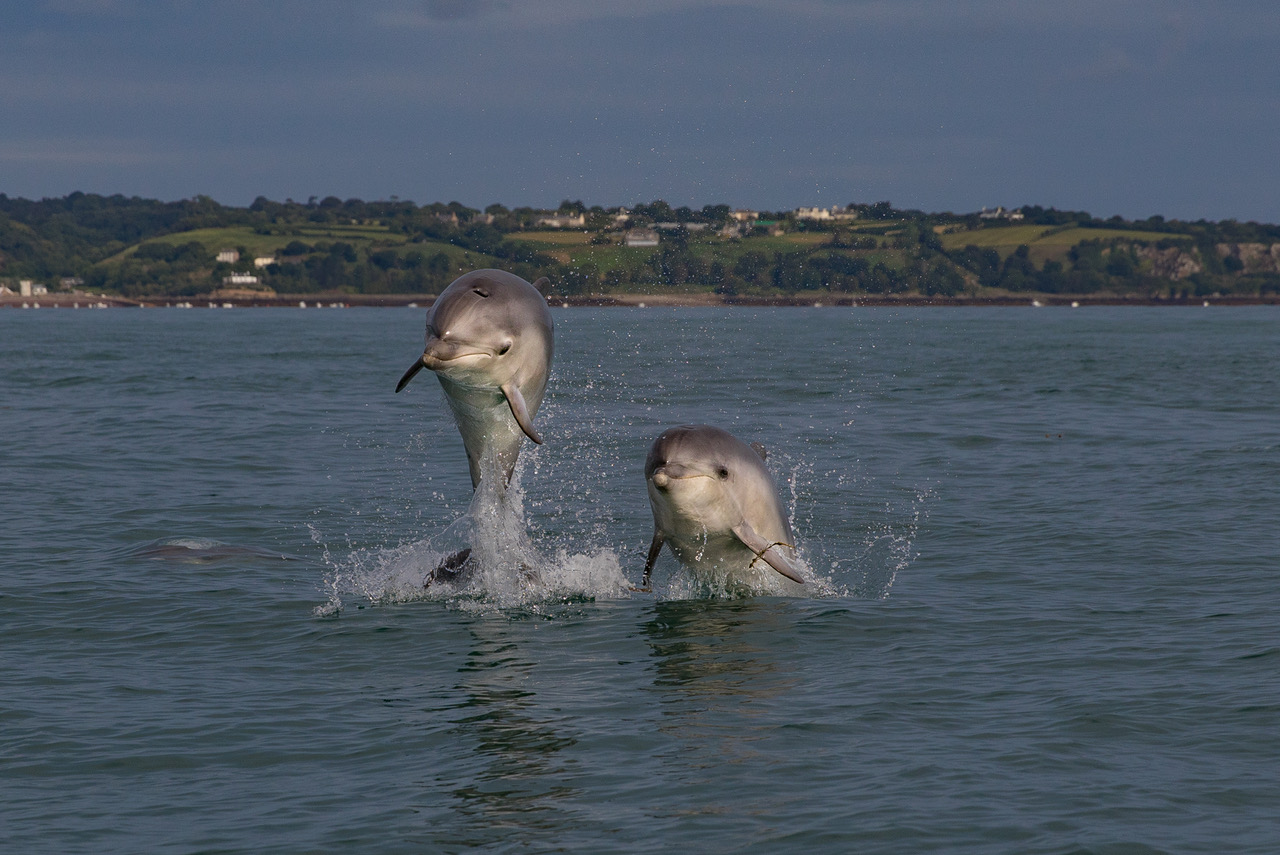 John Ovenden returns for his second photographic exhibition at The Harbour Gallery showcasing his passion for the ocean.

“I have always loved the ocean and its amazing wildlife, and spend hours trying to capture it on camera,” John said.

“It has been a passion since I was a child which has seen me co-author two books ‘Shipwrecks Of The Channel Islands’ and ‘The Wreck of The Stella’ with the Late David Shayer from Guernsey.”

The exhibition includes around 40 photographs from dramatic seascapes to incredible wildlife encounters.

“My favourite Bay is St. Ouen's as it can change with the Atlantic swell coming in within minutes. I love capturing the waves on a spring tide pounding the sea wall and feeling the ground shake,” John told Express.

Asked which of the images going on display is his favourite, he added: “It is to hard to say which one is my favourite as everyone of them has a special memory. If I had to choose, it would be the dolphins as they have a special place in my heart.”

The exhibition at The Harbour Gallery runs until 25 April. 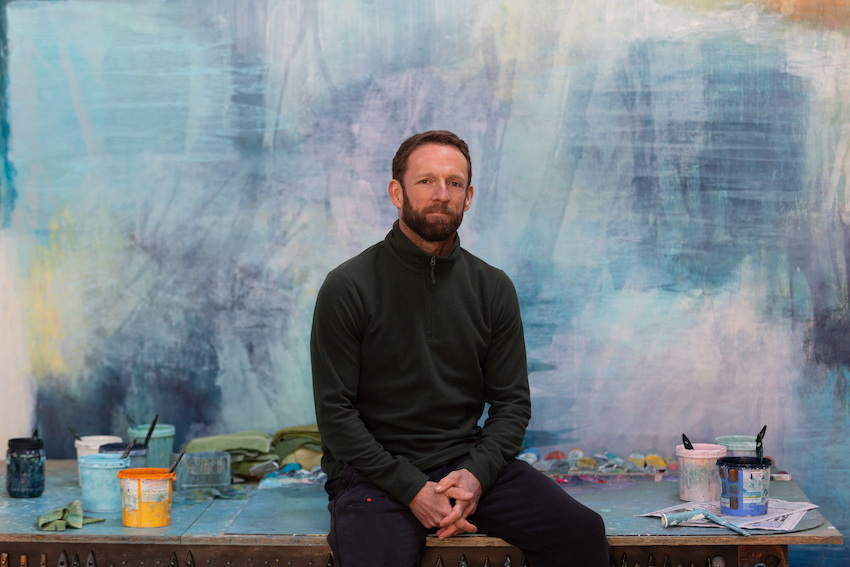 Ever found yourself wondering how people can get so excited about a particular painting or artwork when it leaves you feeling nothing? If so, this exhibition is for you.

In celebration of its new arts space in St Helier, ArtHouse Jersey is running an exhibition with Jersey-raised abstract artist Jason Butler, titled ‘One on One’.

Launching on Thursday 14 April, the exhibition gives people the opportunity to spend 20 minutes of uninterrupted solitude with one of the artist’s sensational pieces of art –  without any noise or distractions.

“There is no secret or trick,” ArtHouse Jersey says. “In Jason’s work the different layers, textures and colours continuously shift.

“The more you look, the more you will see and your own imagination will bring the painting to life.”

Artist Jason Butler says he is “delighted” to work with ArtHouse Jersey for the exhibition. “It is a real pleasure and honour to be holding the first show in their new space at Capital House.

“For me, painting is primarily a slow activity both in the making and the viewing, so the ‘One-on-One’ concept really allows for a comprehensive experience.”

Easter arts at the Library 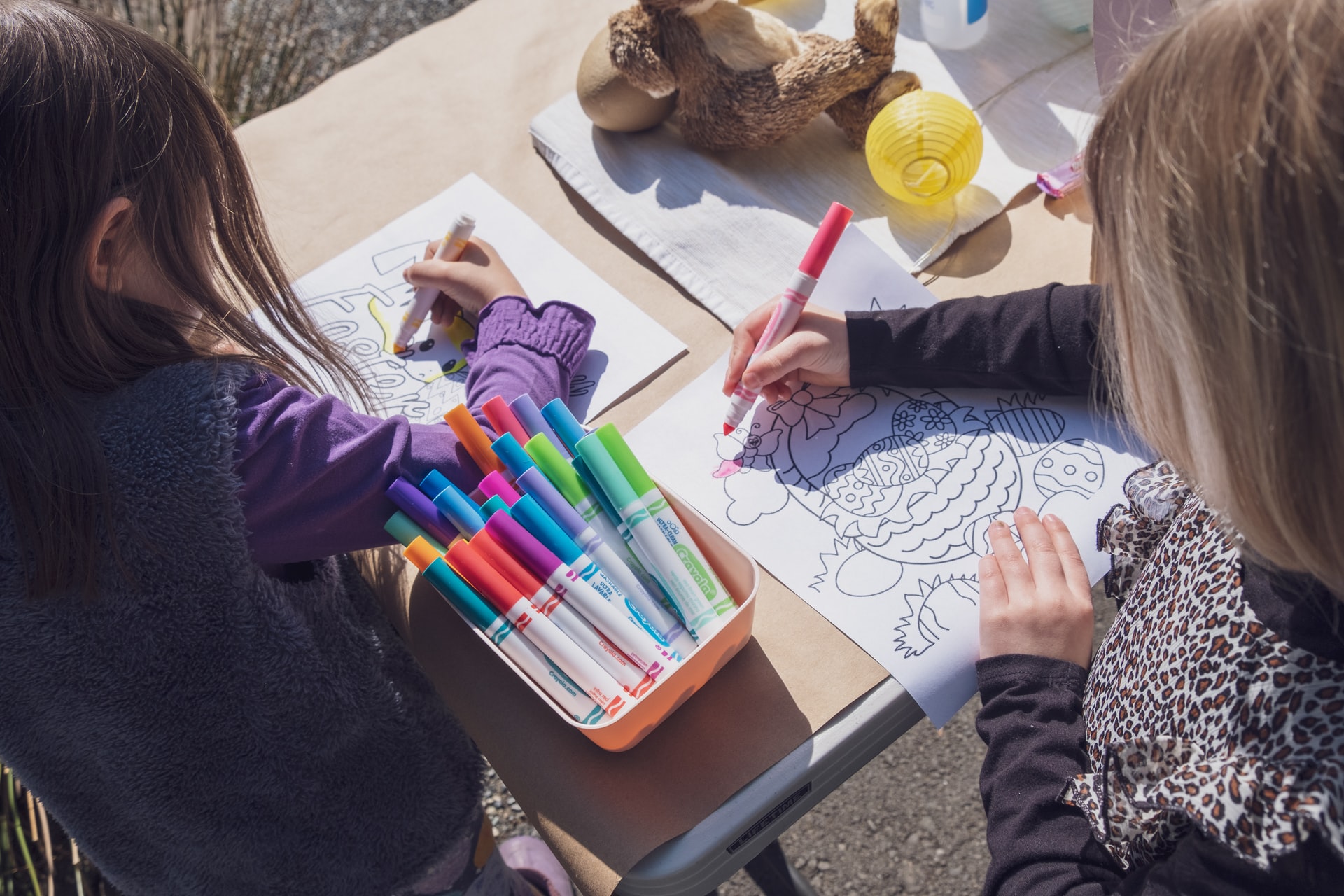 Throughout the Easter school holidays, children are invited to get crafty with the Jersey Library’s easter egg art competition running from Saturday 9 April until Saturday 23 April.

Children can decorate their egg templates in any way they like to be in with a chance of winning chocolate prizes.

Templates can be collected from either the town or Communicare libraries and entries will be  judged on Monday 25 April.

Prizes will be awarded in the following categories:

So so so scandalous

#OTD in 1673, playwright and novelist Mary de la Riviere Manley was born in #Jersey. Her novels were inspired by the political scandals of the day and she gained notoriety for their salacious detail! #HerIslandStory #WomenInJersey pic.twitter.com/LwkaYn7J5m

As Jersey Heritage observes, she drew inspiration from the political scandals of the day and "gained notoriety for their Salacious detail"! 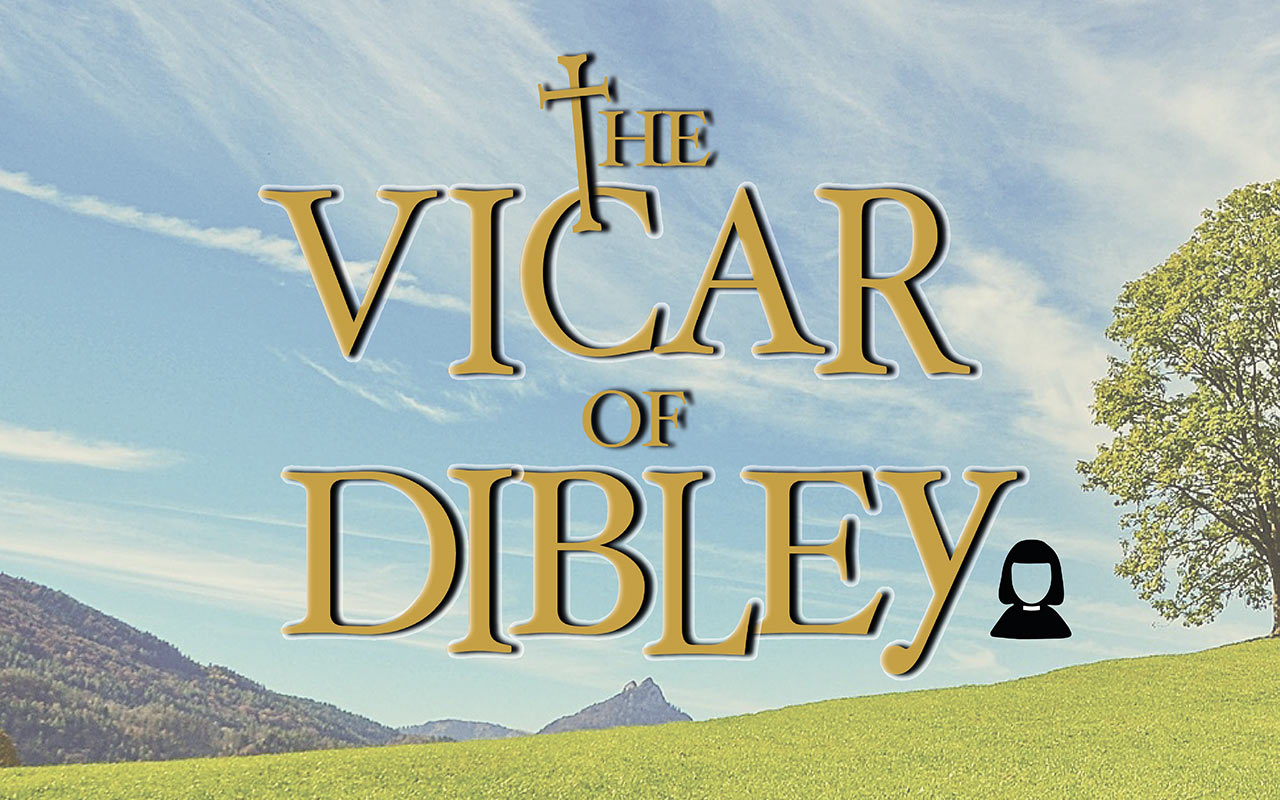 After two years of delays and covid restrictions, The Curtain Up Theatre Group will be back next month with some “larger than life” characters in the stage adaptation of The Vicar of Dibley.

With close connections to the island, the theatre group have produced many sell-out shows over the years, including Stepping Out in 2003, A Slice of Saturday Night in 2006 and Allo Allo in 2009.

Their latest show, The Vicar of Dibley, will run for a week at the Jersey Art Centre from 2–7 May, with all profits going to the charity Alzheimer’s Research.

Producer and Director, Terri Le Huquet, said: “This stage adaptation of The Vicar of Dibley is absolutely brilliant.  It is very very funny,  it's a bit naughty, it's most definitely clever, but most of all it is heart-warming.

“Its characters are larger than life with hearts to match and paired with our fantastic cast, you will immediately love them. Rehearsing together in person after two years is such a joy and we’re excited to take to the stage in May to share this brilliant show.”

The show is written by Ian Gower and Paul Carpenter adapted from the original TV series by Richard Curtis and Paul Mayhew-Archer.

The chickens are back! (Sort of)

With bird flu fears meaning Hamptonne's iconic chickens have been placed on 'flockdown', St. Lawrence School pupils came up with a "colourful solution" to ensure visitors didn't miss out...

Hamptonne isn’t Hamptonne without the chickens roaming around! Huge thanks to St Lawrence Primary School pupils, who came up with a colourful solution for while our chickens are safely indoors due to the avian flu outbreak in the Island.#Community @St_Lawrence_JSY @VisitJerseyCI pic.twitter.com/bd74jDIbcL