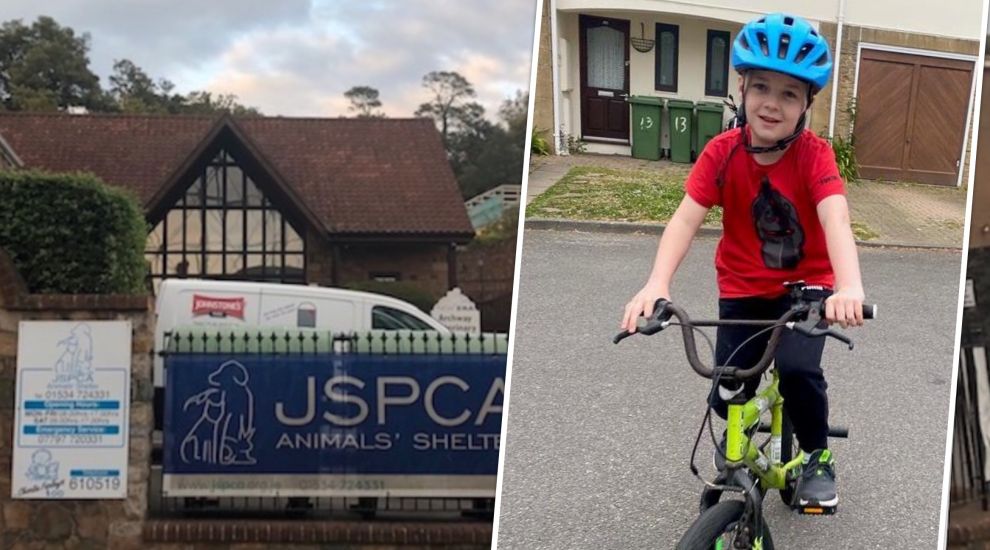 An 11-year-old aspiring vet has pledged to shave his head and cycle 20km to raise £2,000 to help local animals in need.

Young Owen’s ride in aid of the JSPCA will involve a total of 15 loops around the Les Quennevais Track.

His JustGiving page was launched yesterday, with the Animals Shelter team saying the school pupil’s story had particularly “touched [their] hearts”.

According to Owen’s mum, Gemma Ballantyne, part of the motivation for the challenge resulted from the pandemic.

“He has lost so much of his confidence during lockdown and really wants to do good to prove that covid isn’t going to stop life in general,” she said.

However, the key driver was his love of animals.

The youngster, who hopes to be a vet when he grows up, apparently has “always had a special gift with animals”, and “seems to calm and gain the trust of dogs he comes into contact with.”

"He will do anything to help animals!" Ms Ballantyne said.

The JSPCA described Owen as a “courageous and amazing human being” as they thanked him and wished him luck with his challenge. So far, he has raised £100.

The charity has also been celebrating the efforts of local couple Sylvie and Jason Pierre, who set off on the Trail Monkey Double Top Ultra on Saturday with a target of raising £850.

“Not only did they manage to cover 40 miles in 10 hours and 25 mins, they also smashed their target and so far have brought in a whopping £1,319,” the JSPCA said.

“We are truly grateful and hope that the knowledge of how many animals you will be helping goes a little way to easing the aches and pains of the event.”