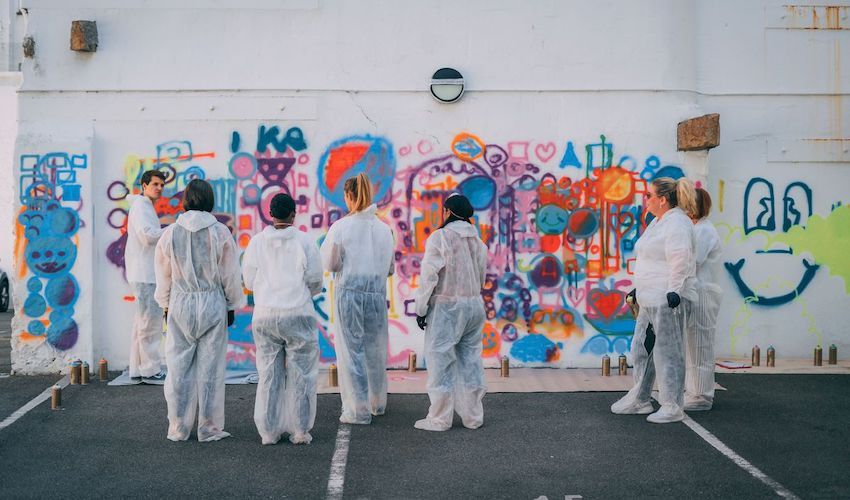 A group of finance staff have transformed from bankers into Banksies after 'going wild' with spray paint in their car park with the help of a local graffitist.

The result is a giant mural which features the rugby-shirted gorilla Badongo, a Jersey Reds-inspired character created by Oli as part of Durrell’s Go Wild Gorilla Trail this summer.

Video: A time-lapse of Oli working on Badongo.

He has now been sprayed hanging out in a Jersey jungle, bringing a touch of wilderness to an urban setting.

"The original brief gave me great freedom to go wild with vibrant colours and unique characters, which is what I most love to paint!" Oli said. "I spent time considering the wall space, and applied elements to the piece that would blend in obstacles.

"For example, two granite beams poking out the wall made makeshift branches on the tree in the centre of the mural. In line with the Go Wild Gorilla project, I applied a jungle-like environment around the characters and added exaggerated local elements like Jersey Lilies.” 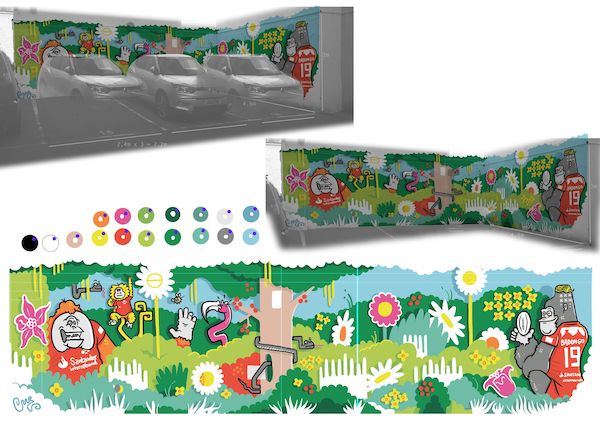 Pictured: Oli's design incorporated the features of the car park.

Over 30 staff from Santander International’s Jersey office participated in the workshops.

There, they learned the principles of graffiti, before having a go on a ‘test wall’ then creating elements of the mural, which Oli finished off.

Oli and his ‘assistants’ got through nearly 30 cans of spray paint in 17 different colours, creating a mural to brighten up the formerly dull car park, which will serve as a reminder of Badongo and the Go Wild Gorillas initiative. 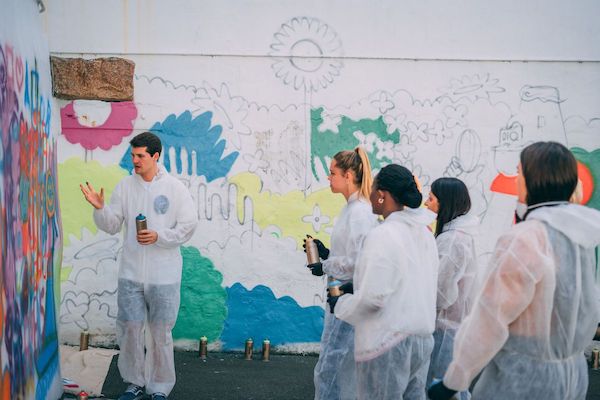 Pictured: Over 30 staff participated in the workshops.

“It was a fun activity to do on a Friday afternoon, and an amazing experience to gain some knowledge from a Jersey illustrator about the technique of spray painting," Santander Relationship Manager Gabrielle Mincer commented.

"Oli was a great teacher and it’s brilliant to be able to see the finished mural and know we were involved in creating it.

“It truly does bring a pop of colour and an element of fun to our staff car park while also being a lovely reminder of the Go Wild Gorilla Trail and the rewilding initiatives that took place this year.” 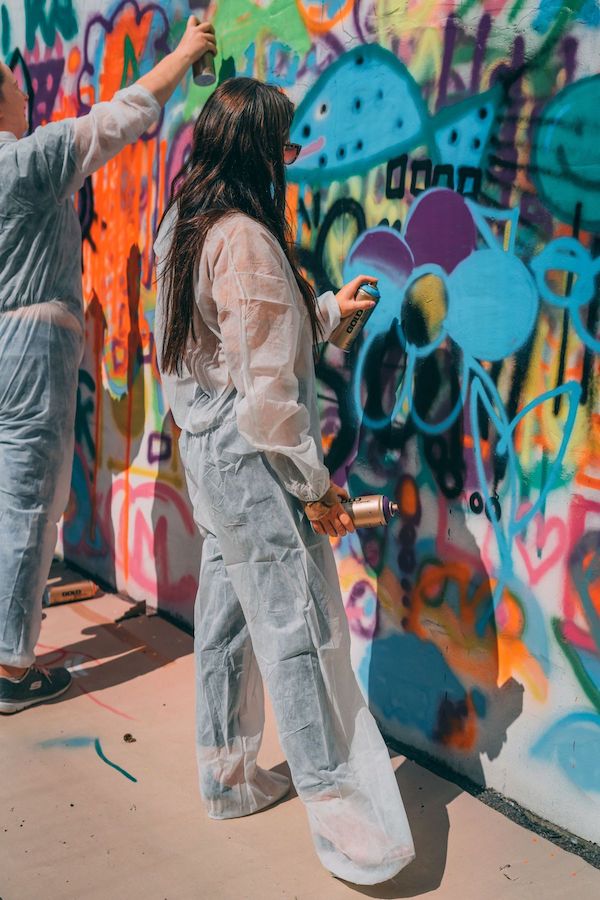 Oli described working on the project as "a real pleasure".

"The people who took part in the workshops quickly grasped the techniques and while creating the mural, many people commented on how nice it was to see some colour where there was none before - this was before the piece looked like anything!

"It is amazing how a simple splash of colour can affect all of us. I am happy for this alone, with the bonus being that all the characters had the look that I intended in the sketch.”