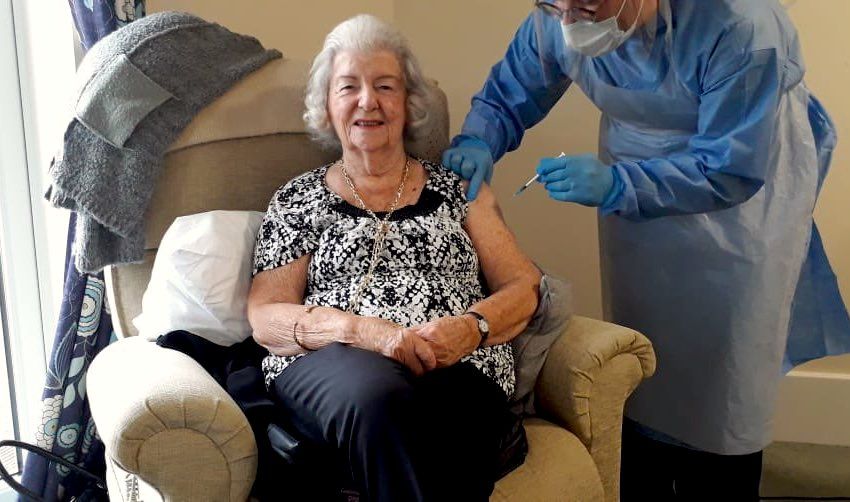 This weekend saw Jersey record 142 new covid cases, bringing the current official total to 738 - but also the first vaccination against the virus, with 87-year-old great-grandmother Beryl Taylor getting her jab.

Her vaccination - alongside those of around 360 other individuals - was brought forward from today following the recent spike in cases in care homes.

There are currently 20 cases, a number which rose suddenly at the end of last week. The Government says that there are also currently 25 people in hospital with covid.

Beryl Taylor is a resident at the Cheval Roc Residential and Nursing Home. She moved to Jersey in 1965 from London, and worked in the advertising department at ITV Channel TV. She says is looking forward to being fully-vaccinated so that she can spend time with her three-year-old grandson, Alex.

Video: Beryl Taylor, who became the first islander to be vaccinated against covid this weekend.

"I think it is marvellous, I think it's the best thing that could happen, everybody should have it, and I had no hesitation in saying, 'yes'," she commented after receiving the vaccine.

The Government described it as an "historic" day for Jersey. Their vaccination team will now visit the island's care homes to vaccinate residents who haven't tested positive for the virus, followed by care home staff, and frontline health workers.

Chief Minister Senator John Le Fondré commented on social media: "This is a historic achievement for our island and means that some of those who are most high-risk will receive their first doses of this important vaccine today." 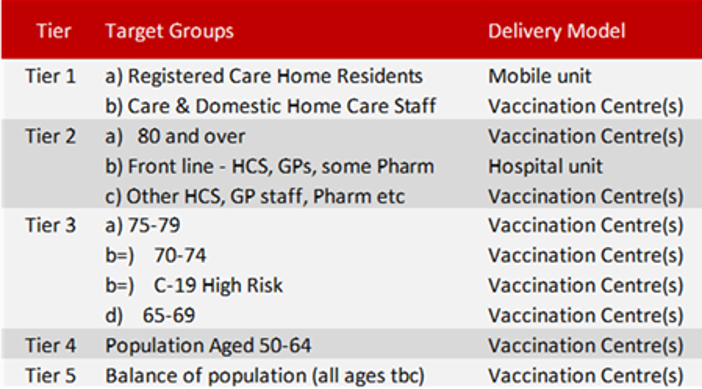 Pictured: The Government will be taking a staggered approach to vaccination.

This weekend, case numbers also saw another very sharp surge, with 142 new active cases being confirmed on Saturday and Sunday alone, and 91 in the last 24 hours - the island's second highest daily total.

Taking into account the number who are classed as 'recovered,' it brings the number of confirmed active cases to 738.

Last week, the Chief Minister announced that care homes would be closed to visitors to try and stop new cases occurring, and preventing residents being vaccinated.

He explained: “Care home staff will begin to receive the vaccine from 21 December, with the second dose being administered from the middle of January. And any unused stock from the initial batch will go to frontline health workers from the end of December.

“This is good news; most high-risk islanders in care homes will be immunised by mid January. However, we cannot immunise people who are sick; and a single cluster could stop a whole care home being vaccinated.

“Therefore we have taken the decision to shield residents by pausing visits to care homes, with the only exception being people visiting those on an end of life pathway and around Christmas." 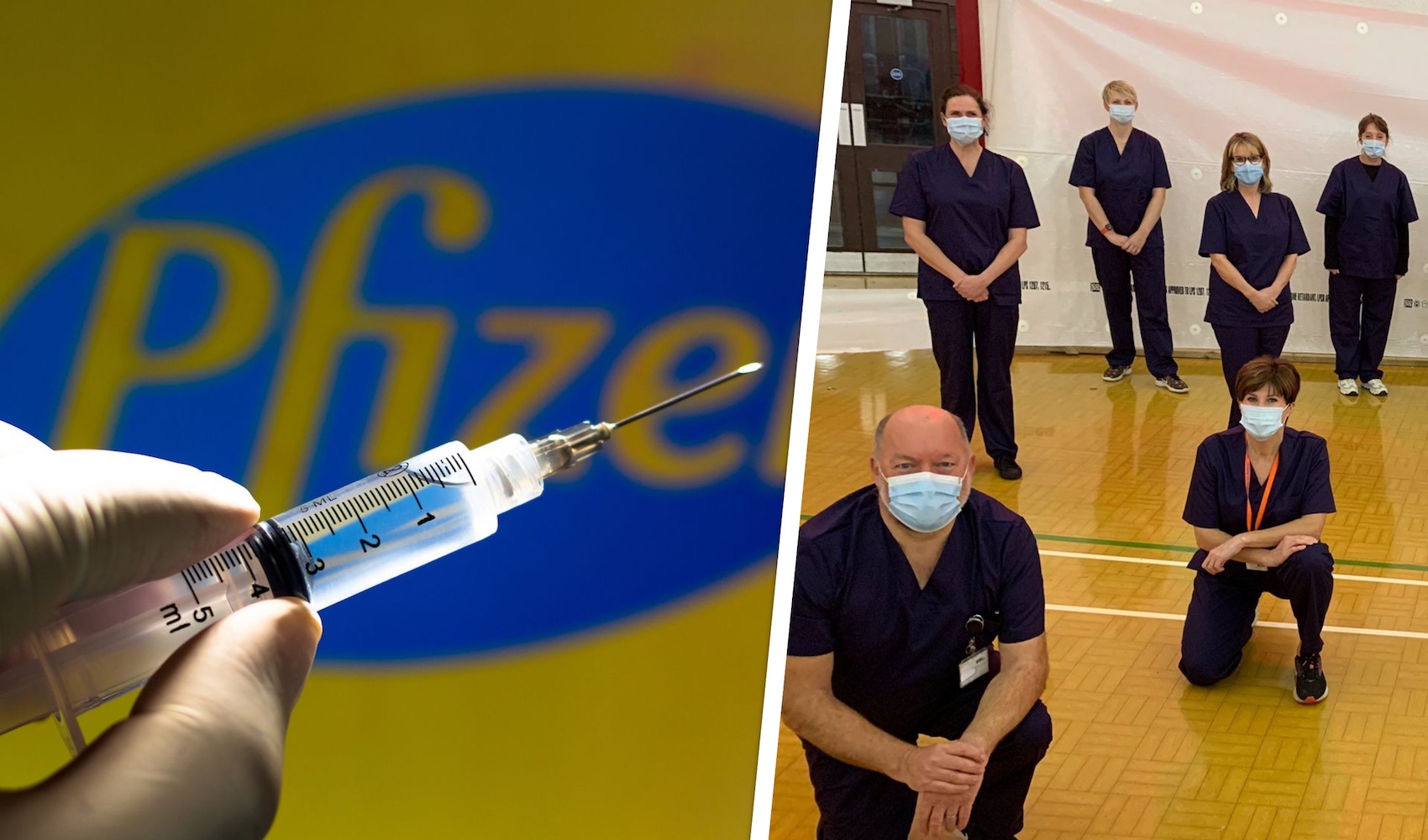 Pictured: The vaccine being used by the Government team and some of the vaccination team, led by Medical Director of Primary Care, Dr Adrian Noon (front).

He continued: “We understand this is a difficult message, but it is an emergency measure designed to keep people safe for a short period until they can receive their double dose of vaccine.

“The next six weeks are critical to ensure we vaccinate as many islanders as possible. Our first priority must remain protecting our most vulnerable.”

Posted by Jon Jon on Dec 14th, 2020
Numbers rising due to the last day of pubs open, come Christmas at this rate we will be 1500 plus.Le Fondre and Renouf should look at their jobs and resign if this happens.What a hash this government has made of this!
Posted by Paul Hadikin on Dec 14th, 2020
They did have it under control.what went wrong
To place a comment please login Login »