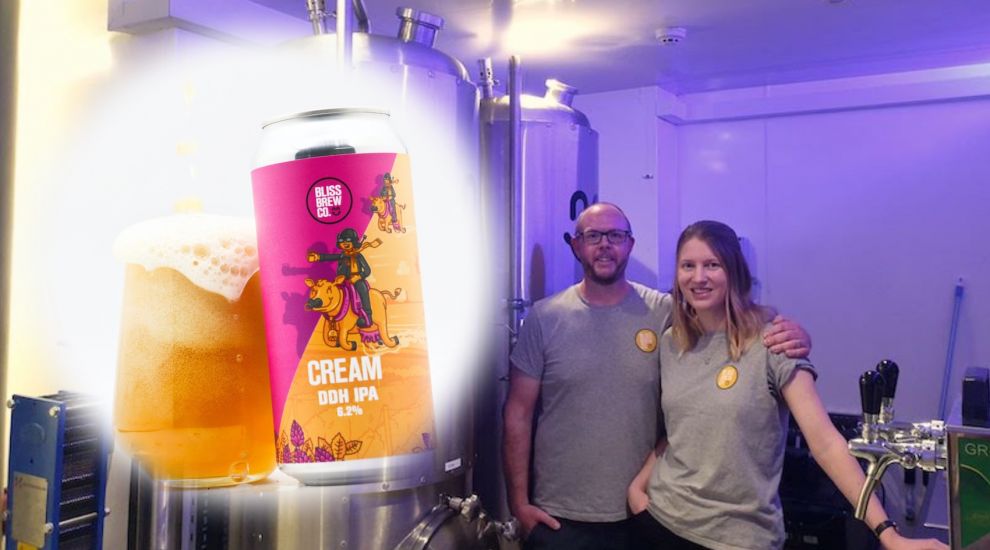 A local couple, who spent years brewing in their kitchen before establishing their brewery in a craft beer bar, have just released the ale that inspired them to go professional in a can, just in time for a Merry Blissmas.

Prior to that, the couple had been brewing beers at home, for family and friends, for 10 years.

They always hoped to move to a professional set-up, and their dream came true with the help of Marcus Calvani and Josh Band of JB's, and James Carter of Midnight Industries.

The bespoke kit, which was made in Aberdeen and make up to 400 litres or 700 pints, was installed last summer and the first brew - a beer packed with oranges - served for the SuperLeague Triathlon.

Despite a very challenging first year and serious disruption to the hospitality business, the pair kept brewing.

During lockdown, they found a way to package their beers in five-litre mini kegs to sell to both 'on and off' trade business, as well as export markets.

This week, they reached a new milestone with the launch of their flagship beer, Cream DDH IPA, in 440ml cans.

The team explained that cans have become the packaging of choice across the world for many of the top craft breweries due to its superiority over the bottle, as it completely blocks any penetration from UV light or oxygen, ensuring beer quality and longevity.

It also boasts a “complex malt bill and speciality strain of yeast”, which gives it a thick, full body.

While Cream is vegan friendly, the Bliss team says its creamy mouthfeel is enough to make our Jersey cows proud. The can design features them flying across the bay of St. Ouen.

It is being stocked in a number of local retailers and supermarkets, as well as online.