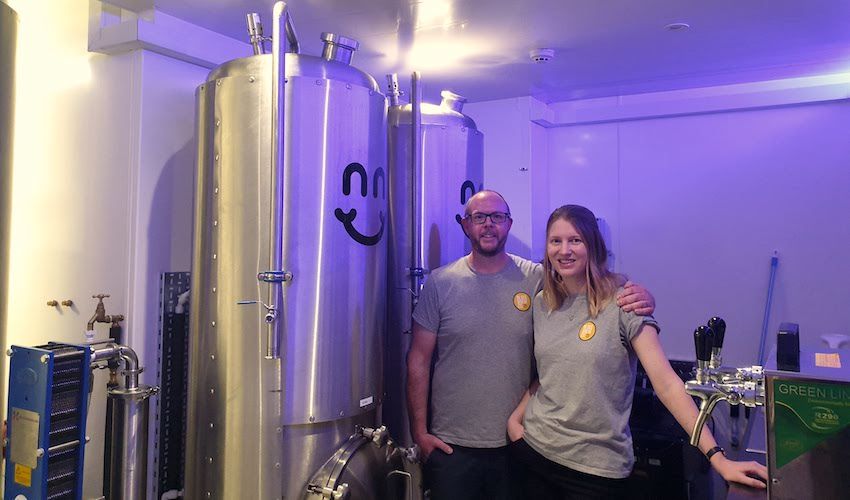 After years of brewing in their kitchen, and a £28,000 crowdfunding campaign, a local couple has set up their brand-new kit at the back of a popular craft beer bar, from where they will be brewing Christmas-cake, chocolate and pumpkin-flavoured drinks.

Leah and Ben Bliss officially launched ‘Bliss Brewing Co.’ in JB’s this week, and will soon be brewing different beers every month.

The couple has been brewing beers at home, for family and friends, for the past 10 years and always hoped to move to a professional set up in a bid to sell their own beers.

Last year, they joined forces with Marcus Calvani and Josh Band, who opened JB's as the first craft beer bar in Jersey, and James Carter of Midnight Industries.

Following a nail biting crowdfunding campaign, which saw 125 "utter pledgends" support Leah and Ben’s dream with £28,000 of donations, the couple was able to buy a "shiny new brewery."

Earlier this year, they obtained planning permission to transform a storeroom of just over 20sqm located at the back of JB’s into a fully functional "nano-brewery".

After years of brewing 30 litres at a time, the bespoke kit, which was made in Aberdeen, will enable the couple to make up to 400 litres or 700 pints. “It’s a step up,” Leah said. 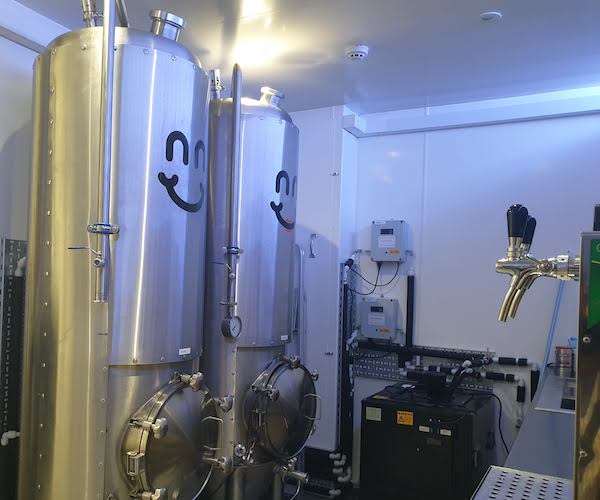 The new brewery was installed at the end of the summer with Leah and Ben brewing a beer packed with oranges for the SuperLeague Triathlon.

They have since brewed an IPA and Mrs Bliss – a double IPA “alcoholic fruit juice” – which the pledgends favoured during the crowdfunding campaign over Ben’s German Malts, and British and American hops.

The couple aims to brew different beers every month to fit the seaon. This will include “something dark” with spices and reminiscent of Christmas cake for the festive season, chocolate tones around Easter and pumpkin flavour for Halloween. “We have lots of ideas, lots of recipes,” the couple said. 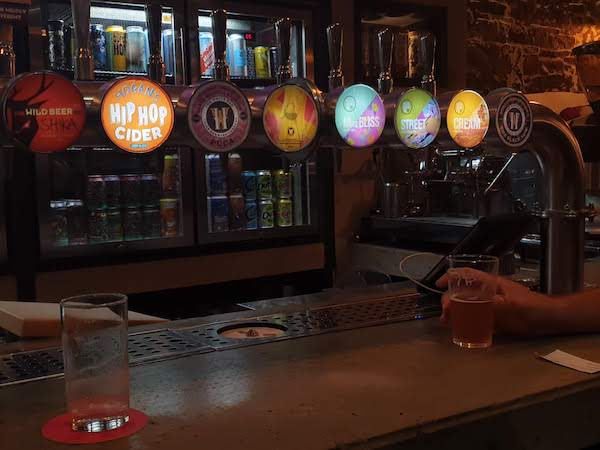 Pictured: Bliss's beers are on tap at JB's.

“Bliss is basically all about arts and crafts beer,” Leah added. “For Jersey it’s about making a local product something that people know its origins and it’s all about having fun, it’s all about being creative and watch the space really.”

While the couple unveiled their brewery this week during a launch party with their supporters, they still can’t quite believe their “pipe dream” has come true.

“It’s very visually pleasing,” Ben said. “You walk in and you’re like wow that looks amazing and then it dawns that it’s our brewery, so that’s really cool.”

“I walk in and the brewery is behind the glass window and it’s kind of the first thing you see when you walk into JB’s and I am still kind of disbelieving that it’s there,” Leah said. “It’s really good. The more we use it the more it will become real, but we are still pinching ourselves a little bit I think.”

"The crowdfunding made all this possible," Leah continued. "We were pretty overwhelmed that we got the support from the local community. I say local, it was the main part but we also had people pledging from as far as Canada and America, just because it’s a cool idea and I think people like to see passion and they like to know where a product is from.

"To get that support to make this thing happen was everything! We could not have done this without the crowdfunding and the people that have pledged their support. We are really keen to never forget that!"