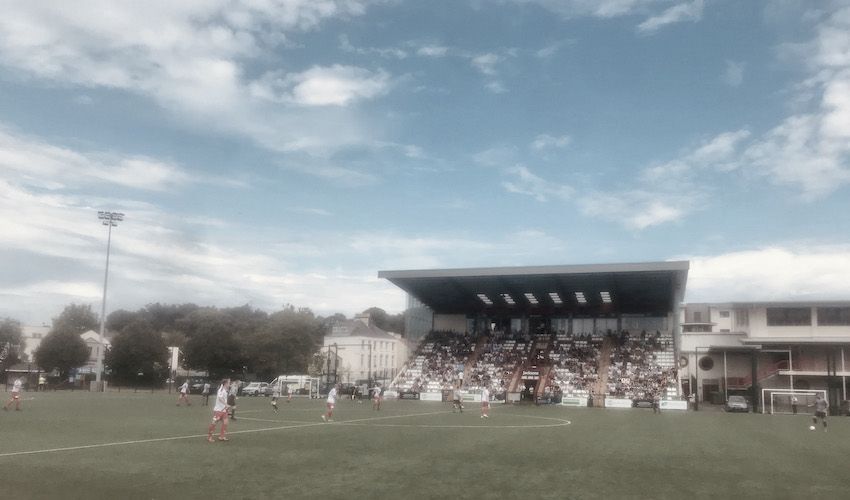 Jersey Bulls moved another step closer to playing against Premier League stars in the FA Cup last night - and are currently the top-scoring team in the qualifiers so far.

In a replay match controversially held at Sutton Common Rovers’ ground, the Bulls won 3-2, securing their place in the third qualifying round of the FA Cup.

The match also saw them secure the status of top-scoring team in the FA Cup 2021/22 qualifying rounds so far, with 24.

Jake Prince and Luke Campbell scored the first two goals, with double assister Sol Solomon making the score 3-1with a back-heeler 76 minutes into the game.

The Bulls’ opponents fought hard as the game moved into extra time, and one Rovers player got a red card in the 95thminute – but they couldn’t do enough to overcome the Bulls.

He has to backheel it too right?

The People’s Park area of town boomed as Bulls supporters gathered in The Shipwright pub heartily welcomed the full-time result.

It was the second match in less than a week that the Bulls had had to play at Gander Green Lane.

Having reached a draw in their Saturday match against the Rovers, the Bulls were hoping that the team would visit them in Springfield for the replay, but it emerged that FA rules did not fall in their favour – something the group indicated they would be challenging.

If the Jersey team win their next match against Chertsey Town on Saturday 2 October, they’ll have one more game before moving from the qualifying rounds into the ‘Competition Proper’.

If they can make it to the third round of that, they could be facing the Premier League and Championship greats.

Posted by Mark Collar on Sep 23rd, 2021
Love the Bulls. Long may their success continue with home draws in the next rounds. Think we will miss Sol though.
To place a comment please login Login »