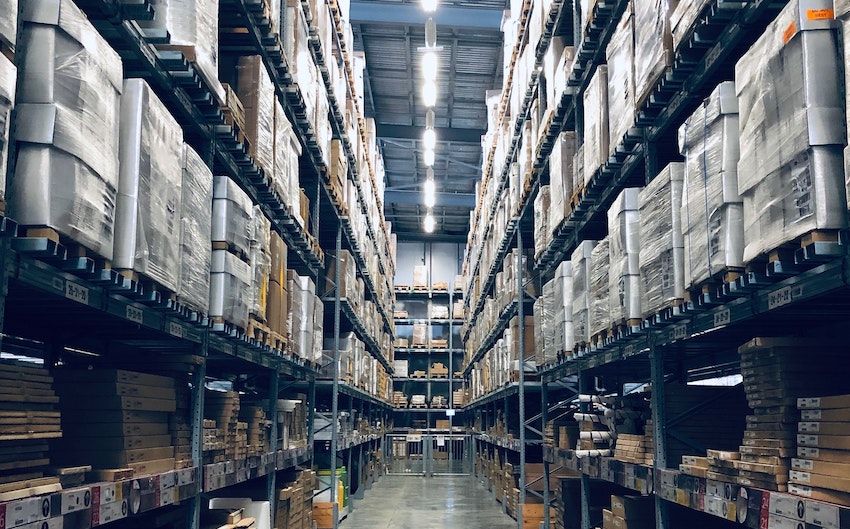 Calls are mounting for freight providers to be included in the government’s payroll co-funding scheme after the shock collapse of a major operator exposed the industry’s vulnerability.

In a statement, CEO Andy Jehan said the Board of Directors felt the company had “no alternative but to cease operations with immediate effect” given the challenging trading conditions caused by the covid-19 pandemic.

The news sent chills through the industry, which is crucial for keeping the island stocked with groceries, medical supplies and other retail goods. 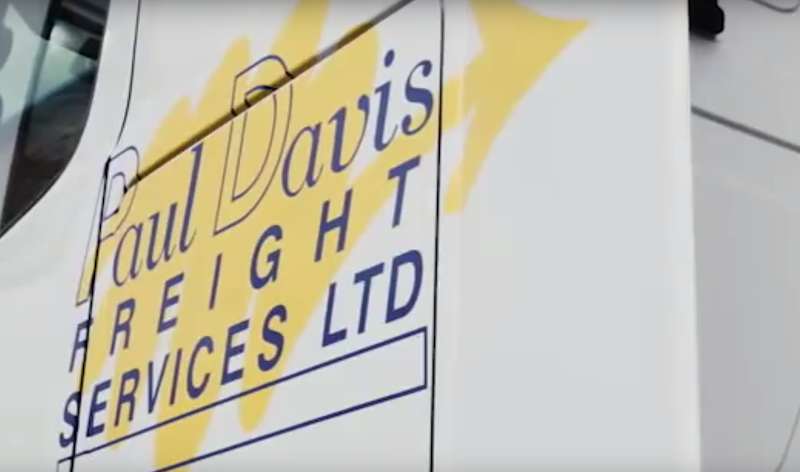 Pictured: 42 jobs were lost across the Channel Islands as PDFS collapsed yesterday.

PDFS, which mostly supplied non-food products, reported a 90% downturn in its volumes as it folded.

However, even frequent food suppliers are struggling, given that restaurants and hotels are ordering less.

Meanwhile, others are bracing themselves for the impact of the near-freeze on construction work, with construction materials account for around 30% of the freight of one local company.

“Even the carriers operating today post-Paul Davis Freight are reporting that their volumes are very much down and there’s concern in the whole freight industry,” Murray Norton, Chief Executive of Jersey’s key business lobby group, the Chamber of Commerce, told Express.

“We’ve been talking to our members in the industry today and they are all concerned about volume levels but mostly the fact that they’re having to maintain full wages for providing a service with less volume on it, therefore they’re not making money at all and they’re not getting any co-funding support from government at all.”

Having Freight companies excluded by the current co-funding scheme, needs an urgent review. Some of our Freight members describe it as bizarre an ludicrous. We urge expediency on this @GovJersey decision. Jobs & essential supplies are at risk, if not quickly resolved. #actnow

PDFS’ collapse has therefore ignited calls for the government to revise its list of exclusions – dubbed “bizarre and ludicrous” by Chamber’s freight members - to its recently-announced payroll co-funding scheme.

The scheme allows local businesses able to claim for 80% of their workers' pay, up to a ceiling of £1,600 a month, but is only being rolled out to certain sectors.

While Chamber understands the government is “working as fast as it can”, the group is calling for an urgent review of the eligible sectors in order that freight can be included.

If it is not, there could be worrying longer-term impacts on the island's economy in terms of both exports and supply, Mr Norton explained.

“One thing that is clear is that for having supplies – food and medical supplies more than anything else – it’s absolutely critical that we have freight links between here and the UK, not only now but if you think of Jersey Royals on the way in the next couple of weeks. The empty pallets that are coming in will take Royals going back, and that’s a very important export crop.”

He later added: “And any freight difficulties have a knock-on impact to all other industries. The industries that are managing to stay open at the moment will still need supplies. There is a small amount that comes in by air freight but the majority comes in from shipping.” 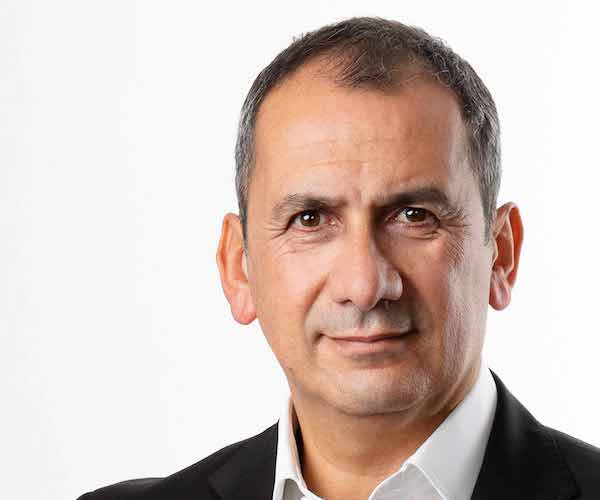 Pictured: Chief Executive of the Chamber of Commerce, Murray Norton.

The comments echoed previous concerns about covid-19's impact on the supply chain from the Fiscal Policy Panel, the government’s key advisers on tax and financial policy.

Beyond that, the reduction in competition could lead to pricier purchases for consumers.

Indeed, Jersey Consumer Council Chair Carl Walker said that one company has already put up its prices as a result of the virus crisis.

Speaking following the collapse of PDFS, he said: “This is worrying news for consumers as it effectively means we have one main freight company bringing everything into the island. Furthermore, that operator slapped an 8% surcharge on all deliveries to the Channel Islands last month, as business elsewhere was drying up. This means all consumers could see a jump in prices at the very time they could do without them.

“The collapse of PDFS and Channel Islands Lines really highlights how exposed we are as an Island and, with now just one freight company and next to no aircraft coming in, we are suddenly left very vulnerable indeed. It has surely reached a point where the Government of Jersey must step in to both secure shipping routes but also ensure that there is fair pricing, especially in light of the fact any meaningful competition has vanished overnight.” 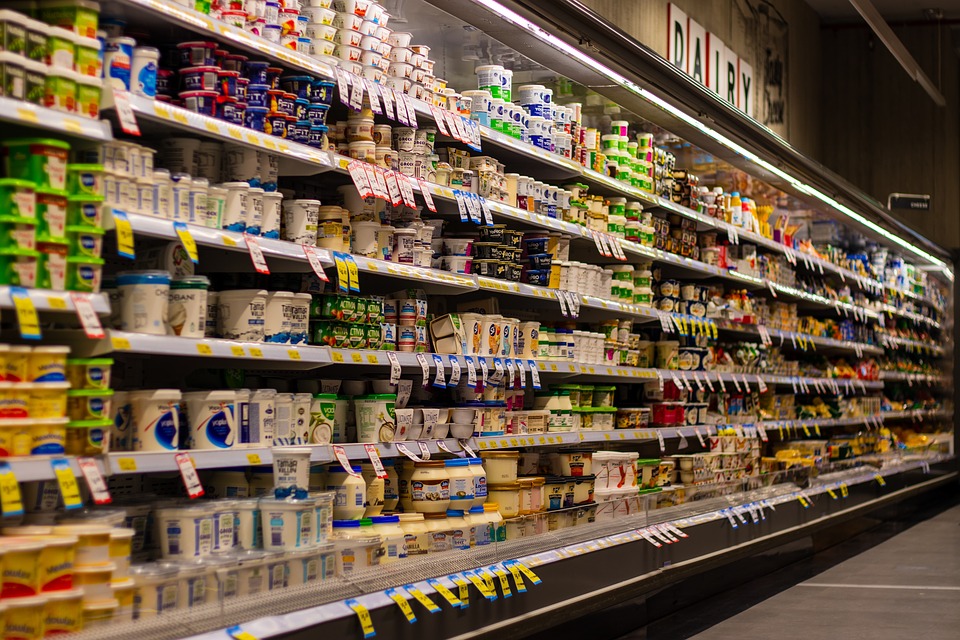 The Channel Islands competition regulator, CICRA, said that it had no need for intervention at this time, but that the government could request their involvement if there were any concerns about freight links.

“The economic impact of the pandemic is significant for many businesses at this time. It is very sad to see an established business fail, however from a Jersey-wide perspective there remains choice in the marketplace,” a spokesperson explained.

“Logistics is not an area that CICRA is specifically tasked with licensing and monitoring as an economic regulator (these responsibilities are specific to telecoms, ports and post) but should this closure have an material adverse impact on competition in the marketplace, the competition law allows for the relevant Minister to formally request advice from CICRA following a review at an appropriate time.”

In a later statement, CICRA clarified that it had no intention of enforcing competition laws that might stop businesses from working together to ensure the “security of supplies of essential products and services, such as groceries” throughout the crisis.

The regulator warned, however: “At the same time, this is not a license for businesses to exploit the crisis as a ‘cover' for non-essential collusion. This includes exchanging information on longer-term pricing or business strategies, where this is not necessary to meet the needs of the current situation. CICRA's guidance on this is available on its website.”

Economic Development Minister Senator Lyndon Farnham described himself as “saddened” by the news of PDFS failing.

However, he added that the government was “taking unprecedented action to support businesses, jobs and livelihoods and has set aside in the region of £300 million for direct support to the economy”.

“My aspiration remains firm that we do not want to lose any businesses. However, it is sadly inevitable that some businesses will be unable to survive current challenges, which is why we are targeting significant financial support at businesses that can demonstrate they have a viable future. Without a viable future, Government support only defers the inevitable closure and loss of jobs.”

While the latter comments might be little comfort for the former staff of the collapsed freight company, some positive news came from Woodside Logistics yesterday.

“We are already in talks with some PDFS staff and hoping we can employ as many as we can to keep Jersey moving at this worrying time for everyone. If we can, we will. We all need to support each other, both now and in the future,” Managing Director Charlie Gallichan said.

Posted by Martyn Anderson on Apr 7th, 2020
Surely it is not difficult for the States and their advisors to understand the special status of islands that are not self-supporting in food supplies in that a reliable logistics service is a front rank essential service and has to be maintained while the coronavirus is around, even if it takes government funds to do so - please get on with it funding this pronto.
To place a comment please login Login »