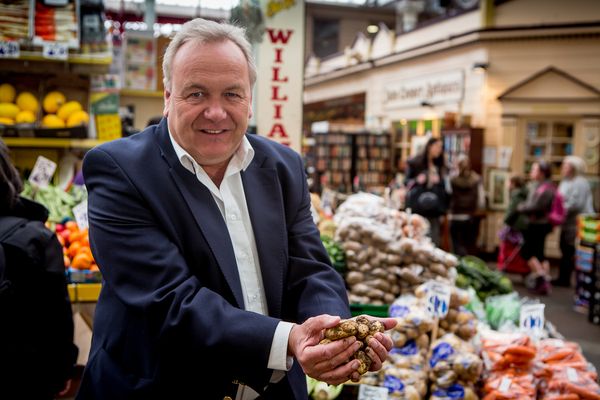 Opening on Thursday afternoons, and keeping cars further away are not the way to making the markets the 'jewell in the crown' of town shopping, according to one long-standing trader. Both measures were suggested in a recent States report into revitalising retail in St Helier.

Published by the Economic Affairs Scrutiny Panel, the report describes the town markets as tired, underwhelming and not open for long enough. It also suggests moving ahead with pedestrianising Halkett Place.

But Vienna Bakery’s David Dodge says traders are already working long hours, opening from 7.30 am until 5.30 pm five days a week and there wouldn’t be enough demand to stay open later on a Thursday.

He said:  “I think there is a general misunderstanding about the role of the market. Our produce is fresh, and fresh produce has a time of day. The afternoons are very quiet, to take on additional staff for more hours, isn’t practical.”

Mr Dodge said traders are due to sign their new leases any day now and is positive that investment in the market will flow after that.

“We need a wide debate on the value of the market, it’s relationship with the growers and the fisherman and the craft industries. Supermarkets do a fantastic job most of the time, but they can’t do everything for everybody – but you can do something different, experiment, innovate in the market.

“We are making progress but the goodwill to support the market is fantastic.”

The scrutiny report also calls for pedestrianisation to be considered in Halkett Place but Mr Dodge says it's an idea that has come up before but it's a threat to business as people still need to have access with their cars so that they don't have to lug heavy shopping around town.

"We either make the parking in the north of town convenient or we don’t but we need to have clarity over it."

Culture bites: Singer shares her musical pick of the arts

WATCH: How to shop until you drop (plastic)