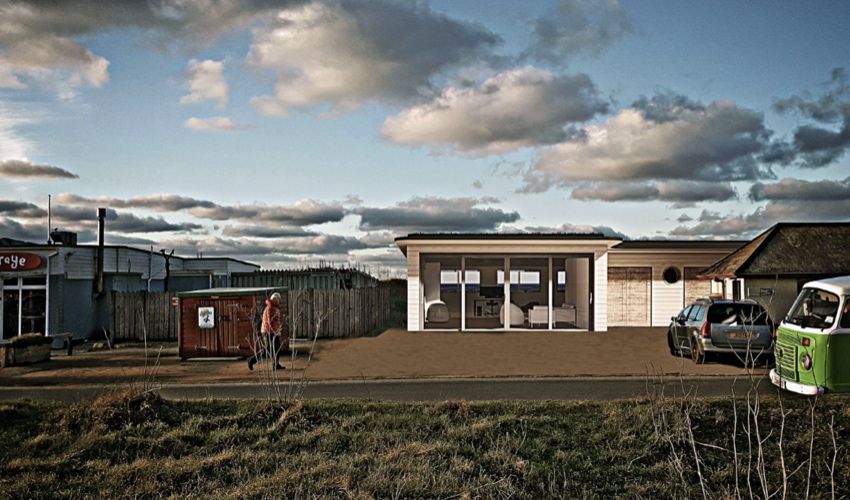 A new centre to help those with disabilities learn to surf has moved a step closer, with the Government leasing the land at Le Braye to the charity Healing Waves.

The Surf Therapy Centre will be built between the toilets and the café, having already received planning permission and £411,000 of Fiscal Stimulus funding.

On Tuesday this week, Infrastructure Minister Kevin Lewis formally notified the States that the Government had entered into a ground lease with Healing Waves.

The transaction can be concluded 15 days after the notification.

The planning application to build the centre and disabled toilets was approved on 13 August. Built in the Coastal National Park, it will have timber cladding and a ‘sedum’ roof, which has a layer of living plants. 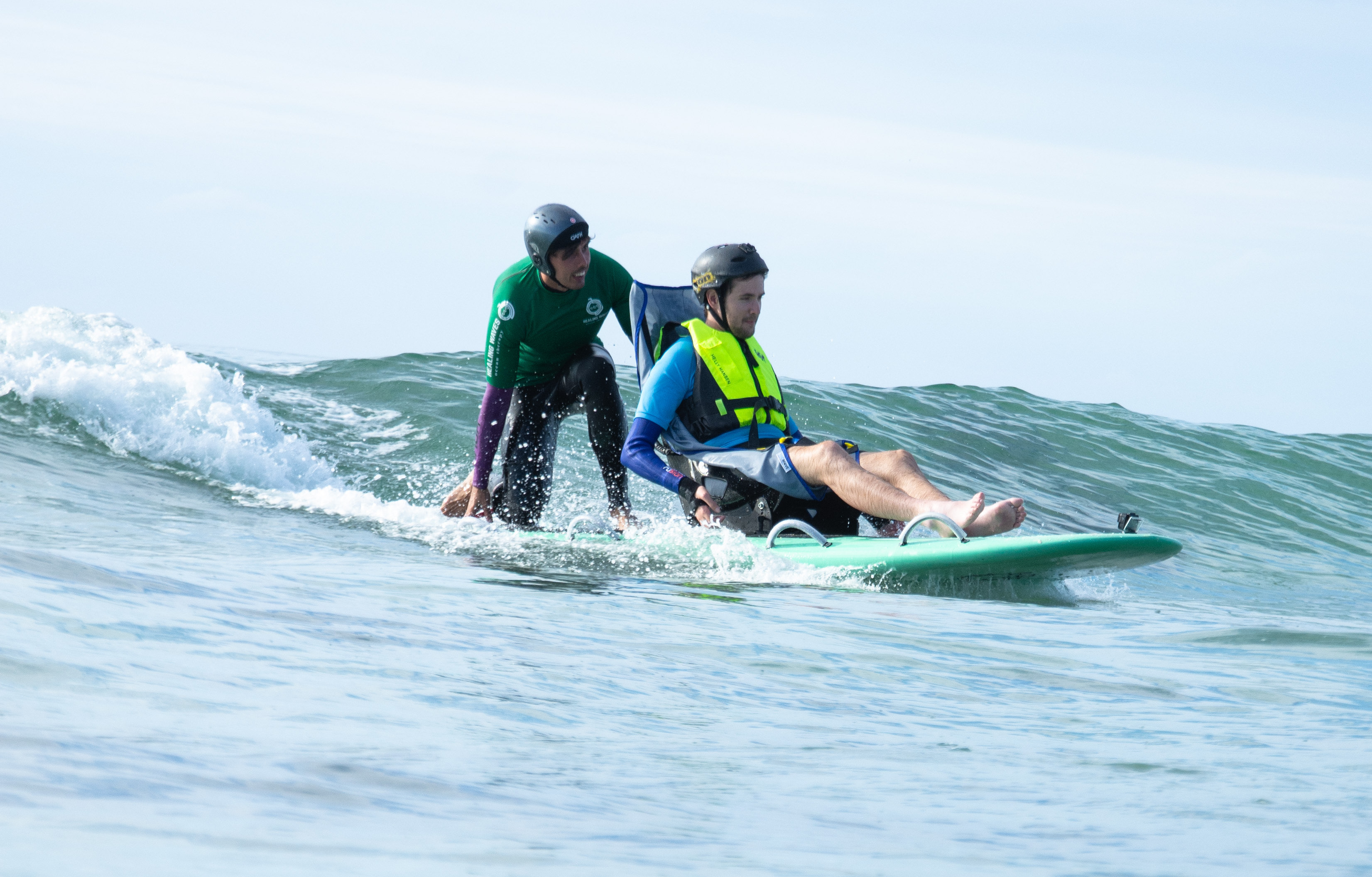 Pictured: Healing Waves enables islanders with disabilities to enjoy the excitement of the sea.

Established in 2017, Healing Waves aims to help people with physical, neurological and mental health challenges to access the sea in a safe way for free.

Its aim is for individuals of any ability to experience the therapeutic benefits that the sea holds through participation in surf, paddle, flowrider and water sports-based sessions.

The centre will include an open space for training and socialising before and after sessions, changing rooms and an equipment store.

The charity is one of six out of the 47 successful Fiscal Stimulus projects that have been granted an extension by the Treasury Minister, allowing its completion to be extended by three months to next March.

St. Ouen outfall water found to be safe after testing