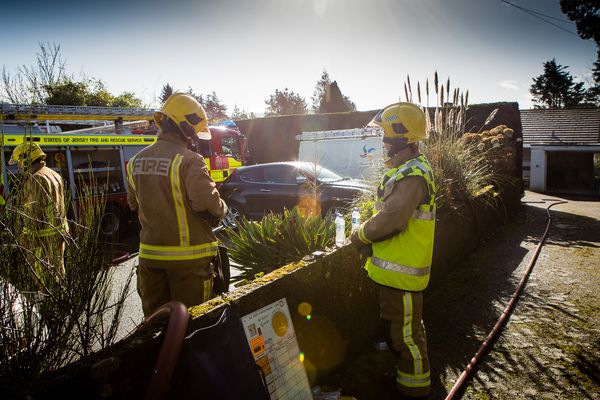 Firefighters are urging Islanders to make sure electrical extension leads are in good condition after discovering that a fire in a bungalow in St Peter which left an elderly woman trapped in her burning bedroom was caused by a faulty lead connected to her table lamp.

Firefighters rescued the woman on Wednesday morning after receiving a dramatic emergency call from her brother who had reported that there was smoke filling the hallway from under the bedroom door and that his sister was trapped in the bedroom.

Both were rescued from their home and taken to hospital where the woman was treated for smoke inhalation.

A four hour detailed examination was carried out immediately after the fire and several electrical items were tested in the bedroom, before firefighters discovered the fire had started within the faulty extension lead.

Area Commander Mark Johnson is urging Islanders to make sure they have a working smoke alarm fitted in the right place and to make sure they don’t ignore any signs of faulty switches or electrical appliances which can cause fires.