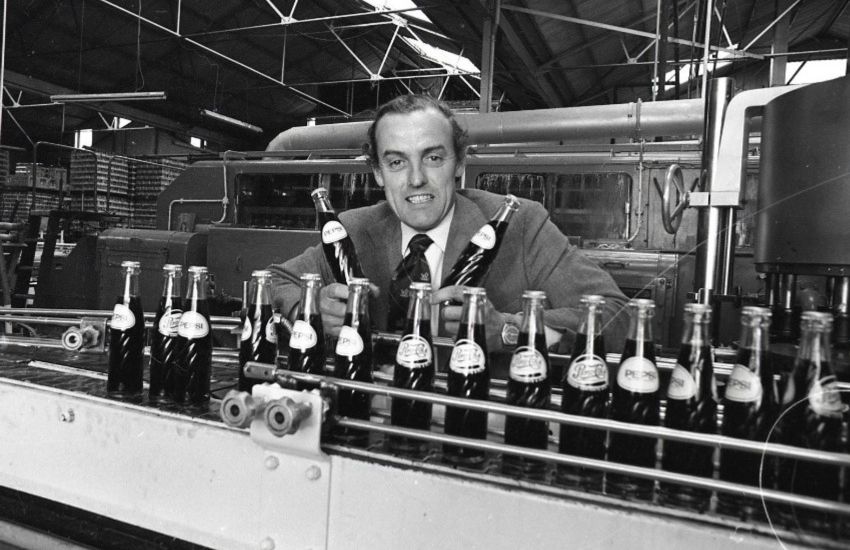 Pints of tributes from the island’s pub and brewing community have been pouring in for the former chief of the home of ‘Mary Ann Beer’ after the industry legend passed away at the weekend.

Ian 'The Boss' Steven – a multi-faceted character who was also a Gardien of Durrell and an avid beekeeper – died aged 86 on Saturday 1 October.

He was Chair and Managing Director of Ann Street Brewery, which laid the foundations for the Liberation Group, for more than 30 years and largely credited for the growth and success of the brand.

Eamon Fenlon, former colleague of 15 years and current Managing Director of Jersey Dairy, recalled that Ann Street was a "modest-sized business until the early 1970s." 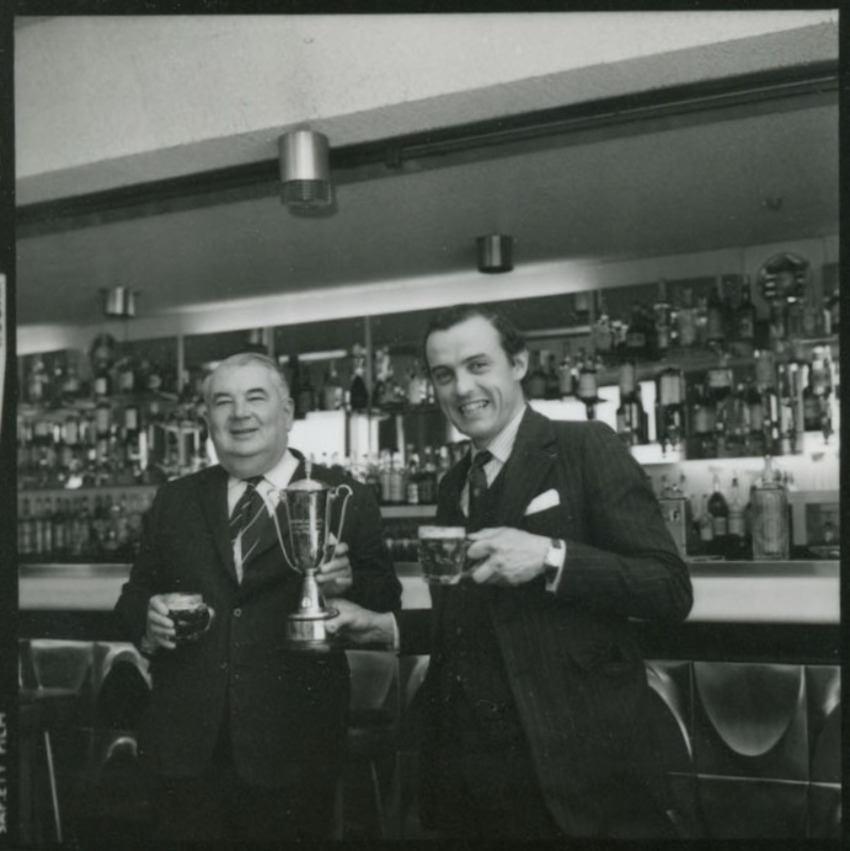 "A turning point for the group came in 1971, when Ian Steven took over as the company's lead. Under Steven, Ann Street began developing its pub estate holdings, which grew to more than 100 across the Channel Islands.

"The company also entered the French market, acquiring L'Abeille, that country's leading supplier of private-label soft drinks for the French supermarket sector. Into the 1990s, Ann Street, which was listed on the London Stock Exchange's main board, began seeking an extension onto the English mainland, building up a pub estate in southern England. In 2000 the company moved bought the Brubeckers restaurant chain." 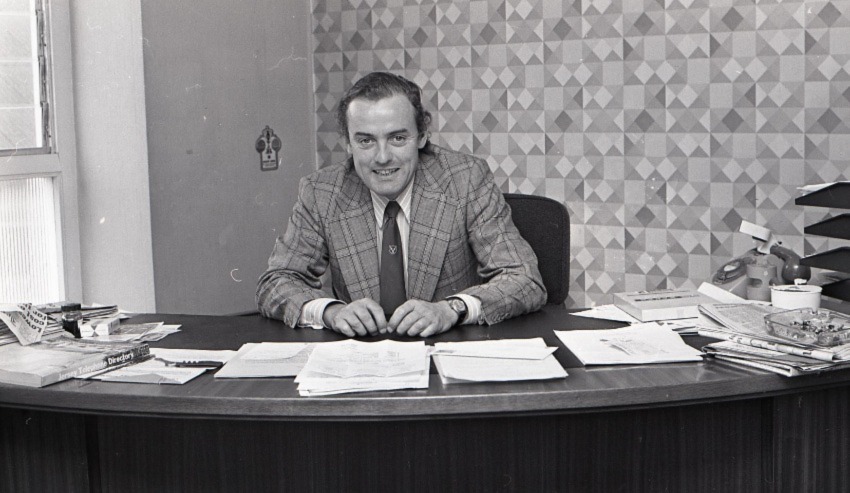 Pictured: Ian Steven at his desk at Ann Street Brewery, taken during a tour of his company's premises with a brewing examiner. (Jersey Archive/JEP)

But, as much as his business achievements, it was his personality that many of his former colleagues will remember him.

"Ian was a gentleman, an excellent business man, a great boss, a great mentor and so much more. He was one of life's real characters. A legend," Mr Fenlon said.

Indeed, Pierre Giraud, who worked for 13 years with L'Abeille, the soft drinks producer in Cholet, France, belonging to Ann Street Brewery, said that, while they "did not meet so much", that each encounter with Mr Steven was "deep and sound".

"We lost a great man and a leader. Thank you Ian." 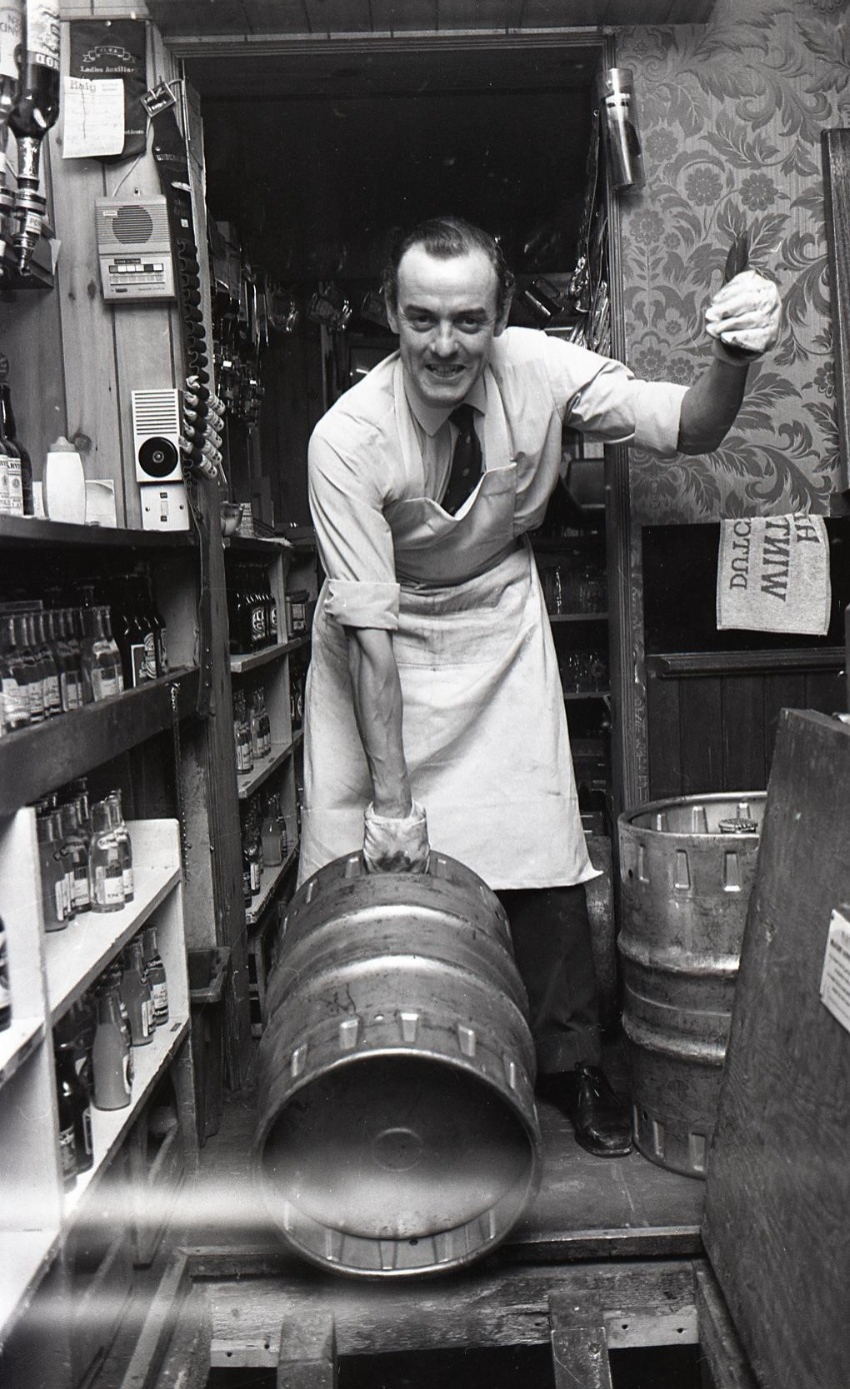 Paul Smith was in touch with Mr Steven through the 1990s, as he spearheaded Ann Street's expansion into Southern England.

"He was an inspiring person to work for, incredibly knowledgeable about all aspects of the brewing industry coupled with an infectious enthusiasm.

"When I moved to Jersey, he was tremendously supportive and encouraging for which I remain eternally grateful. I much regretted that he was not retained as a non-executive director of Ann Street on his retirement, the company would have benefitted greatly from his wise counsel during a significant period of change.

"Ian has left behind a legacy that few businessmen can equal." 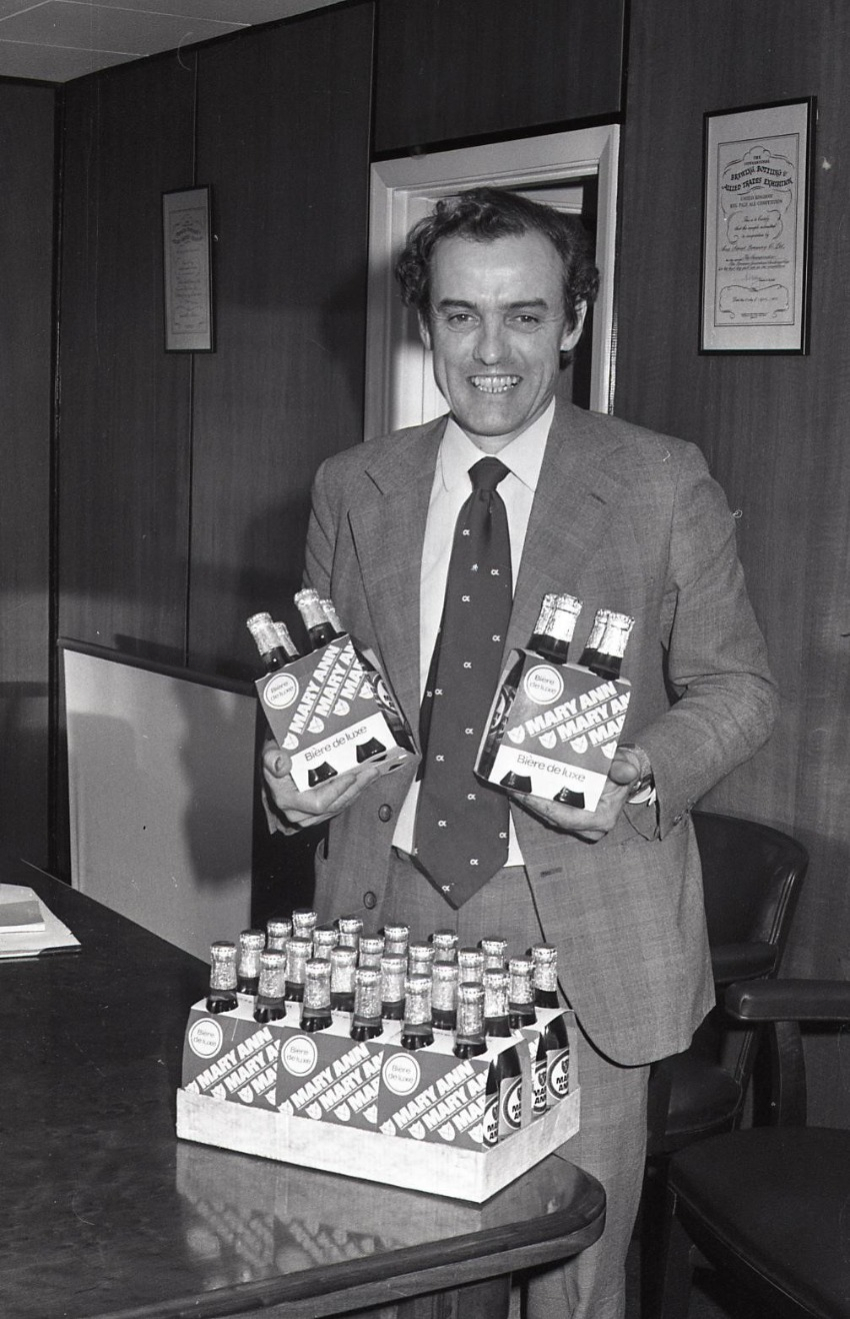 "I was invited by Ian Steven to set up the wine division for the Ann Street Brewery in 1980 - it was a career and life changing opportunity for me," he remembered.

"Having met Ian Steven on many occasions both socially and on business during the 1970's, I was delighted when the opportunity arose for me to join the Ann Street Brewery Co. in 1980 to set up Victor Hugo Wines.

"Ian was an excellent person to work for and as company chairman he gave me great inspiration and allowed me to develop the wine division of the brewery. Ian's faith in me and his guidance along the way saw Victor Hugo Wines become one of the major wine and spirit agents and distributors in Jersey within a very short period of time.

"Ian's passion for the Ann Street Brewery group of companies was unparalleled and his drive and enthusiasm was an example to all of his senior management team.
Ian had a tremendous vision and his straightforward fair approach to business and staff had to be admired."

Mr Flageul wasn't the only one to reflect on Mr Steven's key strengths was as a mentor and motivator.

Paul Hurley, Head Brewer under Ian Steven, said that he started work at Ann Street as someone "relatively inexperienced but qualified" and will "forever be indebted" to the man for the "faith he showed" in him.

Mr Steven's "encouragement, guidance, understanding and knowledge of all things 'brewery'" were the keys to Mr Hurley's success in the role – things that "not only made me a better brewer, but a better person."

"You always felt that you needed to do your best, for the company, for yourself and for him. When he often congratulated you on a job well done you swelled with pride. His gentle mentoring of so many individuals in the organisation made all of them the best they could be and yet as a whole they were even greater than the sum of their parts. You looked forward to going into 'work' everyday alongside colleagues who were equally empowered whilst still in awe of our Patriarch." 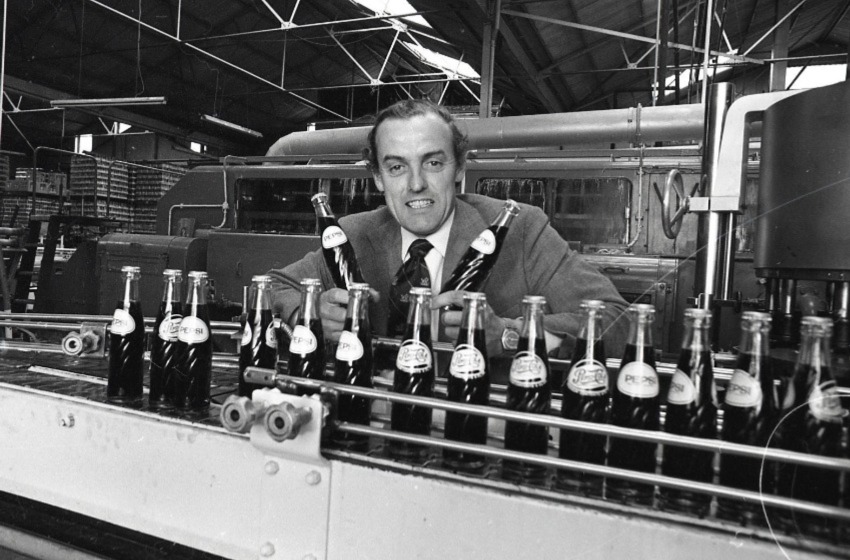 He continued: "Ian was a Herriot Watt qualified brewer, as well as an exceptional businessman - I still remember him in the boardroom discussing a new brew beer we wanted to produce and he, with that wonderful twinkle in his eye, going thoroughly into the various malts and hops he thought we should use and debate on the alcoholic strength, whilst the accountants in the room slowly nodded off!! Both of us grinning liking school kids. Happy times! RIP Boss."

Trish Elyatt, meanwhile, worked as Mr Steven's Secretary from 1980, enjoying Ann Street so much that she continued in the "family" for the next 26 years.

Reflecting on his "far reaching" interests and "thirst for knowledge in any and every direction", she said the "one-off" Mr Steven was "one of the most intelligent and interesting people I have ever met". 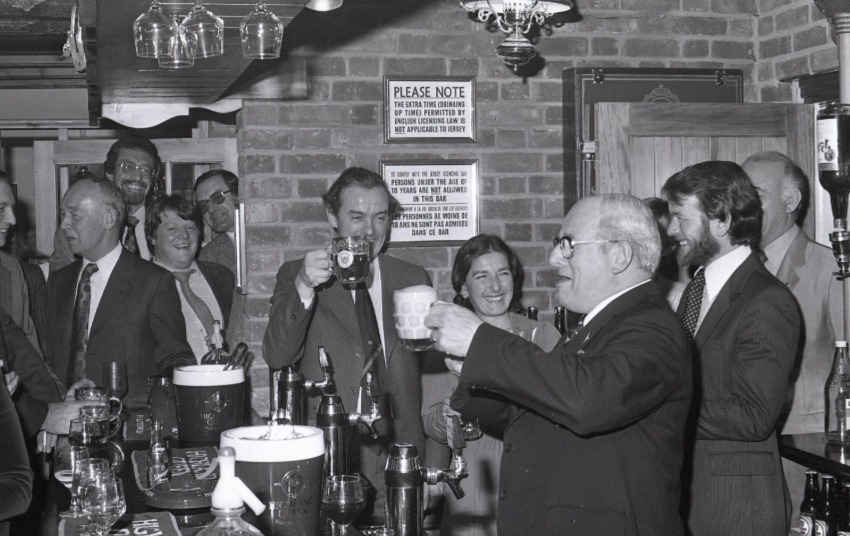 "I was extremely fortunate, as a restless soul, to be able to work in many areas of the company. Having decided to give up secretarial work he let me run two of the brewery pubs - The Lantern Tavern and then Tigers Bar. I then became Marketing Manager for the company and, finally, as MD for the Imperial Tobacco agency and Aztec Vending. He was always there to give guidance if needed, but those of us in senior positions were given total responsibility for our operations.

"I could wax lyrical ad infinitum - such a great sadness."

Lester Pyatt remembered a man who was "so positive and passionate about everything the was Ann St Brewery group" and who "commanded total respect from his team and in return displayed tremendous loyalty to those employees."

Even those who had little interaction with him were awed by the leader. 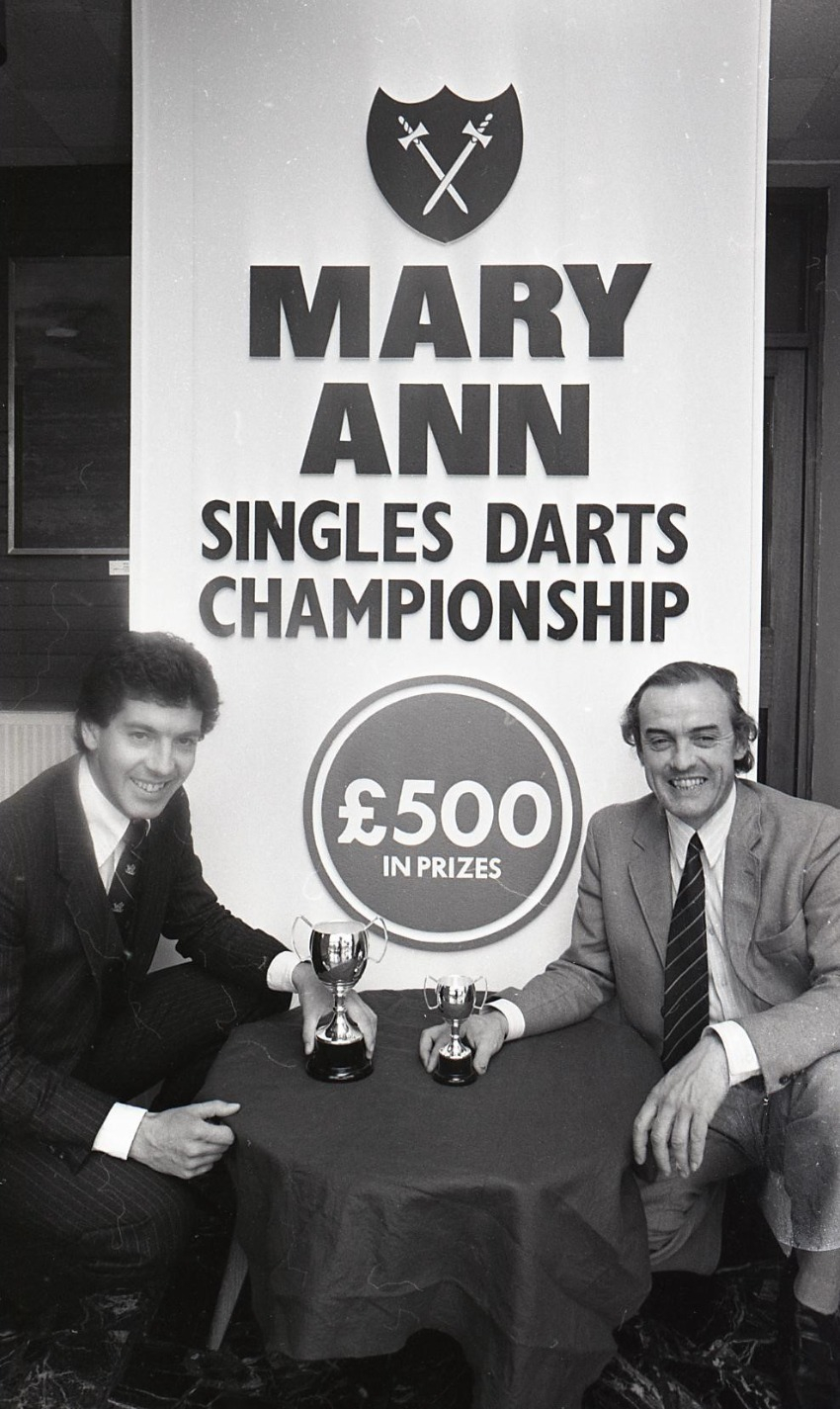 "He seemed an iconic figure at the Ann Street Group and throughout the islands, and was respected for his knowledge on a wide range of topics from brewing through to botany."

The respect even extended to competitors. 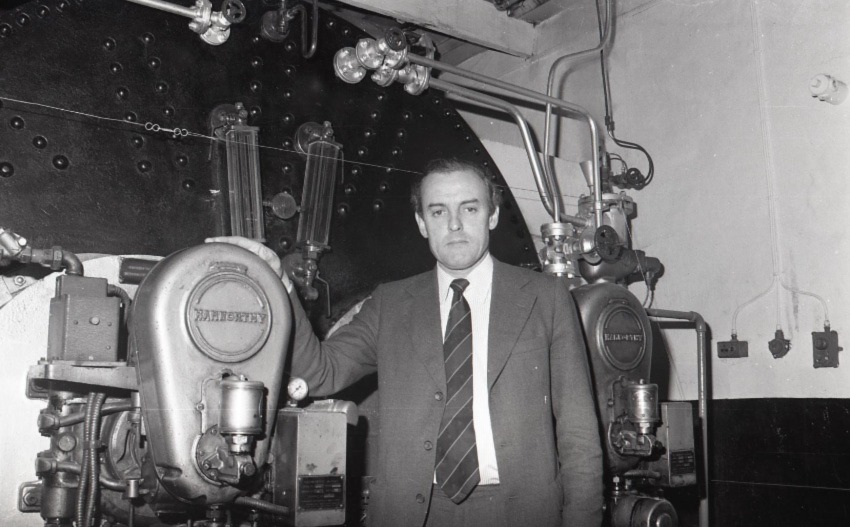 Pictured: Ian Steven for an interview regarding the review of the Licensing Law. (Jersey Archive/JEP)

Current boss of key competitor Randalls, Gavin Reid, was also praising of the "lovely gentleman who clearly knew how to put people at ease despite his significant position, and equally happy to acknowledge the merits of one of his closest competitors."

"I do recall when I first started with Randalls as an Assistant Manager at Chambers (circa 1996) that I had the pleasure of meeting Ian when he attended a lunchtime function there," Mr Reid reflected.

"I remember a few of my colleagues telling me that he was the MD at Ann Street and to make sure he was suitably impressed with Chambers. I was therefore quite nervous serving him, however he took time to ask me what my role was and how long had I been working at there, and commented on what a wonderful place Chambers was. A lovely gentleman who clearly knew how to put people at ease despite his significant position, and equally happy to acknowledge the merits of one of his closest competitors."

This poem, kindly shared by the Liberation Group Archive, sheds light on the kind of character Mr Steven was, and the deep admiration his colleagues had for him... 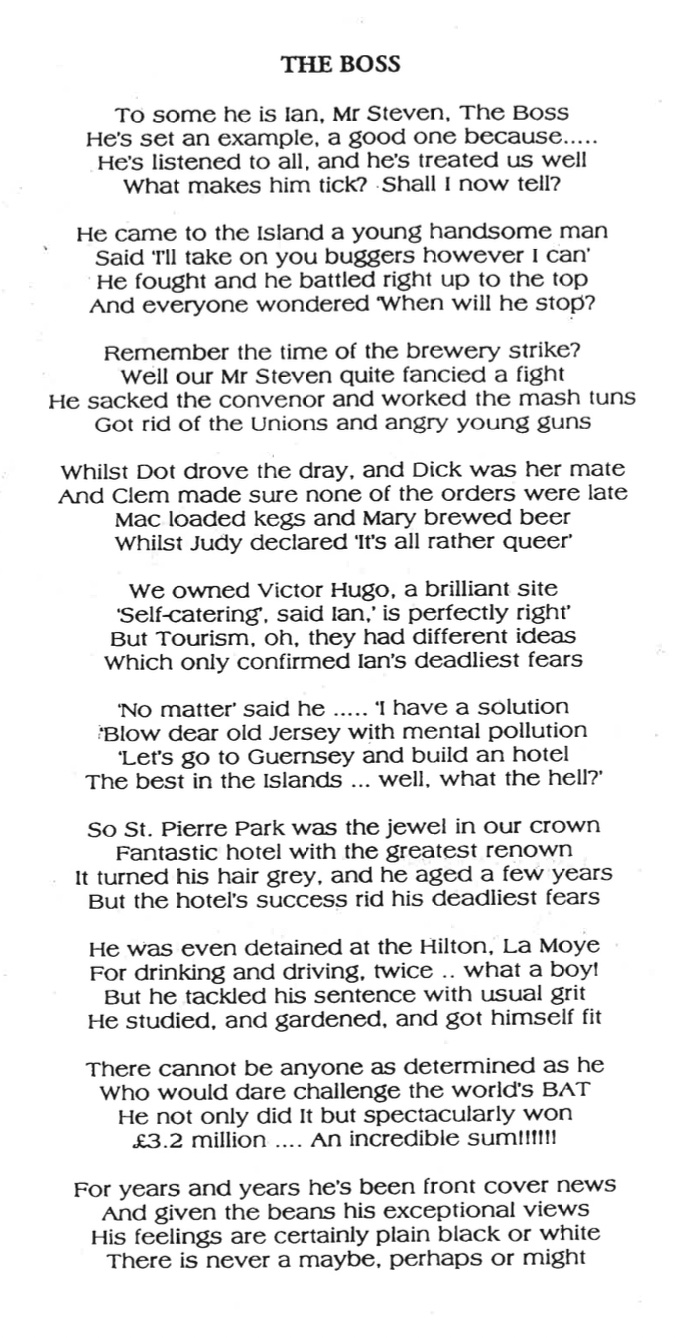 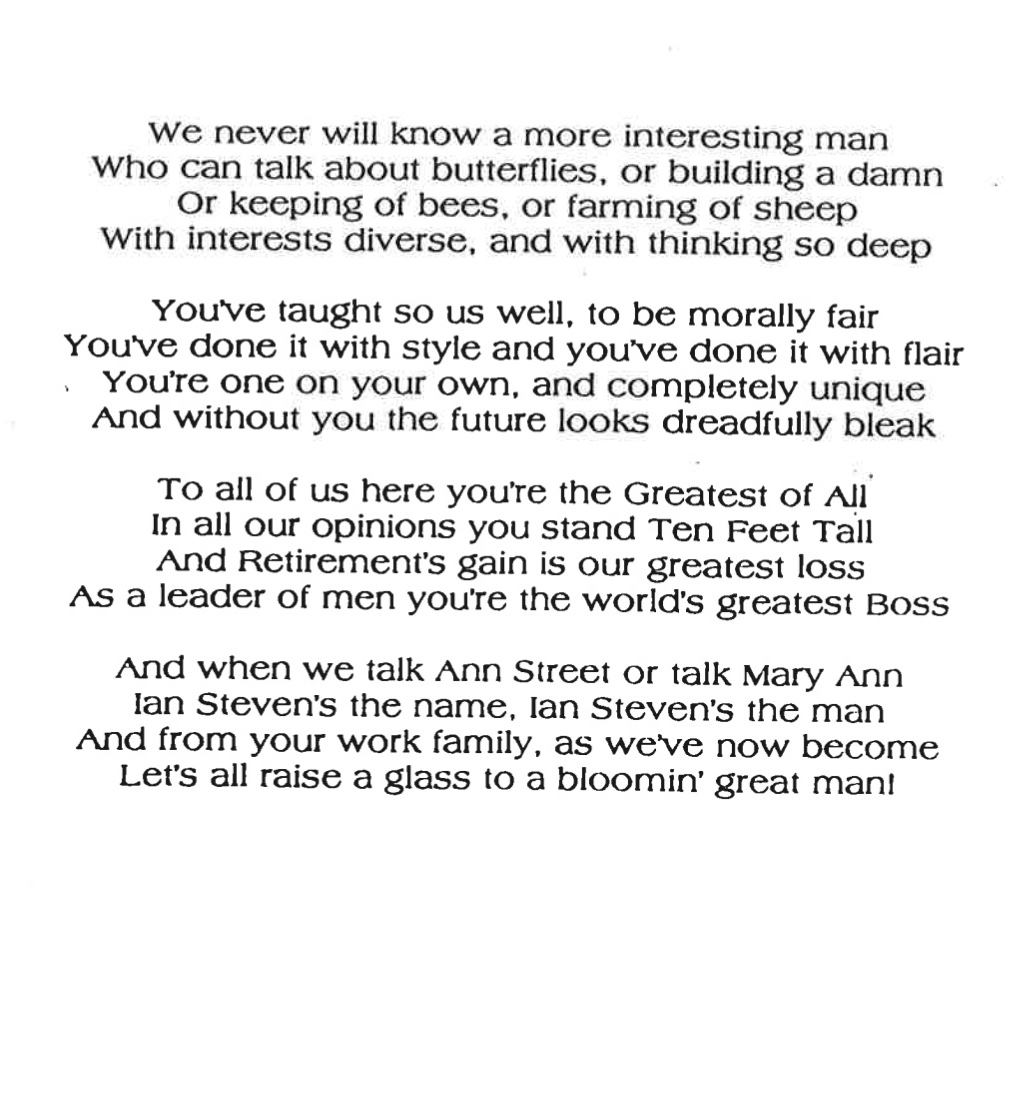 Posted by Svante Arrhenius on Oct 4th, 2022
They don't make them like that anymore, an amazing character who achieved much.
Posted by Paul Troalic on Oct 4th, 2022
Seems like a lovely bloke and a great boss.
Remember him well in the 70s and 80s. Quite a character clearly. Heaven has gained a great businessman, a great person. RIP.
To place a comment please login Login »