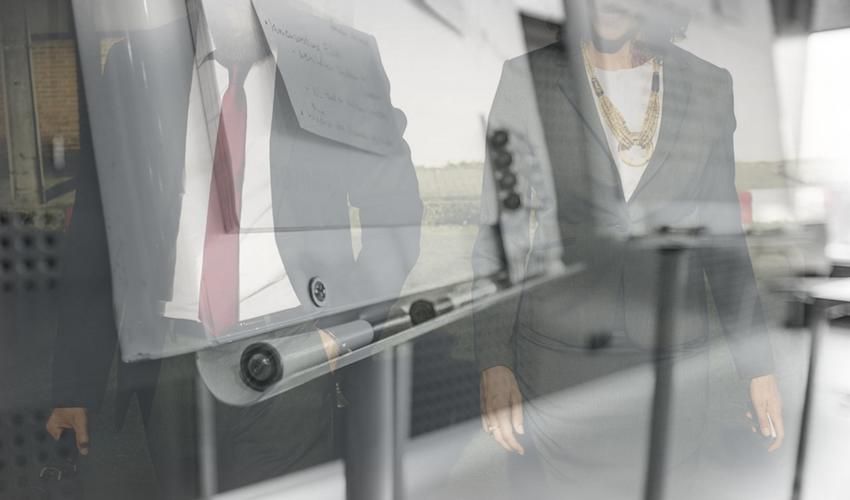 The Chief Minister has denied an allegation that there is a “glass ceiling” in Jersey education, blasting the notion that female teachers struggle to progress to senior roles in schools as “factually incorrect.”

The comments from Senator John Le Fondré came in response to the findings from the Gender Pay Gap Review Panel - a group of politicians tasked with assessing the difference in average earnings of men and women in Jersey - who raised many concerns about economic and cultural barriers to women in the workplace.

While the Chief Minister agreed with many of the panel’s observations, he flatly denied the finding that “there is a glass ceiling in education.”

The Panel, chaired by Deputy Louise Doublet and comprising Senator Kristina Moore and Deputies Kirsten Morel and Jess Perchard, sought to investigate the gender pay gap in Jersey by seeking views of employees and employers in the public and private sectors.

Pictured: The review established that there is a gender pay gap in Jersey.

That work resulted in a report, which concluded that “there is a gender pay gap in Jersey", stimulated by factors including: "gender stereotypes, occupational segregation, unconscious bias, glass ceiling, domestic commitments and caring responsibilities.”

While noting that they lacked "wide-ranging statistical evidence" on the pay gap itself, among the Panel's more specific findings was an allegation that there was a "glass ceiling" in Jersey's education sector.

"There are over twice as many female teachers than male teachers, but when it comes to the most senior role of headteacher there are more male heads than female heads. With more women than men working in our schools, the Panel would have expected to see a greater proportion becoming headteachers,” the Panel wrote.

But, in an official Ministerial response taking each of their findings in turn, the Chief Minister blasted the suggestion as “factually inaccurate", stating that "it does not reflect the detailed recruitment process that the Education Department undertakes for headteachers.”

Pictured: The Chief Minister refuted that "there is a glass ceiling in Education."

The response explains that a recent review of this process by the Jersey Appointments Commission – which was carried out at the request of Minister for Education Senator Tracey Vallois – found that “whilst improvements could and should be made, the process was fit for purpose for the recruitment of headteachers on merit.”

The Chief Minister’s response said that the Panel were correct in thinking that there are more women in teaching than men – “the most recent date shows that 73.2% of our teachers are women” – but he said that this is also true of the island’s headteachers.

He explained: “The majority of headteachers of our 28 mixed Government of Jersey schools (22 primary, five secondary, two special schools) are female. The four fee-paying schools all have male heads. (N.B. the last four appointment rounds for the two prep schools each had only one applicant, male in each case.)

“The total number of headteachers and deputy headteachers is predominantly female: 54.9% female to 45.1% male.”

In their report, the Panel also alleged that they had “received evidence that teachers are being actively discouraged from making formal requests for part-time work”, but this too was refuted by the Chief Minister.

His response read: “Part-time requests are considered in the context of the best interests of pupils in the school.

“Where a job request has been refused, this is generally because of subject shortages which could lead to a detrimental situation for pupils."

Pictured: The Chief Minister responded to the Panel's findings.

The review’s finding was informed by evidence from one teacher telling them that they had been discouraged from going part time, but the Chief Minister pointed out: “Whilst concerning that even one teacher would report this, it is important to note that this evidence does not confirm that more than one teacher has been discouraged. States Employment Board policy is clear that as the employer, we encourage flexible working.”

Despite this, the response acknowledged that there are "structural issues as part of the licensing process, which precludes licences being issued to employees who work less than 30 hours per week.”

Responding to the Panel’s overarching finding about the pay gap, the Chief Minister said: “It is generally accepted that there will be a gender pay gap in Jersey, as there appears to be in any developed economy. Jersey will not be unique.

“It is important to engage with all the key stakeholders in the private, public and third sectors to encourage awareness and discussion about this important subject. It is proposed to request Statistics Jersey to consider how information can be collected and analysed in a proportionate manner to the size of our economy.”

The response also indicated that the Government of Jersey’s report on the gender pay gap in the public sector will be published in late September/early October.

The report concludes by saying that the Council of Ministers “welcomes” the Panel’s report “applauds the hard work that has gone into the production of a wide-ranging review of the issue in Jersey.”

Stats Unit struggle to access gender pay data
Is there a gender pay gap in the public sector?
Panel set up to investigate pay gap