Is there a gender pay gap in Jersey's public sector? 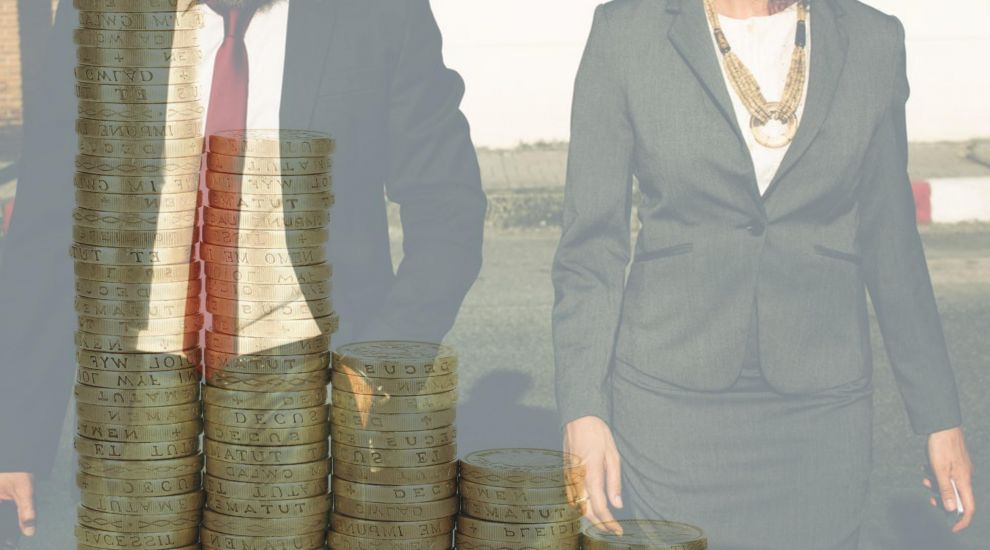 Is there a gender pay gap in Jersey's public sector?

Despite there being twice as many women as men in the public sector, they earn less and are under-represented in the higher paid positions, with only one woman earning over £150,000 compared to 10 men, figures have shown.

Health Minister and Chairman of the States Employment Board Senator Andrew Green released the statistics following a question from Deputy Louise Doublet.

It comes after the States Statistics Unit announced that they weren't able to provide figures on the matter because they hadn't been granted access to the necessary information. 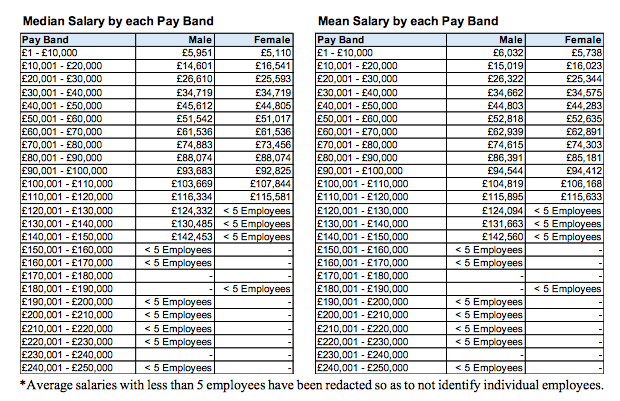 Deputy Doublet started investigating the possibility of a gender pay gap in the public sector two years ago after hearing concerns from islanders. She first asked the Chief Minister, Senator Ian Gorst, if there was any data supporting people's views - 43% of people said in the 2014 Annual social survey that they thought men earned more than women for doing the same work in general.

While there was no data at the time, the States have now approved a new law to allow the Statistics Unit to operate independently from the States, which means it will be able to access information from all government departments as well as the private sector. This will allow the unit to access data about islanders' earnings and compare them with Guernsey, whose 2017 e-census revealed there are more Guernsey men than women in all pay brackets above £30,000 a year, while there are more women than men in all of the brackets below it.

Pictured: The Annual Social Survey in 2014 showed that 43% of islanders believed that men earned more than women in general, although 61% didn't believe it happened in their workplace.

Looking at the figures released by Senator Green, Deputy Doublet said she was surprised to see the level of some salaries. "Why are we paying such salaries in the States is another question," she said. But she was even more surprised to see there were so many women employed in the public sector.

She explained: "When you are actually interacting with the public sector at a policy level as a States member, it’s very often male officers at that higher policy level which I think is reflected here, and that needs to be balanced out a bit. We are making decisions for a population which is round about evenly split between men and women so we need to be making sure that the people who are making those policy decisions - both in the States Assembly and higher officer levels - should be ideally representative of the population."

As the largest employer in Jersey, the States should be setting an example, according to Deputy Doublet, who says that they are not at the moment. "When you look at the lower pay bands, overwhelmingly the lower paid workers are female. 88% of those earning under £20,000 are female. And yet Jersey has one of the highest percentages of families where both parents are working, in the world I think.

"This needs to be looked at along with those figures. Because if men and women are sharing the childcare at home and they are both working - one of the biggest reasons why people might say there is a gap is because women are at home looking after the children - if we have got another statistic saying actually that most parents are both in the workplace then that reasoning falls away. There is definitely more work to be done here." 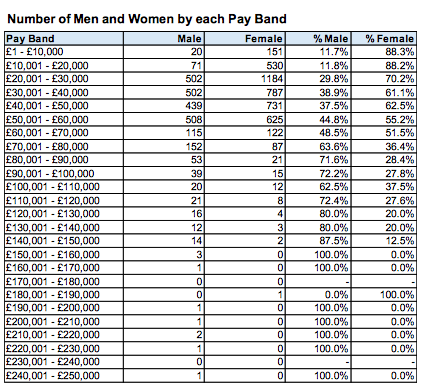 Pictured: Men are more represented in high earning jobs in the public sector than women, who mostly earn under £70,000.

Deputy Doublet said that the difference in pay could not be explained only because of a difference in skills. "I would like to know what the barriers are to women progressing past these points [earning above £70,000 and £150,000, ed]. There is almost two glass ceilings there. I would never ever advocate for somebody to be given a job just because of their gender. But we do have to go back to the assumption that women and men are equally as capable in terms of the jobs they can do. There is very few jobs where a man or a woman is naturally better than the opposite sex.

"I know there has been things in the news about nurses not being given a pay rise and I know a lot of teachers are unhappy with their conditions, mostly their working conditions. I don’t think it’s a coincidence that those professions are predominantly female professions. I would like to dig deeper in those professions and see where women start hitting barriers in terms of progressing, for example how many senior teachers are male or female? And does the percentage of women and men entering the profession does it stay the same? There is a lot more work to be done around this."

For Deputy Doublet, the gender pay gap issue is not only about equal pay between men and women, it could also mean that the States, and the island as a whole, could be missing out on the input of experienced individuals. If women earn less than men, they are more likely to be the ones who will stay at home looking after the children. It will in turn mean that they will earn even less by taking time out of their career.

"It is like a self-perpetuating cycle. I don’t have the answers to this but I think it is a conversation we need to have as an island, at some point we need to intervene in that cycle, for men and women. My rationale for looking at this is that I think we are missing out on the talent of so many incredible women and I want to see equality for men and women," she said. 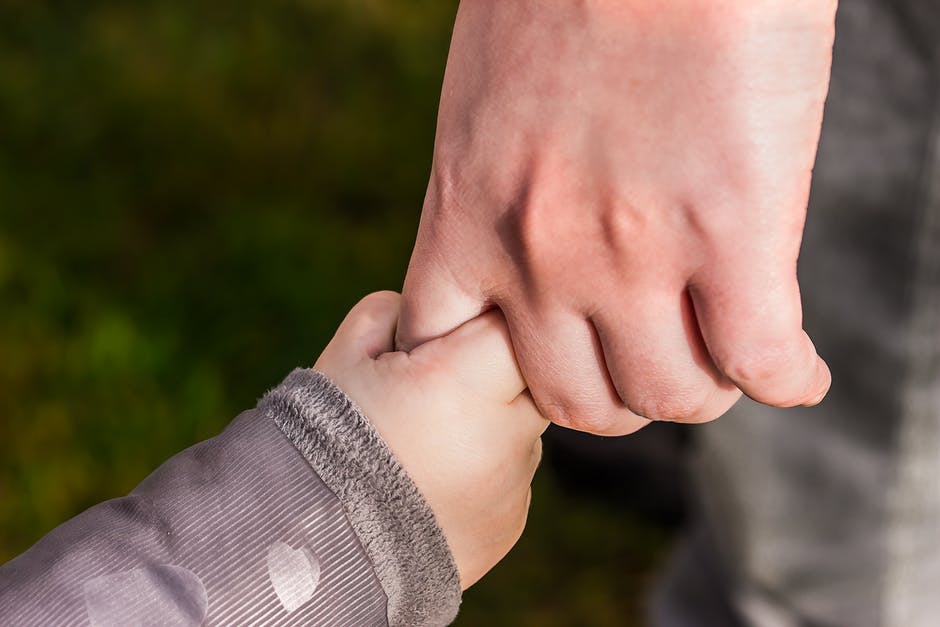 Pictured: "Men should have the equal rights to care for their children if that’s what they would like to do," Deputy Doublet argues.

"In the public sector, the public deserves to have the best people in the job and if there is tens, possibly nearly hundreds of women missing from these higher levels, then what kind of expertise and insight are we missing out on as the public of Jersey? I think it is about time we start contemplating the impact of gender on our public services’ decisions, to make the public sector the best that it can be. It’s about fairness and having the best policy decisions and making use of that female talent which I think is being under-utilised at the moment."