Comment: Kerry-Jane Warner takes her pick of the arts 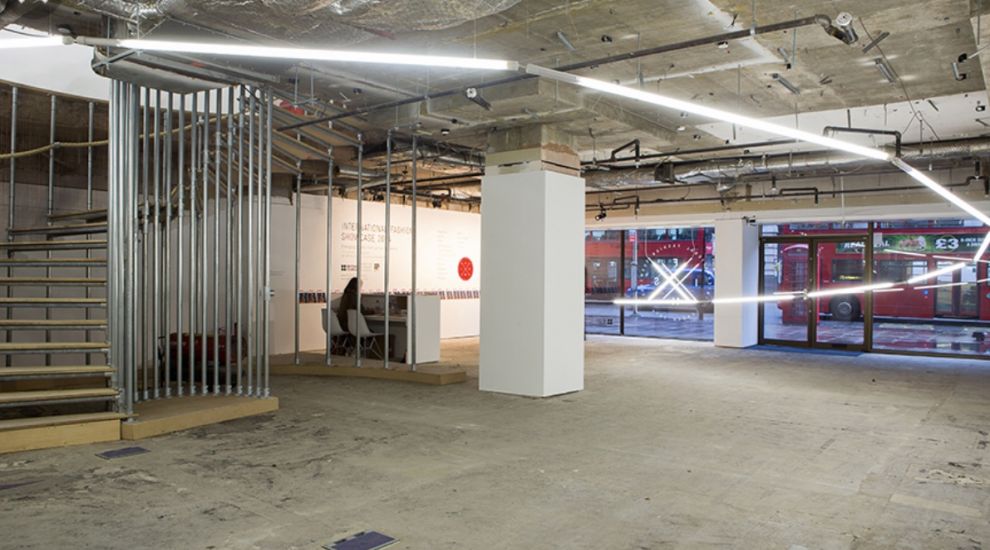 Comment: Kerry-Jane Warner takes her pick of the arts

Every month on Express, Arthouse Jersey present their 'pick of the arts' - put together by local artists - to help you choose exactly what you would like to go and see.

First up is local print-maker and ceramicist, Kerry-Jane Warner, who picked her two favourite galleries.

"Probably my favourite London gallery is the Hayward Art Gallery. I first went there in 1976 on a school art trip where our wonderful Hautlieu art teachers exposed us to the mind-expanding delights of Cranks Wholefood shop; (this when we had only recently been introduced to the delights of commercial yogurt in Jersey!) then ‘Equus’; the play by Peter Shaffer (no words) and ‘Sacred Circles’ an exhibition of the art and craft of the First Nations of Canada and America at the Hayward Gallery.

"There are moments in our lives which shape us and this trip was certainly a massive one for me. The thrill and excitement of discovering first hand real creativity in food, theatre and art was truly wonderful and to a 16 year old ‘island girl’, showed the promise of what lay beyond. I had found a path and a couple of years later I trotted off to art school where felt I found my tribe.

"Over the (many!) years living in the UK and back in Jersey, visits to the Hayward have always been a top priority pilgrimage for me. I have always been taken by it’s brutalist aesthetic, all that concrete and the intriguing proportions of its gallery spaces, hidden corridors and staircases. It has hosted many of my favourite exhibitions. 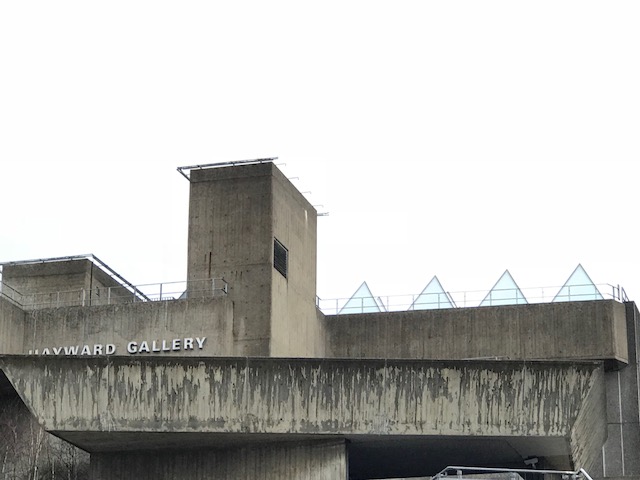 Pictured: The Hayward Gallery in London has always been a top priority pilgrimage for one of Kerry-Jane Warner.

"In September 2015 it closed for a lengthy refurbishment to reinstall the original 66 glass pyramid roof lights and let controlled natural light into the upper galleries - they had originally been conceived by Henry Moore when the gallery first opened in 1968 but had been badly made and were almost immediately hidden with a false ceiling to prevent leakages.

"So my regular visits were curtailed. However, in keeping an eye on it’s progress and in looking for the re-opening date, I discovered a new venue; another brutalist landmark, a take-over space for the Hayward to host a liminal exhibition, an off-site show, in fact the inaugural exhibition of 180 The Strand (pictured).

"Designed by Frederick Gibberd, a trailblazing brutalist architect back in 1971, the building which had most recently been occupied by a large accountancy firm was sold to a developer who was then unable to make progress due to a preservation order. So this fantastic space, a derelict interior of chipped concrete, exposed steel and ripped out sockets has become a vast light filled blank canvas for artistic invention. Someone told me that a peppercorn rent has allowed for it to be taken over by The Store X The Vinyl Factory and a wondrous array of contemporary works have been exhibited to date." 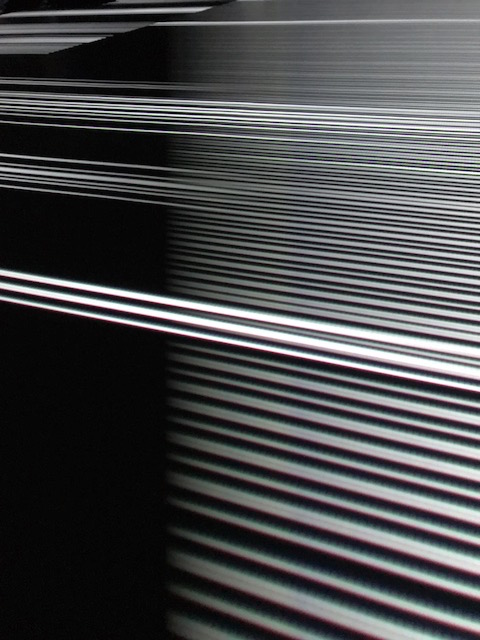 "I was lucky enough to go to this opening exhibition: ‘The Infinite Mix’ was a contemporary, experiential, immersive video exhibition of sound and vision. The pieces which stood out for me were ‘Test Pattern’ by Ryoji Ikeda. Ikeda converts data into monochrome binary patterns which are generated in real time and projected onto the walls and floor of a box-room. The best way to experience it was to sit on the floor which most people were doing as it was very intense and disorientating and created a highly charged kinetic environment in which you felt you might fall over at any moment. He merged the borders of art, space, sound and light to create a piece which left you feeling befuddled and other worldly - in a good way!

"And then after wending your way through all the spaces and many fascinating, challenging works, you ended up at an incredibly emotional piece by Arthur Jaffa projected in a tent on the roof. “This is the Message, The Message is Death” a history of African-American identity.  Jaffa ‘poignantly embodies the artist’s desire to create a cinema that replicates the power of Black Music. Set to Kanye West’s gospel-inspired hip-hop track, ‘Ultralight Beam’ Jaffa suspends the viewer in a cleverly edited, impassioned montage of found footage. Jaffa  has previously worked with Spike Lee and Beyoncé. 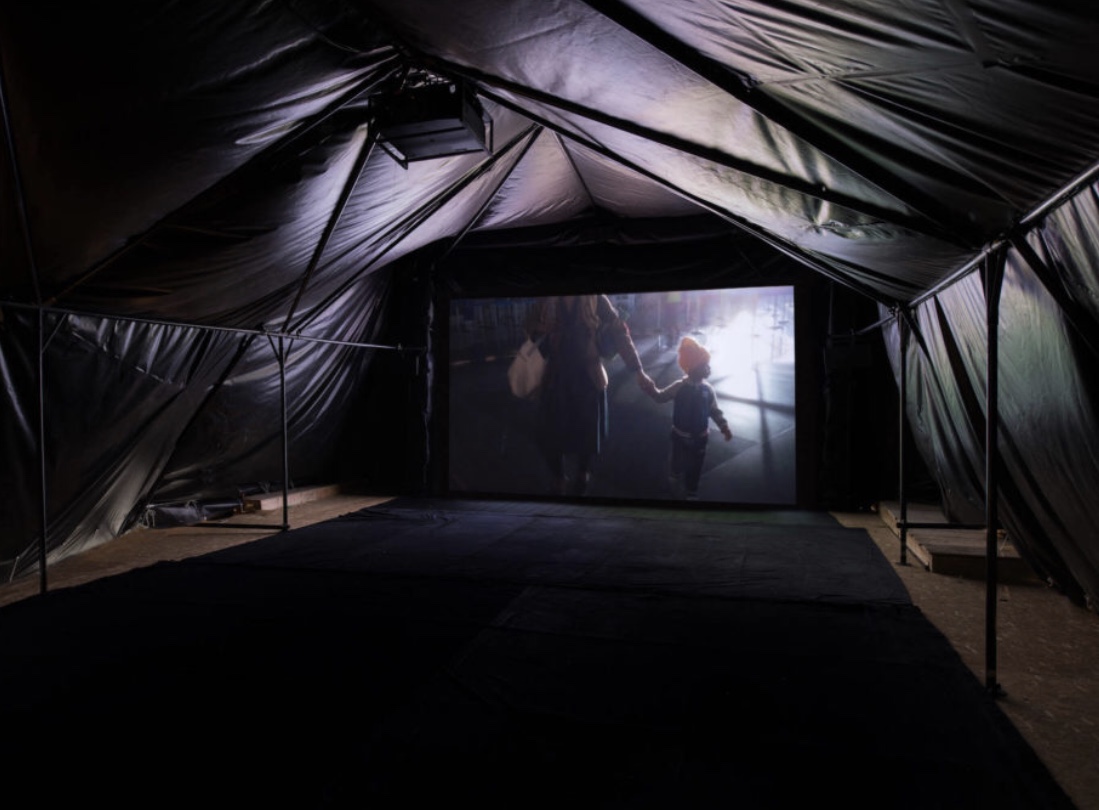 Pictured: Kerry-Jane describes Arthur Jaffa's 'This is the Message, The Message is Death' as an "incredibly emotional piece."

"Since the outset, the gallery has hosted many highly creative and often collaborative events. Louis Vuitton took over to create a huge 13 room installation showing the stages of the creative process to produce that season’s collection. Jack White collaborated with Punchdrunk Theatre company to transform the basement into an abandoned hospital in which he performed to a select audience of super-fans.

"Most recently, and curated by Wes Anderson himself, there has been a show of the intricate sets which make up the city of Megasaki in ‘Isle of Dogs’ along with the original puppets. If you were lucky enough to go, you could purchase a copy of the limited edition 4 track EP from the sound track available exclusively at the show.

"I’m so happy the Hayward and it’s wonderful, newly light filled galleries has reopened and I’m delighted that I was lucky enough to go to the press opening of the incredible Andreas Gursky exhibition with the artist in attendance but I am equally thrilled to have discovered 180 The Strand - another moment in my life; some 40 years after my first Hayward moment but equally as exciting."